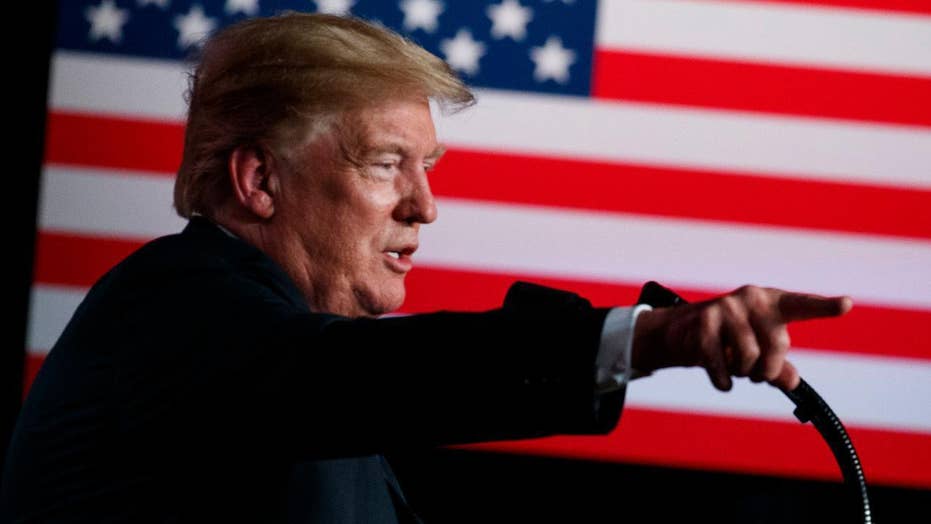 The president speaks to supporters in Fayetteville, North Carolina.

President Trump on Monday tweeted a dramatic photo of a lightning strike behind Air Force One shortly before arriving for a campaign rally in North Carolina.

The photo was first tweeted by CNN politics supervising producer Steve Brusk, who noted that Trump “had to cancel his planned tour of Hurricane Dorian damage because of thunderstorms in Fayetteville, NC.”

“This was a lightning strike behind Air Force One shortly after he arrived.” Brusk wrote.

The president's visit to North Carolina comes three days after Hurricane Dorian made landfall there, with maximum sustained winds around 90 mph. Days earlier it lashed the Bahamas as a Category 5 monster hurricane.