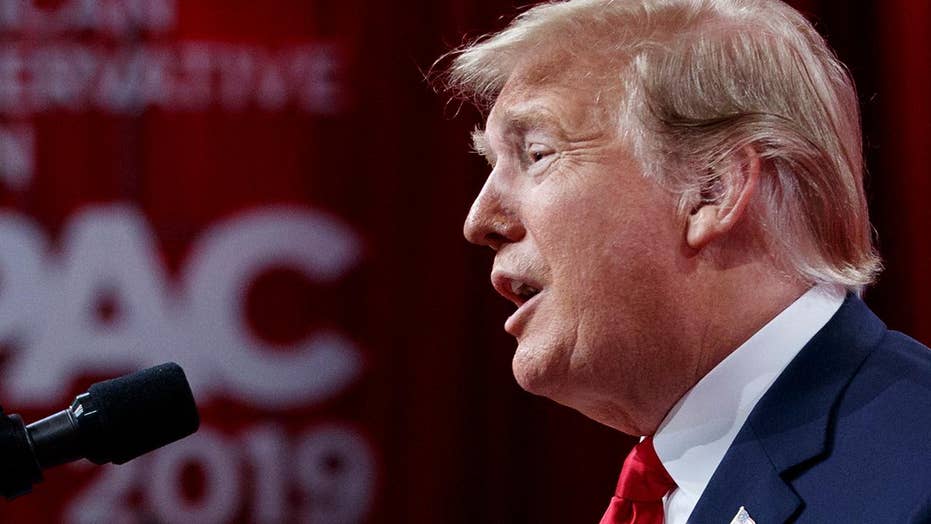 President Trump is expected to speak at the Conservative Political Action Conference on Saturday for the fourth time in his presidency.

“Look forward to being with all of my friends and supporters @CPAC on Saturday, February 29th! #KAG2020,” Trump tweeted over the weekend.

Trump has addressed CPAC every year since taking office in 2017.

Vice President Pence is also expected to speak at CPAC later this week.

The premier annual conservative conference, CPAC will be held Feb. 26-29 at the Gaylord National Resort & Conference Center at National Harbor outside, Washington, D.C.

The event will feature Republican lawmakers, White House officials, officials from Trump’s re-election campaign, and members of the conservative media.

CPAC AIMS TO TURN TABLES ON DEMOCRATS AFTER IMPEACHMENT SAGA

Fox News has learned that CPAC will consist of a five-part program highlighting in part the efforts by political rivals to investigate him and his associates. The program will aim to turn the tables on Democrats in the wake of both the Russia collusion investigation and impeachment of Trump.

CPAC will also broadly focus on “protecting” America and combating socialism, in an election year when the leading Democratic candidate, Sen. Bernie Sanders, is a self-described democratic socialist.