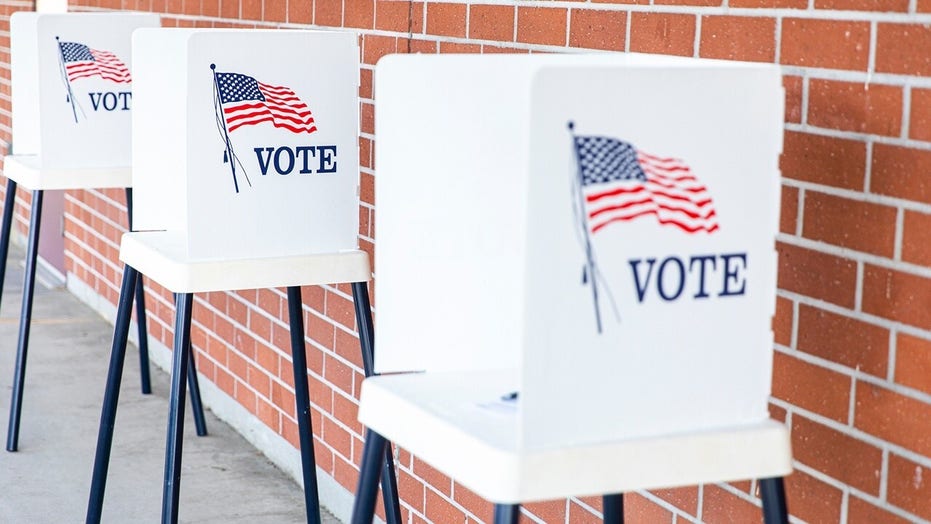 McAuliffe and Youngkin in tight race days ahead of Virginia election

Fox News correspondent Rich Edson has the latest on where each gubernatorial candidate stands on the campaign trail.

In a dead-even showdown for Virginia governor in a race with plenty of national implications, any little development in the final days before Tuesday's election could have major reverberations.

Enter former President Trump, who's not on the ballot but is front and center in the face-off between former Democratic Gov. Terry McAuliffe and Republican nominee Glenn Youngkin. Trump appeared to tease that he may head to Virginia but didn’t say if his trip would come before or after Election Day.

"Chanting, ‘We love Trump’ in Arlington, Va. Thank you, Arlington, see you soon!" the former president wrote Wednesday in a statement released by his Save America political organization.

AS CLOSE AS IT GETS: MCAULIFFE-YOUNGKIN GUBERNATORIAL SHOWDOWN IN VIRGINIA REMAINS DEADLOCKED

The former president was referring to chants of "We love Trump" by protesters who briefly interrupted President Biden on Tuesday night, as he headlined a large rally for McAuliffe in Arlington, in the commonwealth’s heavily Democratic suburbs of Washington, D.C.

Save America communications director Taylor Budowich, in tweeting out Trump’s statement, added that "Virginia loves President Donald J. Trump and his MAGA movement will be delivering a major victory to Trump-endorsed businessman @GlennYoungkin. President Trump looks forward to being back in Virginia! Details will be released when appropriate."

But hours later, sources close to the former president indicated to Fox News it’s unlikely that Trump – who’s expected to attend Game 4 of the World Series in Atlanta on Saturday evening – would stop in Virginia before Tuesday’s election.

Trump’s endorsement of Youngkin in the spring helped the first-time candidate and former private equity CEO, who hails from the business wing of the party, win Virginia’s heavily contested GOP nomination.

Trump remains very popular with Republican voters in Virginia and across the country, and extremely influential with GOP politicians, as he continues to play a kingmaker’s role in the party and repeatedly teases another presidential run in 2024. But the former president remains unpopular among Virginia’s overall electorate, according to the latest polls, in a state he lost by 10 points to Biden in last November’s election.

Former President Trump walks off the stage at the end of a rally on Sept. 25, 2021, in Perry, Georgia.  (Sean Rayford/Getty Images)

McAuliffe doesn’t miss a chance to link Youngkin to Trump at his rallies and events, in his campaign commercials, and in media interviews.

Soon afterward he put out a statement once again tying the GOP nominee to the former president, claiming that "Glenn Youngkin’s entire campaign has been a full embrace of Donald Trump’s dangerous extremism."

TRUMP, BIDEN, NOT ON THE BALLOT, BUT CENTER STAGE IN VIRGINIA GUBERNATORIAL SHOWDOWN

The episode appeared to give the former governor a quick fundraising boost. McAuliffe’s campaign hauled in $500,000 on Wednesday, according to sources, which is considerably more than its average daily take during the final days ahead of the election.

While McAuliffe’s teamed up at rallies with Biden, Vice President Kamala Harris, former President Obama and other top Democrats, Youngkin has eschewed stumping with Trump and other top GOP surrogates in a state where Republicans haven’t won a contest for governor, lieutenant governor or attorney general in a dozen years.

As he kicked off his current statewide bus tour, Youngkin emphasized that he wouldn’t be campaigning with top surrogates and instead would feature "everyday Virginians."

Youngkin’s campaign appeared to be surprised by the Trump statement.

The conventional wisdom is that a last-minute Trump rally would have been a political gift to McAuliffe, allowing him to fire up Democrats and break through his party’s perceived complacency.

"It would have been absolutely a gift wrapped box under the tree for the McAuliffe campaign and that’s why you see they were so anxious to jump on it and so hopeful that it might happen," Tucker Martin, a veteran Virginia based GOP consultant, emphasized.

Martin, a veteran of numerous GOP gubernatorial campaigns in Virginia and communications director for then-Gov. Bob McDonnell, the commonwealth’s last Republican governor, told Fox News "I just never thought (a Trump rally) would happen. He doesn’t want to come into an uncertain landscape and then potentially take blame if things go wrong. That doesn’t suit who Trump is and how he tries to control the narratives."

But another veteran Virginia-based GOP consultant disagreed, arguing "to actual undecided voters out there making decisions on whom to vote for, I don’t the former president showing up would change much."

"There’s nothing new here. He’s been a part of the race already, because Democrats have laid out a strategy that made him front and center," the consultant, who asked to remain anonymous to speak more freely, said. "I don’t think it would have changed as much with voters that will decide this election as Terry McAuliffe and the Democratic machine would have hoped."