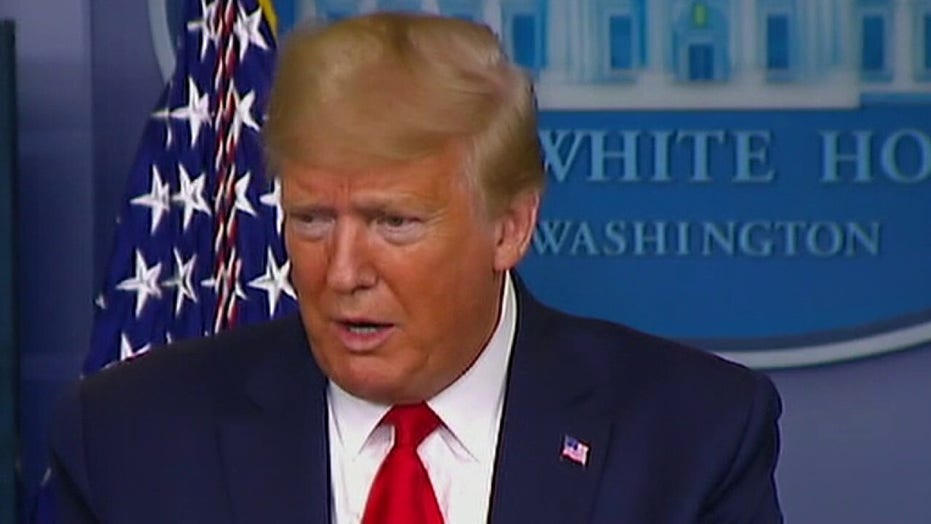 President Trump says he, not governors, will decide when coronavirus lockdown ends

The Trump administration battles state governments over the power to ease restrictions due to the coronavirus; chief White House correspondent John Roberts reports.

President Trump, who previously warned on Twitter that the country's efforts to halt the spread of coronavirus cannot “be worse than the problem itself," appears poised to begin reopening parts of the economy as unemployment soars to Depression-era levels and residents of several states chafe under orders to stay in their homes.

The unusual and dramatic restrictions put in place by federal, state and local governments relying on projections from epidemiologists have caused the economy to grind to a halt and prompted many Americans to claim that their civil liberties are another casualty of the disease. People have been barred from going to church, visiting relatives and holding weddings and funerals. But Trump's main concern appears to be the economy, which has shed more than 16 million jobs in just three weeks.

“If it were up to the doctors, they may say, ’Let’s keep it shut down ― let’s shut down the entire world,” Trump told reporters last month. “You can’t do that with a country ― especially the No. 1 economy anywhere in the world, by far … you can’t do that. It causes bigger problems than the original.”

On Monday, Trump told reporters that he has “total” authority on when to reopen the U.S. and said he believes that the economy will "boom" once he gives it the green light. He said he has a new task force that will be focused solely on that task. He said that he has been holding discussions with senior aides on how to roll back federal social distancing recommendations that are set to expire at the end of the month. He stressed that he wants Americans to be “very, very safe.” 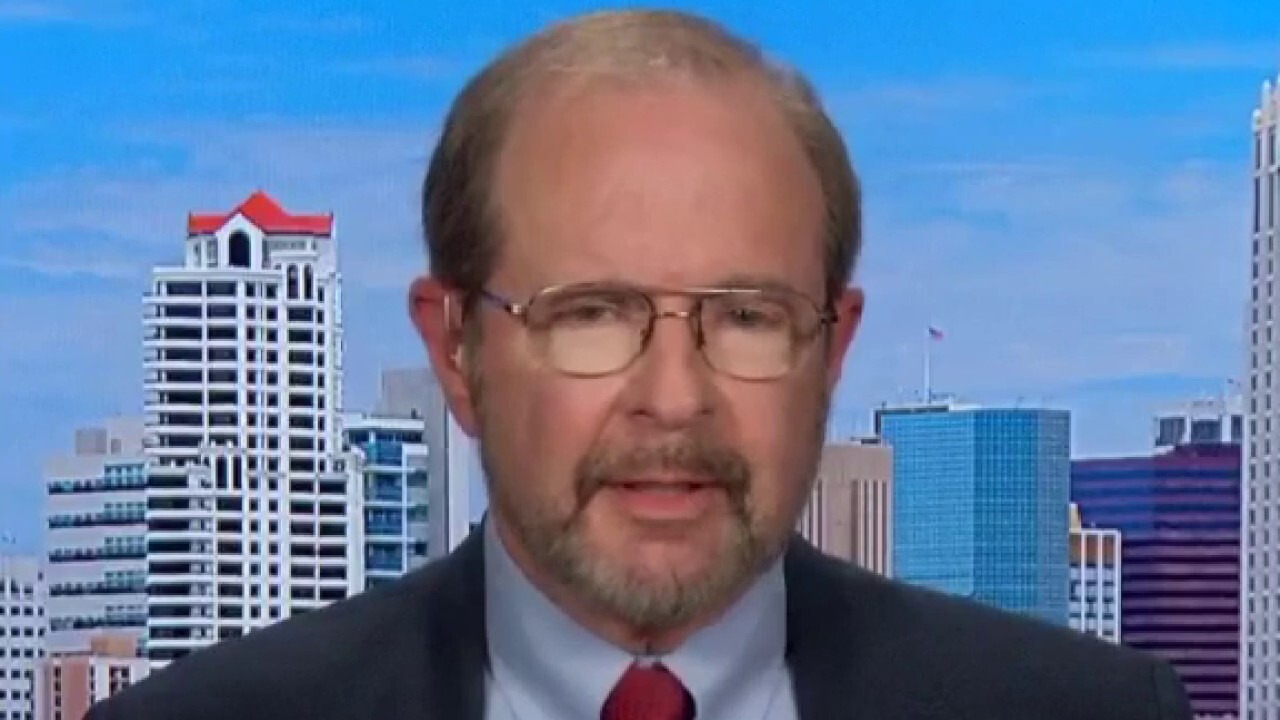 But there are huge risks in restarting the nation, primarily that the deadly virus could regain momentum. Trump has said the call confronting him is "the biggest decision" of his lifetime.

Health officials are still learning about the coronavirus’ transmission and — since its early days in the U.S. — have stressed that the most effective way to protect yourself from the virus is to practice social distancing and proper hygiene, like frequent handwashing.

Until there is herd immunity, a cure or a vaccine, the threat to the public will likely remain.

Little has changed from the federal government’s 100-page response plan last month that warned that the coronavirus will last for “18 months or longer,” according to The New York Times.

“It’s not going to be a light switch that we say, ‘OK, it is now June, July, or whatever, click, the light switch goes back on. It’s going to be depending where you are in the country, the nature of the outbreak that you already experienced and the threat of an outbreak that you may not have experienced,” Dr. Anthony Fauci, the head of the National Institute of Allergy and Infectious Diseases, told CNN on Sunday.

Neel Kashkari, the president of the Federal Reserve Bank of Minneapolis, told CBS Thursday that, at best, the U.S. is looking at a mild recession, like in the aftermath of 9/11.

“If this is a three-month shutdown, we’ll find the bottom pretty soon,” he said. “If this is a yearlong shutdown, this could be very damaging to the U.S. economy, and most importantly, to the American people.”

Trump has said that the health of Americans is always at the center of his policy decisions. As of early Tuesday, Johns Hopkins reported that there were 582,607 official cases in the U.S. and 23,000 deaths.

George Lowenstein, a professor of economics and psychology at Carnegie Mellon University, told MarketWatch that it might be a “false dichotomy” to make the choice between human lives and the economy.

He said it is unclear what the long-term impact a severe depression would have on human life.

“It will dramatically decrease the quality of human life, and it will certainly kill people as well,” he said. He continued, “We’ve already had unprecedented levels of deaths of despair, and, if we lose a generation as a result of the coronavirus pandemic, that’s going to have mortality consequences.”

Trump signed a $2 trillion stimulus last month to help prop up small businesses and families across the  U.S. It was reported Monday that the $1,200 checks for qualifying Americans will be sent out this week.  Nearly 17 million Americans have filed for unemployment benefits since mid-March and the Wall Street Journal reported that the numbers are expected to keep worsening.

“We clearly are still processing individuals who are having a hard time getting claims through at the state level in addition to the large numbers of layoffs that corporate America is now doing,” Joseph Brusuelas, the chief economist for RSM US LLP, told the Journal. He said he would not be surprised to see the unemployment rate up to 20 percent, which rivals Great Depression numbers.

John Yoo, a University of California at Berkeley law school professor, recently told the Federalist Society in a phone call that there are clear limits on what the president and federal government can enact when it comes “to domestic affairs.”

Michigan Gov. Gretchen Whitmer, a Democrat, said “the government doesn’t get opened up via Twitter. It gets opened up at the state level.”

Trump himself has said that state governors should lead the response and for good reason. States like Wyoming, North Dakota, South Dakota and Montana all have under 750 cases. New York, on the other hand, has nearly 200,000 cases.

The Smithfield pork-producing plant in Sioux Falls was closed after hundreds of its employees tested positive for the virus, raising concerns that the country could be headed to meat supply issues.

"It is impossible to keep our grocery stores stocked if our plants are not running," Kenneth Sullivan, the company's CEO, said. 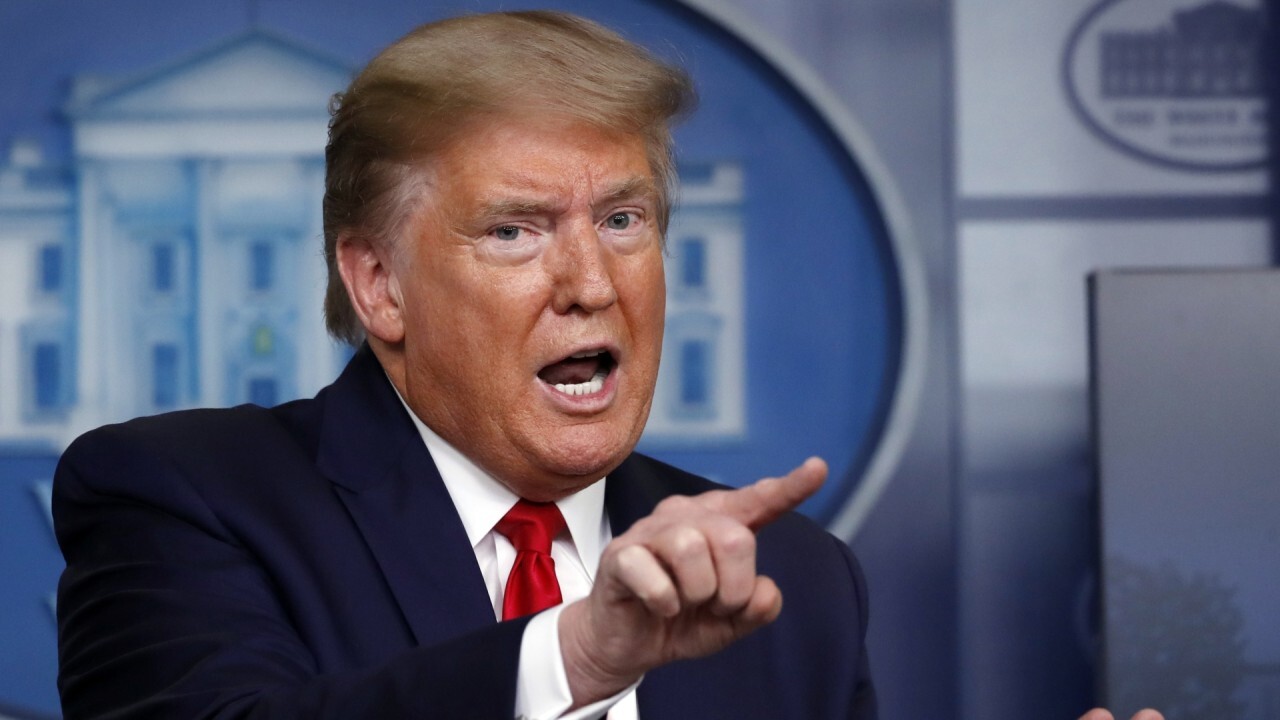 Six governors from states in the Northeast have formed a joint reopening task force after signs that the curve is flattening. Gov. Andrew Cuomo, the New York Democrat who is part of the task force, said that the economy will have to be slowly reopened.

“If you see [infections start rising] then you know you’ve opened the valve too fast,” he said.

CORONAVIRUS STIMULUS CHECKS ON THEIR WAY

Besides the country’s health and economy,  another concern for some Americans was how quickly individual liberties were sacrificed during statewide orders. Americans were told to stay indoors and state governments were tasked to determine which businesses were “essential” and which were “nonessential.”

CUOMO SAYS TRUMP 'DELIVERED' FOR NEW YORK, BUT CAN BE 'VICIOUS'

Pastors in some Southern states have found themselves on the wrong side of the law for allegedly breaking social distancing guidelines and holding public services. Some of these pastors questioned how a grocery store could be considered “essential” and a church “nonessential.”

Yoo, the Berkeley law professor, and Harmeet K. Dhillon, a lawyer, and Republican Party official, co-authored a column for the Hoover Institution that said under the Constitution’s system of federalism, “the authority to lift the quarantine orders lies in the same people who issued them in the first place: the state governors.”

“Our state officials should explain whether they could have implemented other policies that could have reduced the spread of the disease without incurring such massive economic destruction,” they wrote.

“Was any consideration given to the human health effects of the mandatory stay-at-home order, including exacerbation of mental health issues such as depression and anxiety; a predicted increase in domestic violence; suicides by business owners facing debt and ruin? We simply don’t know."