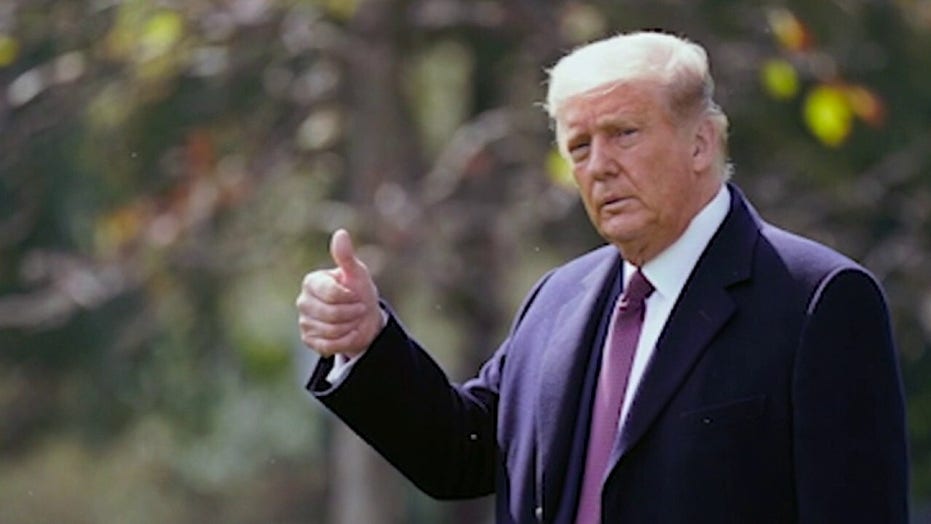 President Trump on Thursday slammed the delay in counting votes from the 2020 presidential election in North Carolina — a state that has yet to declare the president or Joe Biden the winner — while urging an audit in Arizona, as he and his campaign continue to fight for recounts and mount legal battles in key states.

“It took long enough!” Trump wrote, quote-tweeting the Associated Press Thursday morning, which declared him the winner in Alaska, giving him three more electoral votes, more than a week after Election Day.

“What is taking North Carolina so long? Are they looking for more ballots to fix that one also?” Trump tweeted. “Now with a recount, we will win Georgia also.”

The president’s tweets come as he continues to push for recounts in states that Biden won by a razor-thin margin.

Georgia election officials have said there will be a manual recount due to how close the race is. The state does not have any guidelines that would trigger an automatic vote recount. A requested recount can occur if candidates are separated by a margin of 0.5% or less.

In North Carolina, an automatic recount is triggered if officials detect an error during a random-sample review of initial voting results. Candidates can force a recount if the margin separating the race is within 10,000 votes, or 0.5%, whichever figure is smaller.

The Fox News Decision Desk called the race for Biden on Saturday, after results in Pennsylvania and Nevada put him above the 270 electoral vote threshold necessary to clinch victory in the Electoral College.

“From 200,000 votes to less than 10,000 votes,” Trump tweeted, referencing an article from Arizona Central Politics that shows Biden’s lead in the state shrinking. “If we can audit the total votes cast, we will easily win Arizona also!”

The Trump campaign and the Republican National Committee have filed a lawsuit in Arizona, alleging that Maricopa County incorrectly rejected votes cast by in-person voters on Election Day.

That suit comes after the campaign has filed lawsuits in several battleground states including Nevada, Pennsylvania and Georgia. The campaign has claimed instances of illegally counted votes from after Election Day, and that poll watchers were blocked from observing counting.

The president is not yet giving up, and will continue to fight. However, sources close to him told Fox News that he would concede and commit to a peaceful transfer of power if the campaign’s legal challenges fail to open up a path for a second term.

Some Republicans have already hinted that Trump will run for president again in 2024.