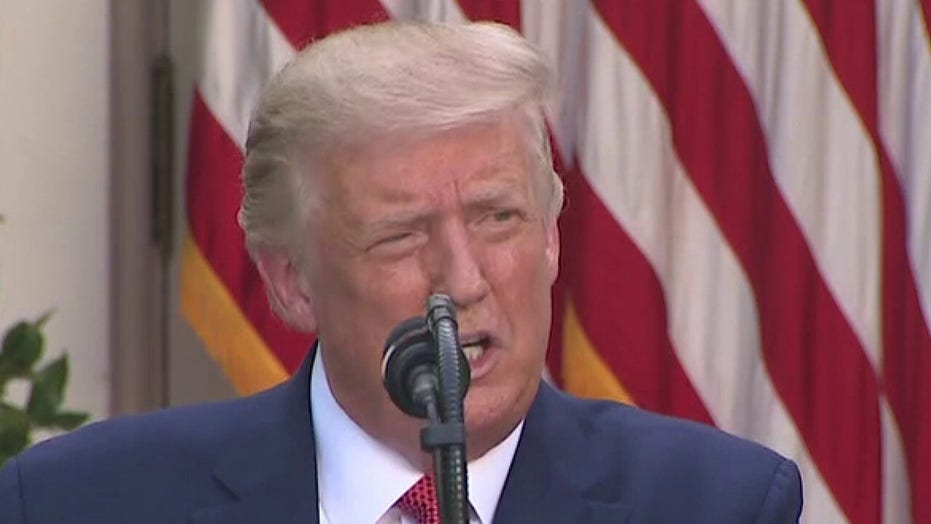 President Trump on Tuesday announced two actions his administration has taken against China as tensions between Washington and Beijing continue to rise.

During a press conference in the White House Rose Garden, Trump announced that he had signed into law the Hong Kong Autonomy Act and also put his signature on an executive order that ends the United States’ preferential treatment of Hong Kong.

"I signed legislation and an executive order to hold China accountable for its oppressive actions against the people of Hong Kong,” Trump said. “No administration has been tougher on China than this administration.”

Trump’s signature on the Hong Kong Accountability Act comes after the legislation was passed overwhelmingly in both the Senate and the House earlier this summer. The act imposes sanctions on entities that help violate Hong Kong's autonomy and financial institutions that do business with them, and comes as a response to the passage of a "national security" law that tightened Beijing's grip on Hong Kong — which has been semi-autonomous from the mainland since 1997.

The Chinese law, implemented earlier this summer, says that those who destroy government facilities and utilities would be considered subversive. Damaging public transportation facilities and arson would constitute acts of terrorism. Any person taking part in secessionist activities, whether organizing or participating, would violate the law regardless of whether violence is used.

It comes after a full year of pro-democracy protests in the former British territory that was handed over to China 23 years ago on the condition that it would keep a high degree of autonomy from mainland China and a British-style rule of law — a "one country, two systems" framework. China has slowly encroached on Hong Kong's autonomy, leading U.S. Secretary of State Mike Pompeo early this year to declare that it is "no longer autonomous."

The new law prohibits what Beijing views as secessionist, subversive or terrorist activities or as foreign intervention in Hong Kong affairs and is seen as a direct response to the protest’s calls for democracy. Under the law, police now have sweeping powers to conduct searches without warrants and order internet service providers and platforms to remove messages deemed to be in violation of the legislation.

With Trump’s executive order, exports from Hong Kong will be subject to the same tariffs the White House has imposed on goods from mainland China – marking a blow for leaders in Beijing as they struggle to revamp their economy amid the coronavirus pandemic and cutting off a lucrative loophole.

The announcement from Trump also comes a day after the White House rejected nearly all of China’s claims in the contested South China Sea. 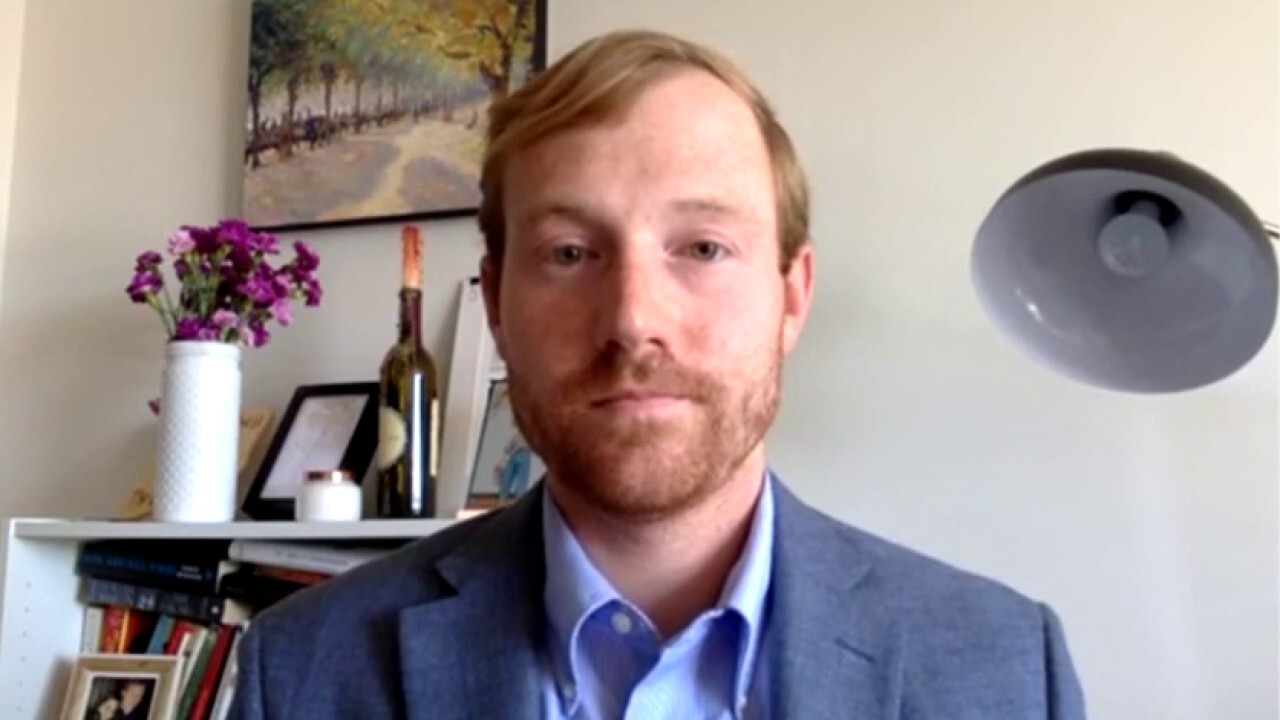 The administration presented the decision as an attempt to curb China’s increasing assertiveness in the region with a commitment to recognizing international law. But it will almost certainly have the more immediate effect of further infuriating the Chinese, who are already retaliating against numerous U.S. sanctions and other penalties on other matters.

Ties between China and the U.S. have deteriorated steadily over the coronavirus pandemic, human rights, Beijing policy toward Hong Kong and trade. The Trump administration has also slapped visa bans on Chinese officials deemed responsible for barring foreigners’ access to Tibet, along with those seen as enforcing a clampdown on civil rights in Hong Kong.

Tensions ratcheted up in the last few days with the actions taken by both the U.S. and China.

On Monday, China said it will impose sanctions on three U.S. lawmakers and one ambassador in response to similar actions taken by the U.S. last week against Chinese officials over alleged human rights abuses against Muslims in the Xinjiang region. 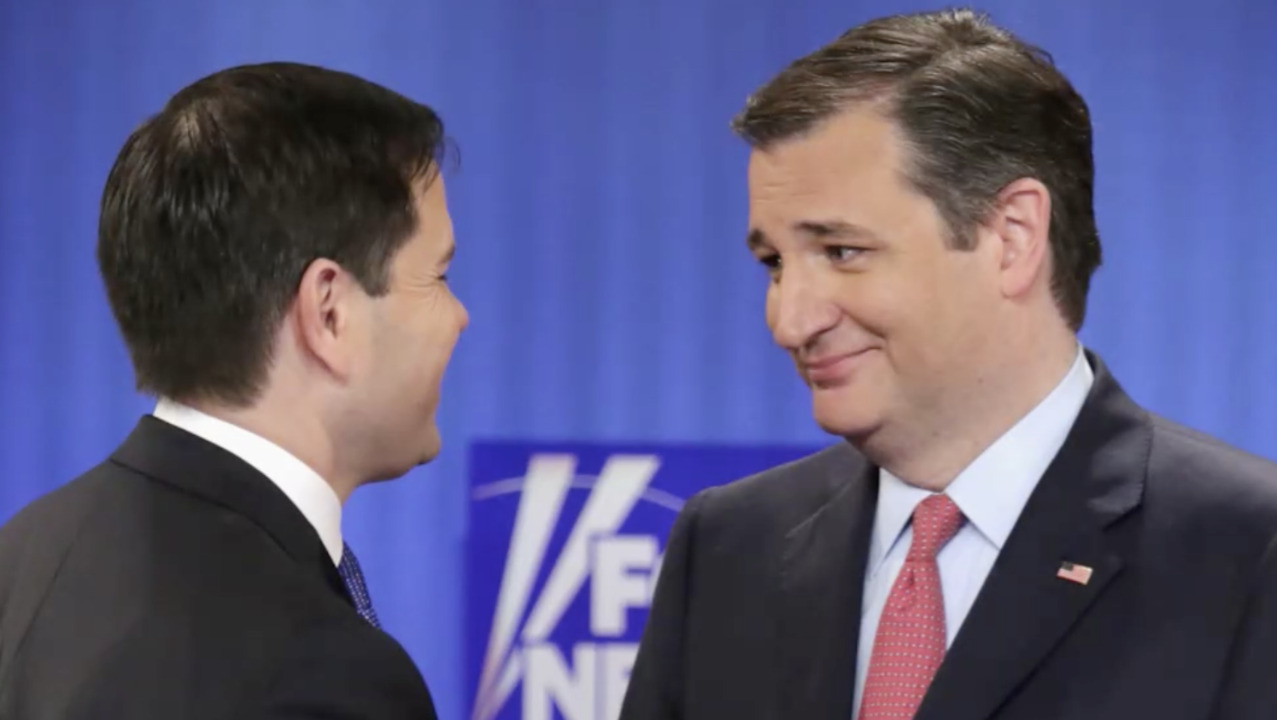 U.S. Senators Marco Rubio and Ted Cruz, Rep. Chris Smith and Ambassador for Religious Freedom Sam Brownback were targeted, as was the Congressional-Executive Commission on China. The four have been critical of the ruling Communist Party’s policies toward minority groups and people of faith.

Foreign ministry spokesperson Hua Chunying said the U.S. move had “seriously damaged China-U.S. relations” and that China was determined to uphold its national sovereignty against what it sees as interference in its internal affairs.

“China will respond further according to the development of the situation,” Hua said.