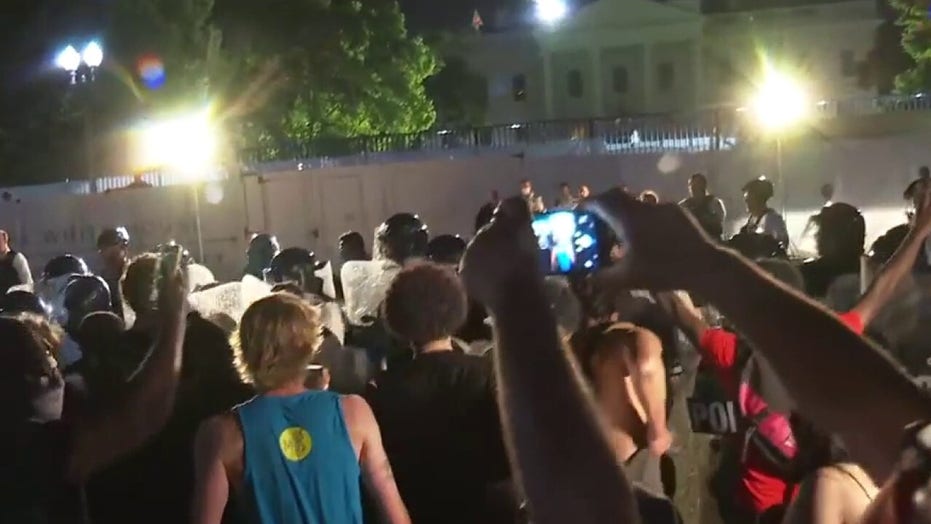 President Trump on Saturday praised the Secret Service for its protection of the White House during protests in Washington D.C. on Friday night, calling them “very cool & very professional” -- and warned that any protesters who breached the fence would have met by "vicious dogs" and "ominous weapons."

“Great job last night at the White House by the U.S. @SecretService. They were not only totally professional, but very cool,” Trump tweeted.

He later accused the protesters of being "professionally managed" and said cryptically that "Tonight, I understand, is MAGA NIGHT AT THE WHITE HOUSE???"

The White House was briefly locked down amid the protests over the death of Minneapolis man George Floyd in police custody -- part of protests and riots across the country. The riots had been sparked by video that showed a police officer kneeling on Floyd's neck, something protesters say is the latest incident of police brutality against black men.

The Secret Service respects the right to assemble, and we ask that individuals do so peacefully for the safety of all," the statement said.

Floyd’s death Monday – for which four Minneapolis police officers were fired Tuesday and one of them, Derek Chauvin, was arrested and charged with third-degree murder Friday – sparked protests and rioting across the U.S., from New York City and Washington, D.C., to Chicago; Columbus, Ohio, Louisville, Ky., and Dallas, to San Jose, Calif.; Los Angeles and Portland, Ore.

Trump said he “was inside, watched every move, and couldn’t have felt more safe” and indicated that anyone who had managed to get into White House grounds would have been dealt with swiftly.

A U.S. Secret Service officer stands inside the fence at the White House as demonstrators protest the death of George Floyd, a black man who died in police custody in Minneapolis, Friday, May 29, 2020, in Washington. (AP Photo/Alex Brandon)

“They let the ‘protesters’ scream & rant as much as they wanted, but whenever someone....got too frisky or out of line, they would quickly come down on them, hard - didn’t know what hit them. The front line was replaced with fresh agents, like magic,” he said.

“Big crowd, professionally organized, but nobody came close to breaching the fence. If they had they would have been greeted with the most vicious dogs, and most ominous weapons, I have ever seen.” he said.

He went on to say that the Secret Service agents were “just waiting for action” and that he was told that the young agents “love it” on the frontline, seeing it as “good practice."

“As you saw last night, they were very cool & very professional. Never let it get out of hand,” he said. “Thank you!”

He also criticized Democratic Mayor Muriel Bowser, who he said refused to allow the city’s police to get involved in protecting the White House from any violent protests.

“On the bad side, the D.C. Mayor, @MurielBowser, who is always looking for money & help, wouldn’t let the D.C. Police get involved. “Not their job.” Nice!” he said. However, the Secret Service in its statement said that the D.C. Police were "on the scene." 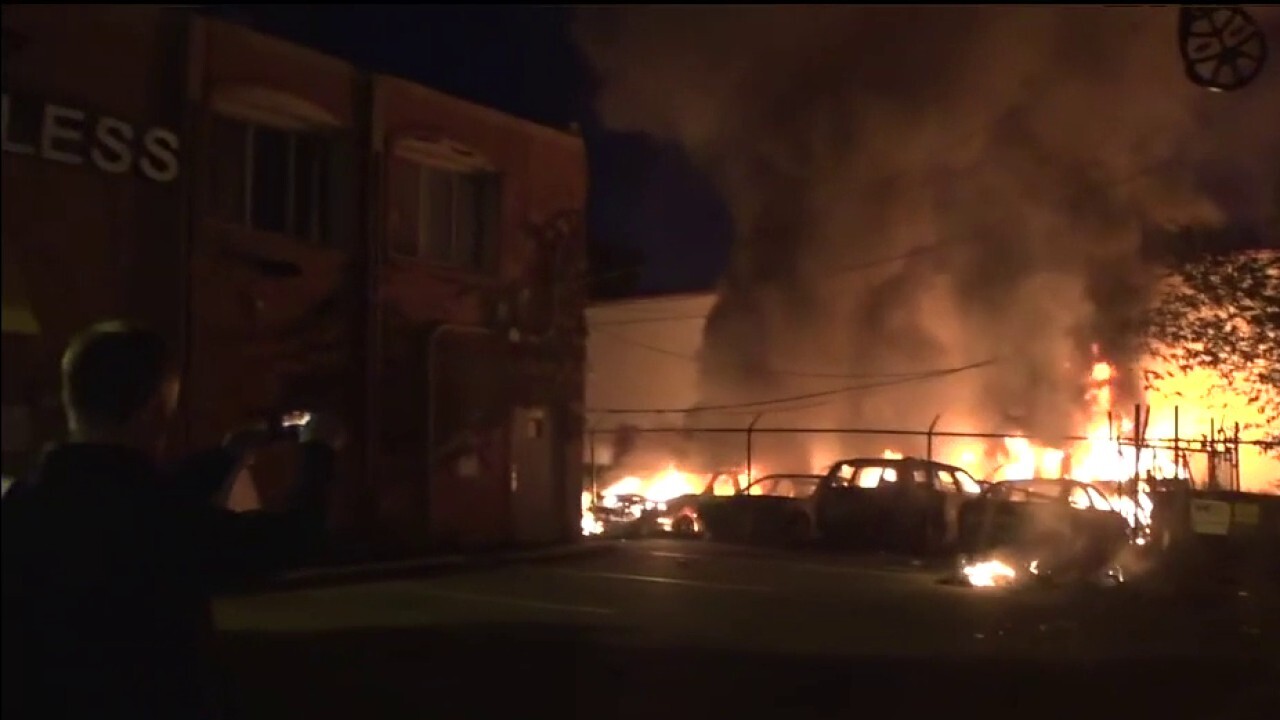 The fiery tweets by Trump come a day after he had caused controversy by saying that "THUGS are dishonoring the memory of George Floyd" and warned: "Any difficulty and we will assume control but, when the looting starts, the shooting starts."

He later clarified the tweet after he was criticized by Democrats, and censored by Twitter for "glorifying violence."