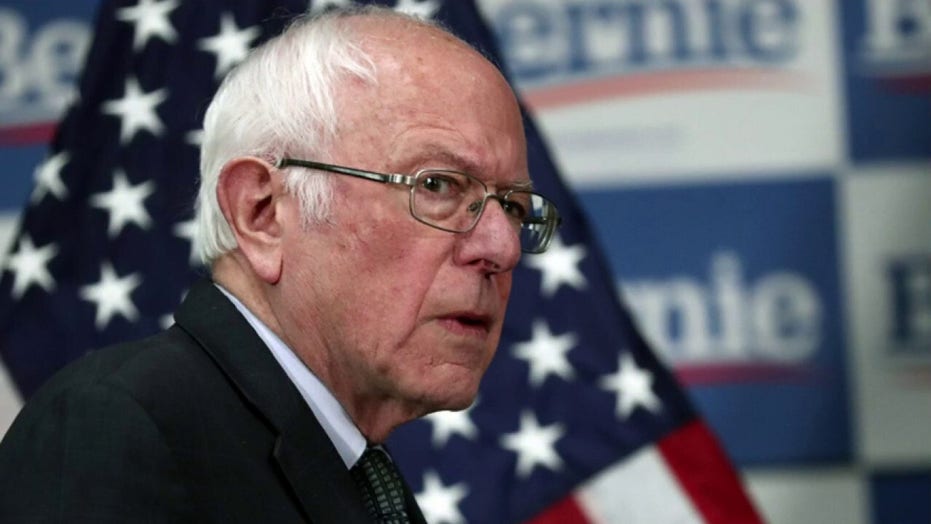 President Trump on Wednesday blamed Bernie Sanders’ Democratic primary loss on progressive Sen. Elizabeth Warren, arguing the Vermont senator would have swept Super Tuesday races if not for her.

“Bernie Sanders is OUT!” Trump tweeted minutes after Sanders announced he would suspend his presidential campaign. “Thank you to Elizabeth Warren. If not for her, Bernie would have won almost every state on Super Tuesday!”

Trump has argued that Warren's decision to stay in the race on Super Tuesday split the progressive vote, destroying Sanders' chances and boosting Biden's path to victory.

He added: “This ended just like the Democrats & the DNC wanted, same as the Crooked Hillary Fiasco.”

“With Bernie Sanders suspending his campaign, it’s all but official that the Democrat establishment got the candidate they wanted in Joe Biden, as well as the candidate President Trump will destroy in November,” Parscale said. “President Trump is still disrupting Washington, DC, while Biden represents the old, tired way and continuing to coddle the communist regime in China. Democrat elites shoved Bernie Sanders to the side for a second time, leaving many of his supporters looking for a new home.”

In his tweets Wednesday, the president urged Sanders’ supporters to flip to support the GOP.

“The Bernie people should come to the Republican Party, TRADE!” Trump tweeted.

Trump also weighed in on Sanders' strategy, noting that he is "unwilling to give up his delegates."

The president’s tweet comes after Sanders’ campaign issued a brief statement announcing that he would drop out of the race, all but handing the Democratic nomination to former Vice President Joe Biden.

Sanders won New Hampshire’s primary and scored a landslide victory in Nevada caucuses in late February, as he surged to front-runner status in the nomination race. But Sanders then suffered a string of major primary defeats.

Warren on Wednesday thanked Sanders for his efforts.

“Thank you @BernieSanders, for fighting so relentlessly for America’s working families during this campaign. Your fight for progressive ideas moved the conversation and charted a path for candidates and activists that will change the course of our country and Party,” she tweeted.

Warren added: “That fight does not end today. We’ll continue it together in the Senate and keep working to hold the wealthy and well-connected accountable to the people.”

Warren, despite her kind words for Sanders, did not offer her endorsement to him, and has still yet to endorse Biden.

Wednesday is not the first time Trump blamed Sanders’ defeat on Warren. Last month, the president said she “singlehandedly destroyed” Sanders’ campaign “by stripping voters away from his count” on Super Tuesday.

Warren dropped out of the presidential race after Super Tuesday, after coming in third place in her home state of Massachusetts.

Biden, after lackluster finishes at the start of the calendar, was able to dominate in the final primary of the early nominating calendar – South Carolina – giving him a much-needed boost ahead of Super Tuesday. But he was helped by the decisions of former South Bend, Ind., Mayor Pete Buttigieg and Sen. Amy Klobuchar, D-Minn., to drop out and endorse him. This helped Biden consolidate the moderate and center-left vote, while Sanders continued to split the support of progressives with Warren.

Biden surged to victory in primaries across the South and beyond, winning 10 primary races. Sanders only won four races on Super Tuesday including its largest prize, delegate-rich California, his home state of Vermont, Utah and Colorado.