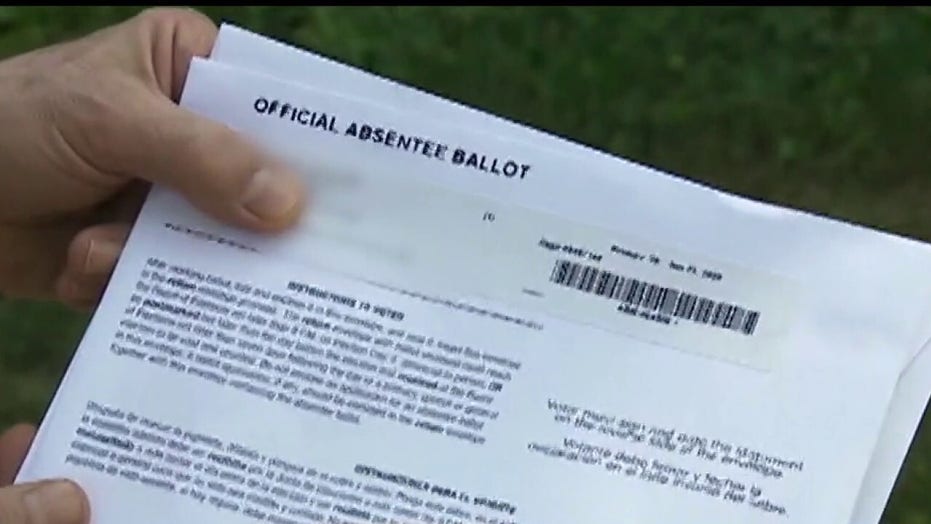 President Trump in a Sunday night tweet said that due to the "process" voters must go through to obtain an absentee ballot, such voting is safer than general mail-in balloting — and he pointed to a voter-fraud scandal out of New Jersey back in May as evidence that universal mail-in voting would cause widespread problems.

The president's contention comes as he and Republicans across the country have resisted Democratic pushes for universal mail-in voting in the wake of the coronavirus pandemic, and after the president and members of his administration were criticized as hypocritical for voting absentee themselves while opposing mail-in voting. White House press secretary Kayleigh McEnany has voted by mail 12 times in recent years, CBS reported, and Trump this year voted by mail in Florida, according to CNBC.

"Absentee Ballots are fine," Trump tweeted. "A person has to go through a process to get and use them. Mail-In Voting, on the other hand, will lead to the most corrupt Election is USA history. Bad things happen with Mail-Ins. Just look at Special Election in Patterson, N.J. (sic) 19% of Ballots a FRAUD!"

Trump made a similar point last week on a Fox News town hall with Sean Hannity, when he was asked about absentee and mail-in voting.

McEnany, originally responding to reports of her absentee voting history, said that she had a legitimate reason for voting the way she did because she was traveling, whereas Democrats are promoting either no-excuse absentee voting or universal mail-in voting.

“Absentee voting has the word absent in it for a reason. It means you’re absent from the jurisdiction or unable to vote in person,” she said in a statement to NBC News. “President Trump is against the Democrat plan to politicize the coronavirus and expand mass mail-in voting without a reason, which has a high propensity for voter fraud. This is a simple distinction that the media fails to grasp."

The president also pointed to a scandal from a local election in Paterson, N.J., on May 12, that led to charges against four individuals, including a city councilman and a councilman-elect, according to a statement from New Jersey Attorney General Gurbir Grewal.

Grewal, after an investigation, last week brought voter fraud-related charges against First Ward Councilman and Council Vice President Michael Jackson and 3rd Ward Councilman-elect Alex Mendez, as well as two other men who allegedly were involved in the voter fraud.

"Today’s charges send a clear message: if you try to tamper with an election in New Jersey, we will find you and we will hold you accountable,” Grewal said. “We will not allow a small number of criminals to undermine the public’s confidence in our democratic process."

Further, 19 percent of the ballots in the election were rejected –­ NBC 4 New York reported that 16,747 mail-in ballots were received in the election, but the county officially counted only 13,557 –­ though it's not clear whether they were fraudulent as Trump claimed.

"Evidence of voter fraud in general is extremely rare, and that is true of absentee balloting too. In both 2016 and 2018, approximately 25 percent of U.S. voters cast mail ballots," Trevor Potter of the Campaign Legal Center wrote in an op-ed for Fox News on Sunday. "Justin Levitt, an election law expert at Loyola Law School, reviewed U.S. elections between 2000-2014 and found just 31 instances of voter fraud over a period when over 1 billion votes were cast."

"When state governments start adopting these practices like mail-in ballots, that open the floodgates to potential fraud, then peoples' confidence in the outcome of the election is going to be undermined," Barr said. "That could take the country to a very dark place."