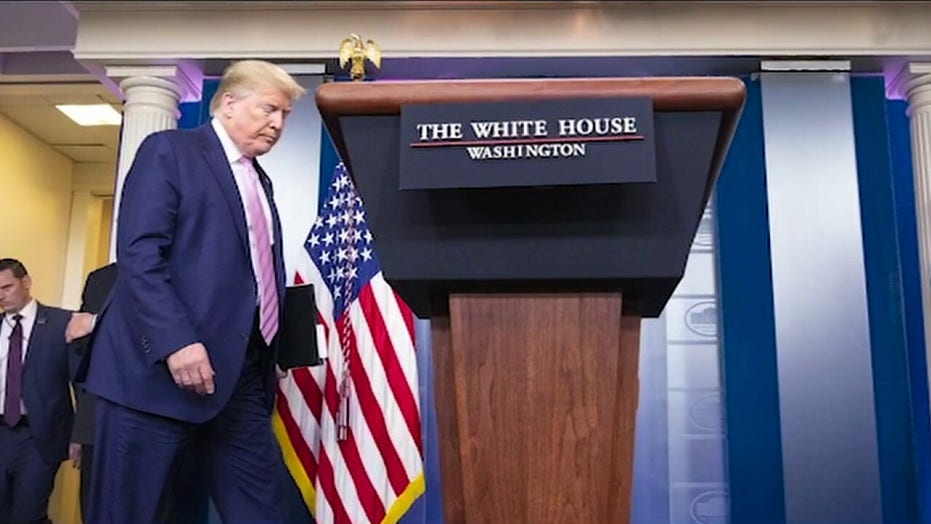 The president removed Glenn Fine, the chairman of the Pandemic Response Accountability Committee, which led a group of inspectors general in overseeing the rollout of the more than $2 trillion coronavirus stimulus relief effort.

“Mr. Fine is no longer on the Pandemic Response Accountability Committee,” a Pentagon spokesperson told Politico Tuesday, adding that he will return to his Senate-confirmed role as principal deputy inspector general of the Pentagon.

The president temporarily appointed the inspector general for the Environmental Protection Agency (EPA) to monitor the implementation of the new law.

As part of the massive stimulus package passed last month was the creation of the Pandemic Response Accountability Committee -- a panel made up of inspectors general to locate and investigate waste and abuse of spending under the bill and in response to the crisis.

The new law also set up a new position of a special inspector general for pandemic recovery to conduct oversight over stimulus spending by the Treasury Department. On Monday, the president appointed Brian Miller to that position. 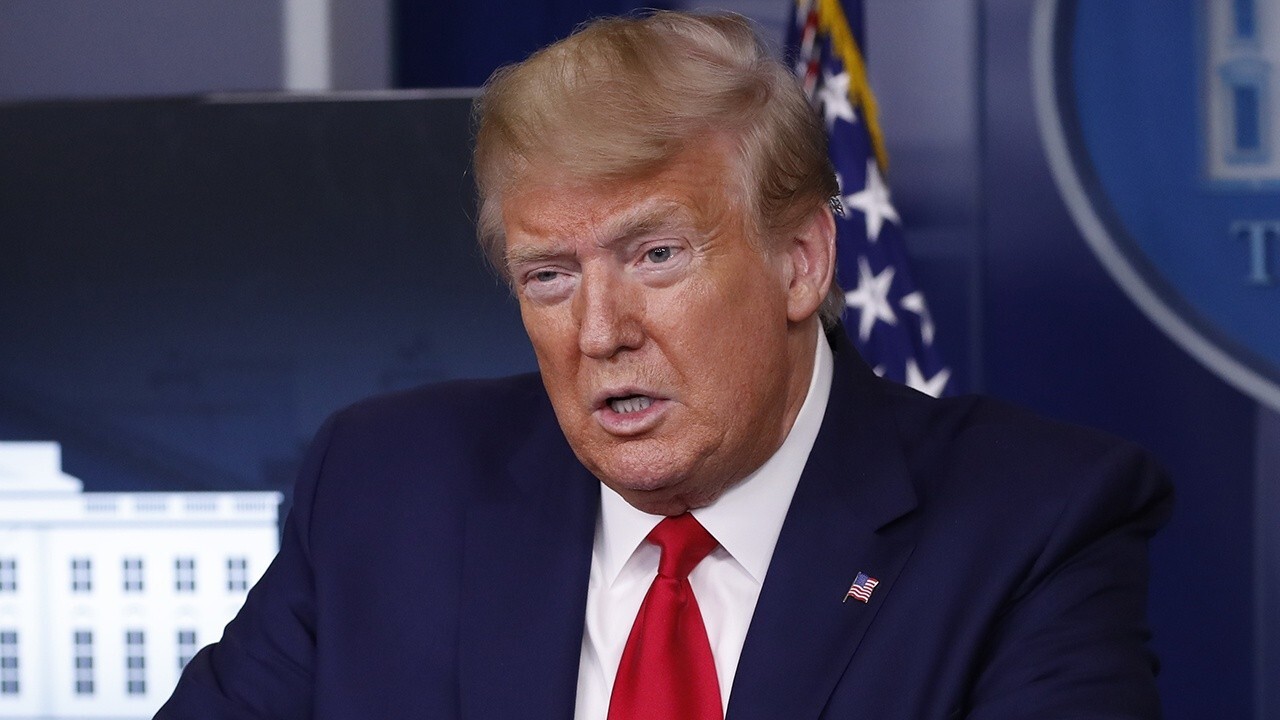 “President Trump is abusing the coronavirus pandemic to eliminate honest and independent public servants because they are willing to speak truth to power and because he is so clearly afraid of strong oversight,” Schumer said in a statement Tuesday. “President Trump’s corrupt action to sideline Acting Inspector General Glenn Fine, who was newly-appointed as chair of the Pandemic Response Accountability Committee, only strengthens Democrats’ resolve to hold the administration accountable and enforce the multiple strict oversight provisions of the CARES Act.”

Fine’s removal comes amid a battle in Congress over Democrats' efforts to establish additional investigative committees to oversee the Trump administration’s handling of the coronavirus pandemic.

Last week, House Speaker Nancy Pelosi, D-Calif., announced she would create a bipartisan House committee to oversee the administration’s response. It would be chaired by Rep. Jim Clyburn, D-S.C.

Also set up is a Congressional Oversight Commission to supervise spending by the Department of the Treasury and the Board of Governors of the Federal Reserve. It is required to send reports to Congress every 30 days. The House also has an Oversight Committee, which is tasked with conducting oversight of the federal government.

Meanwhile, the president has seemingly taken issue with multiple inspectors general within his administration in the last several days. 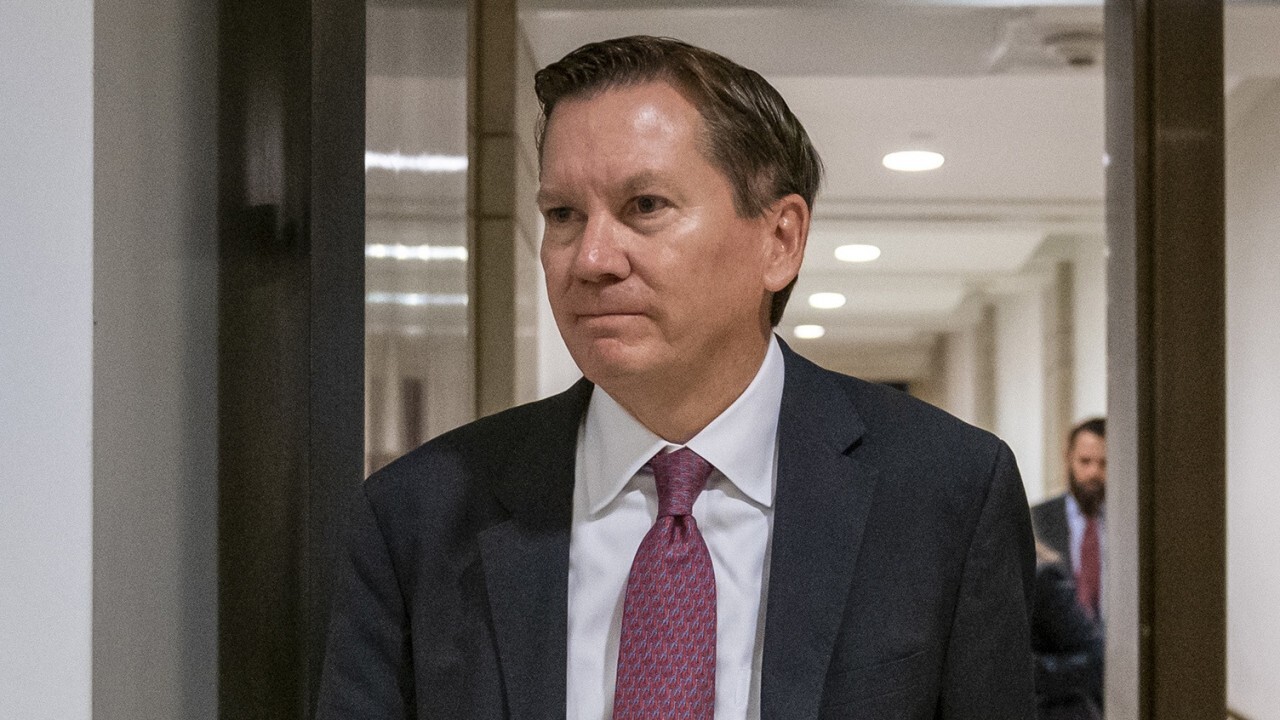 Over the weekend, the president fired Michael Atkinson, the Intelligence Community inspector general. Atkinson felt the president’s ire last year during the impeachment inquiry, after he alerted Congress to concerns about Trump’s phone call with the president of Ukraine.

Also this week, the president blasted the inspector general of the Department of Health and Human Services, Christi Grimm, for her Monday report that revealed severe shortages of testing supplies and extended waits for results at hospitals across the nation; widespread shortages of PPE which put staff and patients at risk; difficulty maintaining adequate staffing; and shortages of critical supplies, like hand sanitizer, facemasks, toilet paper, linen, disinfectant cleaning supplies and more, as well as materials and logistics support.

“Why didn’t the I.G., who spent 8 years with the Obama Administration (Did she Report on the failed H1N1 Swine Flu debacle where 17,000 people died?), want to talk to the Admirals, Generals, V.P. & others in charge, before doing her report,” Trump tweeted Tuesday. “Another Fake Dossier!”