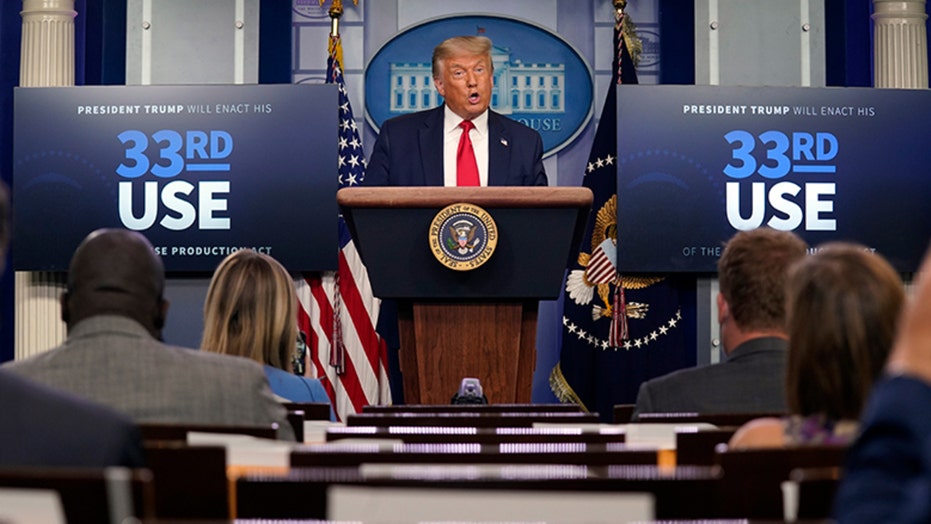 Trump touts push for pharmaceutical independence, says US must not rely on foreign nations for medical needs

President Trump abruptly ended a tense press conference at the White House on Tuesday, after he defended Houston Dr. Stella Immanuel as a "very impressive" for touting hydroxychloroquine -- just hours after Twitter deleted the president's retweet of a video featuring Immanuel speaking about the drug.

On Monday, Trump retweeted the viral video, which included several doctors, including Immanuel. Twitter, YouTube, and Facebook removed the video after millions viewed it. In the video, Immanuel insists, “Nobody needs to get sick. ... This virus has a cure.” Doctors in the video also suggest that schools don't need to remain closed.

Immanuel adds in the video that no one needs to wear protective masks, contradicting current scientific and media orthodoxy -- even though scientists, and the U.S. Surgeon General, said they believed masks were unnecessary just months ago.

At the briefing, CNN reporter Kaitlan Collins highlighted some of Immanuel's past comments, including that alien DNA is being used in medical treatments and that doctors want to make people immune from religion.

"She was on-air, along with many other doctors. They were big fans of hydroxychloroquine. I thought she was very impressive. ... She said that she's had tremendous success with hundreds of different patients. I thought her voice was an important voice, but I know nothing about her."

Collins continued shouting questions, prompting the president to head out.

CNN has its own history of questionable claims about hydroxychloroquine: Last week, Dr. Harvey Risch, a Yale epidemiology professor, rejected a CNN anchor’s "ludicrous" claim that the drug is too dangerous to even talk about as a potential COVID-19 treatment.

Trump's daily briefings in recent days have been noticeably shorter than they were earlier in the year, when the president routinely spent nearly an hour each day tangling with reporters on various issues -- debates that insiders say may have clouded his coronavirus messaging.

Under questioning from a different reporter earlier in the briefing, Trump defended his previous positions on hydroxychloroquine, saying he believes it "has an impact" especially in the early stages of coronavirus infection.

Indeed, researchers at the Henry Ford Health System in Southeast Michigan found earlier this month that early administration of the drug hydroxychloroquine makes hospitalized patients substantially less likely to die. The research is preliminary, and other studies have found different results.

Trump asserted that the merits of the drug have become politicized. He noted that Twitter had taken down his Twitter post highlighting research on the virus. And, many media organizations relentlessly mocked the president for touting the drug's possible benefits earlier in the year.

At a March 19 White House briefing, Trump had remarked: "Now, a drug called chloroquine, and some people would add to it, hydroxychloroquine, so chloroquine or hydroxychloroquine ... [has] shown very encouraging, very, very encouraging early results." The president acknowledged that the drug may not "go as planned" and that more testing was needed, but that "we’re going to be able to make that drug available almost immediately." 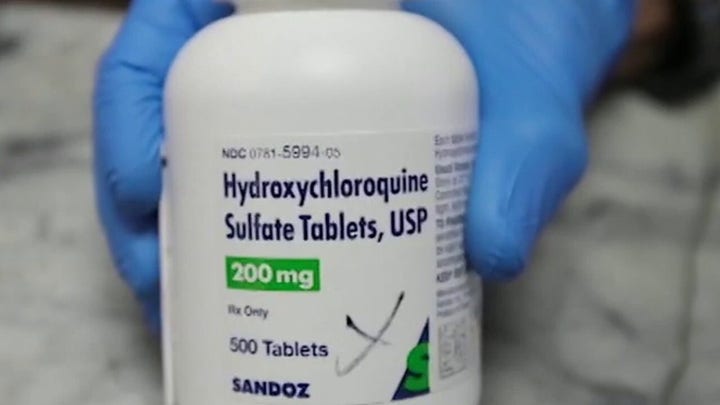 Trump began the briefing by touting his administration's recent $765 million loan to the Kodak photography company under the Defense Production Act to finance the manufacturing of pharmaceutical ingredients. The move is intended to reduce the United States' reliance on foreign countries to produce critical drugs.

"It's a great name; it was one of the great brands in the world. Then, people went digital and Kodak didn't follow. But now under very extraordinary leadership ... they are doing something that's a different field, and it's a field that they've really hired some of the best people in the world to take care of that company, and watching over it," Trump said.

He noted that the contract was the administration's 33rd use of the Defense Production Act, which allows the president to force companies to produce certain equipment considered vital to the national interest. "It's a breakthrough in bringing pharmaceutical manufacturuing back to the United States," Trump said.

The president also emphasized that no American has gone without a ventilator due to supply shortages, despite initial predictions during the coronavirus pandemic. He also highlighted his recent executive order aimed at slashing perscription drug prices.

On immigration, Trump said he was working toward a program that would please Deferred Action for Childhood Arrivals (DACA) supporters, while also taking action to change the broader immigration system. Earlier in the day, the administration halted new DACA applications as it considers the program's future.

A recent Supreme Court decision finding that the administration didn't comply with federal administrative law in how it ended DACA may actually end up empowering the White House to take an array of actions on immigration and health care, Trump said Tuesday.

"We are going to make DACA [people] happy,” Trump said, noting that he would also pursue a more "merit-based" immigration system similar to the one in Canada.