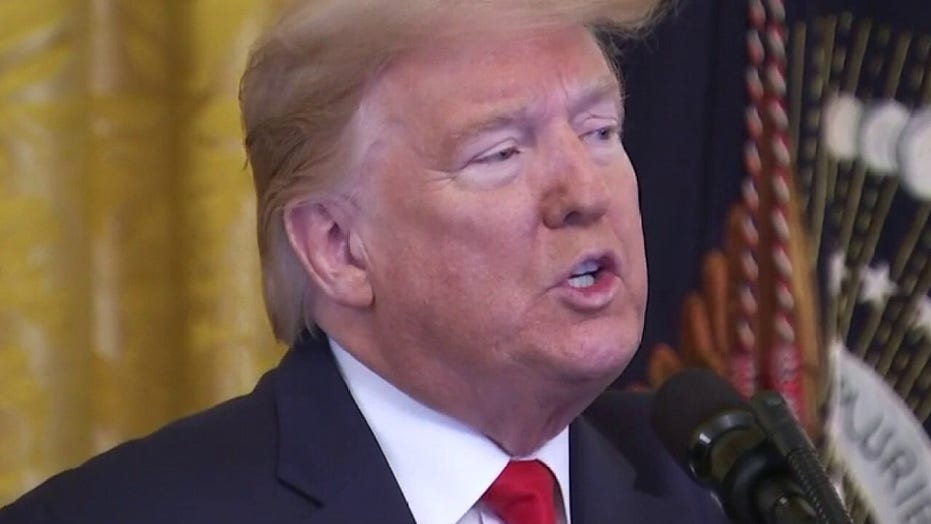 President Trump on Tuesday evoked the feud between Secretary of State Mike Pompeo and NPR alongside Israeli Prime Minister Benjamin Netanyahu during remarks in the East Room of the White House.

Trump pointed out the “great” Pompeo, prompting a standing ovation from the crowd.

“That’s impressive, that was very impressive, Mike. That reporter couldn’t have done too good a job on you... I think you did a good job on her, actually,” Trump said.

Trump was referring to NPR reporter Mary Louise Kelly, who alleged Friday that Pompeo lashed out at her after an interview in which she pressed him on the ouster of former U.S. Ambassador to Ukraine Marie Yovanovitch. 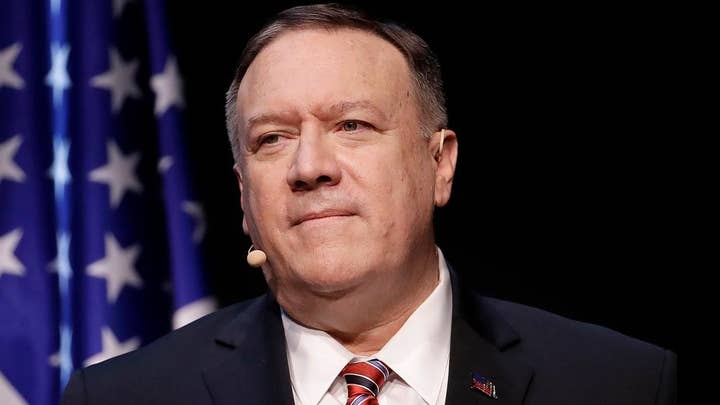 "A few moments later, an aide asked Kelly to follow her into Pompeo's private living room at the State Department without a recorder. The aide did not say the ensuing exchange would be off the record," NPR reported. "Inside the room, Pompeo shouted his displeasure at being questioned about Ukraine. He used repeated expletives, according to Kelly, and asked, 'Do you think Americans care about Ukraine?'"

NPR REPORTER SAYS POMPEO SHOUTED, CURSED AT HER AFTER SHE PRESSED HIM ON UKRAINE DURING INTERVIEW

Kelly also alleged during the radio program on Friday that he asked her if she could point out Ukraine on a map and had a staffer bring a blank map to them to prove it, which she said she did. A State Department official disputed Kelly's claim, telling Fox News that she was not able to identify Ukraine on the map and that she was wrong.

Pompeo responded on Saturday with a statement about the situation, clamming the reporter lied to him and her behavior was “shameful.”

“NPR reporter Mary Louise Kelly lied to me, twice,” Pompeo said in the statement. “First, last month, in setting up our interview and, then again yesterday, in agreeing to have our post-interview conversation off the record. It is shameful that this reporter chose to violate the basic rules of journalism and decency.”

NPR has denied both claims.

Pompeo called the confrontation another example of how an “unhinged” media wants to hurt the Trump administration.

“It is no wonder that the American people distrust many in the media when they so consistently demonstrate their agenda and their absence of integrity,” Pompeo said.

After Pompeo's statement, journalists and congressional Democrats rushed to Kelly's defense – but it seems Trump is on Pompeo’s side.

Fox News’ Brie Stimson and Joseph A. Wulfsohn contributed to this report.