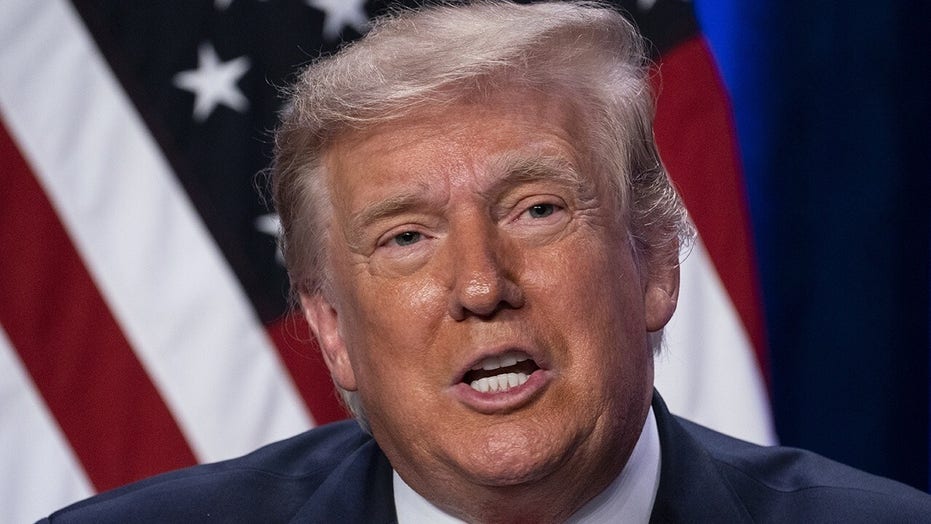 President Trump called on Democrats in Philadelphia to crack down on recent rioting, and blamed Joe Biden for not condemning the unrest strongly enough.

Rioters and looters have taken to the streets in Philadelphia after the police shooting of Walter Wallace Jr., a Black man who police claim was charging at them with a knife. Two officers fired 14 rounds, killing Wallace.

“The mayor or whoever it is that's allowing people to riot and loot and not stop them is also just a horrible thing,” Trump said. “I saw the event. Everybody did, it was on television. It was a terrible event. I guess that's being looked at very strongly. We have the federal government looking at it also. But the rioting in Philadelphia has to stop. They have to stop it.”

“They should bring in the National Guard if the police need help and they should do something. You can't let that go again. A Democrat-run state, a Democrat-run city,” Trump continued. He said that Republican-run regions didn’t have such issues.

The Pennsylvania National Guard was deployed to Philadelphia Tuesday as the city braced for a second night of unrest.

The move by Gov. Tom Wolf, a Democrat, to activate the Guard is a stark difference from other Democratic governors who have been hesitant or slow to mobilize troops in response to unfolding unrest.

Trump listed his law enforcement endorsements, which he said were far greater than Biden’s.

“The problem is Joe's all talk and no action. You got to have some action.”

Biden on Wednesday told reporters there is “no excuse” for looting and rioting, citing remarks from Wallace’s father, who urged calm Tuesday night.

“I think to be able to protest is totally legitimate, totally reasonable,” Biden said. “But there’s no excuse for the looting.”

Wallace's father added that those who were engaging in violence and property destruction were “showing disrespect” to his late son.

“That’s going to be part of the commission I set up to determine how we deal with these changes,” Biden said.

Wallace was said to be suffering from a mental health episode at the time of his death.

As Wallace, 27, allegedly charged at two officers with a knife, neither officer had been equipped with a nonlethal weapon such as a taser. He ignored commands to drop the knife and police opened fire.

A relative previously told Fox News that Wallace had struggled with mental health issues and was bipolar. He was previously ordered by a judge to undergo psychiatric evaluation treatment.

Officers had been to Wallace's home twice before on the day he was killed for domestic disturbances, the Philadelphia Inquirer reported. The family told the newspaper the third call was for an ambulance to help him deal with his mental health crisis, not for police, Wallace family attorney Shaka Johnson told reporters.

"What happened Monday night was a tragedy for everyone involved," the statement read. "But to hear Gov. Wolf during a recent interview rush to unfounded conclusions by saying 'this looks like part of the cycle of injustice that has been going on for far too long' was a total failure of good judgment."

"Law enforcement is a very dangerous profession. Police officers never know when rapidly evolving situations will lead them to a decision to use justified deadly force. When this happens, everyone, including the governor, must resist a dangerous rush to judgment."

"We owe it to all involved to provide the time and resources for a proper and thorough investigation of the facts and circumstances that led to that use of force," the statement continued.

Sen. Bernie Sanders, I-Vt., responded to the incident by calling for the officers involved to be arrested.

"Walter Wallace should be alive today, and our thoughts are with his loved ones," he tweeted.

"The police responsible for murdering him in front of his mother instead of getting him the medical attention he needed should be arrested, investigated, and prosecuted by the Justice Department."