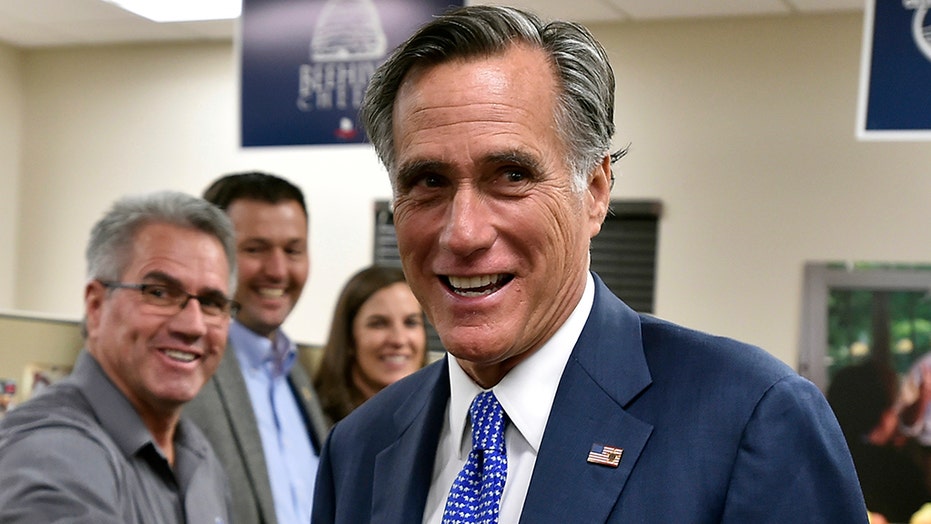 President Trump on Thursday hosted phone calls with dozens of bipartisan lawmakers, including every Republican senator -- except Mitt Romney.

The president asked the lawmakers to serve on a panel to discuss how to move forward with reopening the economy, called the “Opening Up America Again Congressional Group.”

“The president announced that he will soon provide guidance to America’s governors to determine their ability to reignite the economies in their respective states,” the White House said in a news release.

“The dialogue between the president, senior administration officials and the bipartisan group of members of Congress also included a range of topics, namely the need for additional funding for the Paycheck Protection Program, the international and domestic supply chains, ways to energize the economy, surprise medical billing, clarifying the difference between essential and non-essential workers, mental health, and relief for small businesses,” the release stated.

Romney’s office confirmed the White House did not ask him to participate.

Tensions between Trump and the centrist Utah Republican skyrocketed after Romney stood as the lone Republican in February to vote to impeach the president on one of two counts -- abuse of power.

Trump called Romney a “disgrace” for his vote, and at a press briefing in March trolled the senator upon learning he was in isolation for possible coronavirus exposure.

Upon learning that the congressman had tested negative, Trump tweeted: “This is really great news! I am so happy I can barely speak. He may have been a terrible presidential candidate and an even worse U.S. Senator, but he is a RINO, and I like him a lot!”

President Trump named the bipartisan council as he crafted the guidelines for reopening the economy during the coronavirus pandemic.

White House officials said the guidelines will be “data-driven,” not date-driven. They will be “governor-led” and “layered,” not a cookie-cutter one-size-fits-all approach, and will address the nation state by state, county by county.

The White House says while some governors will continue shelter-in-place recommendations, others will be able to open back up again. Some may be able to reopen before the April 30 expiration of the current guidelines. The guidelines will include restaurants, bars and other public venues, plus sporting events.

The White House said the president’s medical advisers -- Dr. Deborah Birx, Dr. Anthony Fauci and Dr. Robert Redfield -- have all signed off on the guidelines.