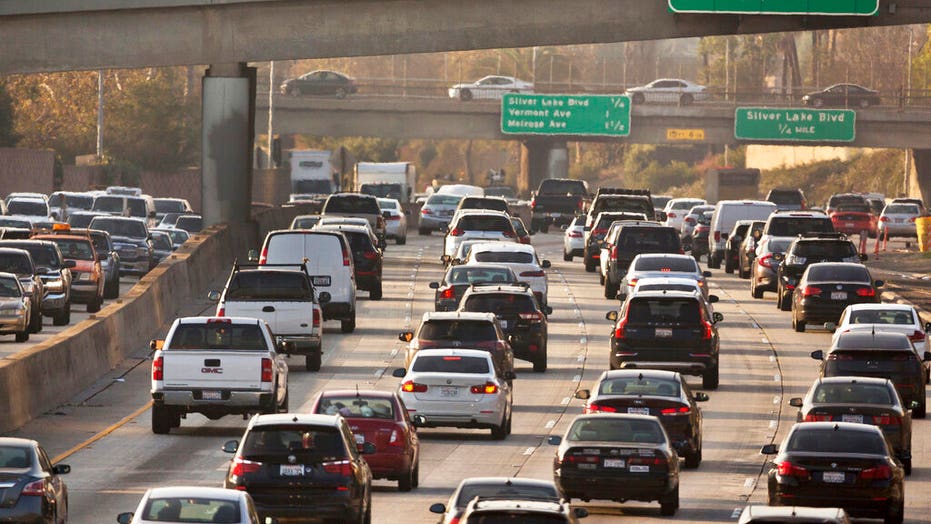 The Trump administration is expected this week to ease Obama-era regulations on fuel emission standards, capping off more than two years of legal battles between the president and states that opposed the move.

The new rule, which will last through 2026, rolls back one of the United States' biggest efforts against climate change.

Major traffic on the Hollywood Freeway in Los Angeles.  (AP)

"When finalized, the rule will benefit our economy, will improve the U.S. fleet's fuel economy, will make vehicles more affordable, and will save lives by increasing the safety of new vehicles," EPA spokeswoman Corry Schiermeyer said Monday, ahead of the expected release.

The Trump administration says the looser mileage standards will allow consumers to keep buying the less fuel-efficient SUVs that U.S. drivers have favored for years. Opponents, meanwhile, allege that the new standards will kill several hundred more Americans a year -- through dirtier air -- compared to the Obama standards.

Even "given the catastrophe they're in with the coronavirus, they're pursuing a policy that's going to hurt public health and kill people," said Chet France, a former 39-year veteran of the Environmental Protection Agency, where he served as a senior official over emissions and mileage standards.

Delaware Sen. Tom Carper, the senior Democrat on the Senate Environmental and Public Works Committee, called it "the height of irresponsibility for this administration to finalize a rollback that will lead to dirtier air while our country is working around the clock to respond to a respiratory pandemic whose effects may be exacerbated by air pollution.”

EPA TEMPORARILY STOPS ENFORCEMENT OF ENVIRONMENTAL LAWS DUE TO CORONAVIRUS

Trump's Cabinet heads have pursued a public health and environment rollback amid the coronavirus pandemic. The administration — like others before it — is facing procedural rules that will make changes adopted before the last six months of Trump's current term tougher to throw out, even if the White House changes occupants.

The standards have split the auto industry with Ford, BMW, Honda and Volkswagen siding with California and agreeing to higher standards. Other automakers contend the Obama-era standards will be impossible to meet because consumers have shifted dramatically away from efficient cars to SUVs and trucks.

California and about a dozen other states say they will continue resisting the Trump mileage standards in court.

Last year, 72 percent of the new vehicles purchased by U.S. consumers were trucks or SUVs. When the current standards went into effect in 2012, that figure was 51 percent.