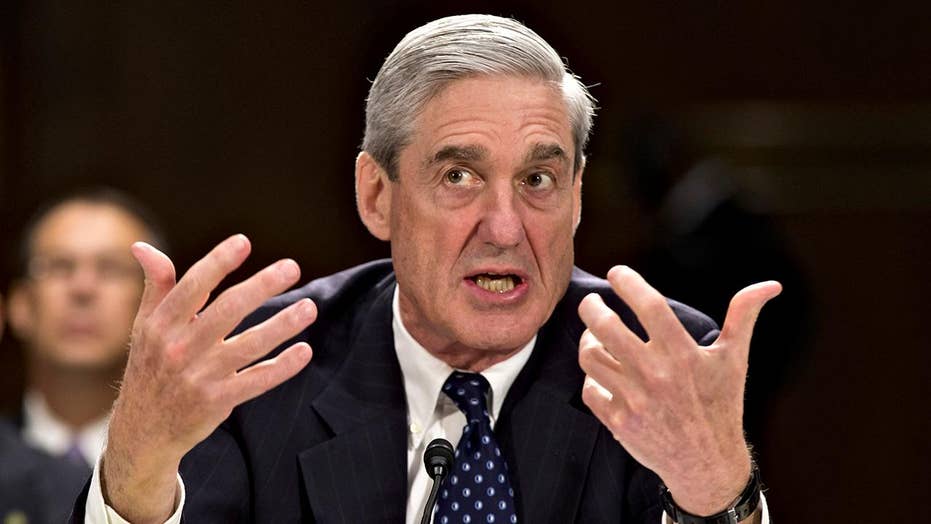 Former special counsel to testify on the Trump-Russia probe.

President Trump on Tuesday blasted the House Judiciary Committee's decision to let former Special Counsel Robert Mueller’s top aide on the Russia investigation accompany him during his testimony before House lawmakers on Wednesday.

Special Counsel Robert Mueller speaks at the Department of Justice in Washington about the Russia investigation.  (AP)

Trump derided the decision as “unfair” and a “disgrace to our system.”

“Just got back only to hear of a last minute change allowing a Never Trumper attorney to help Robert Mueller with his testimony before Congress tomorrow,” Trump tweeted. “What a disgrace to our system. Never heard of this before. VERY UNFAIR, SHOULD NOT BE ALLOWED. A rigged Witch Hunt!”

A source close to Mueller told Fox News, "Aaron Zebley was the Deputy Special Counsel and had day-to-day oversight of the investigations conducted by the Office. He will accompany Special Counsel Mueller to the Wednesday hearings, as was discussed with the committees more than a week ago."

Republicans have spoken out against the last-minute change, calling it an “apparent stunt” by Democrats. Rep. Doug Collins, R-Ga., the Judiciary panel’s top Republican, said the move “shows the lengths Democrats will go to protect a one-sided narrative from a thorough examination by committee Republicans.”

Mueller has also requested that the Justice Department send him a letter telling him to keep his testimony “within the boundaries” of the public version of the Mueller Report released in March, Attorney General William Barr told Fox News.

Back in May, Mueller signaled his disinterest in testifying.

“There has been a discussion about an appearance before Congress. Any testimony from this office would not go beyond our report,” Mueller said. “It contains our findings and analysis, and the reasons for the decisions we made. We chose those words carefully and the work speaks for itself.”