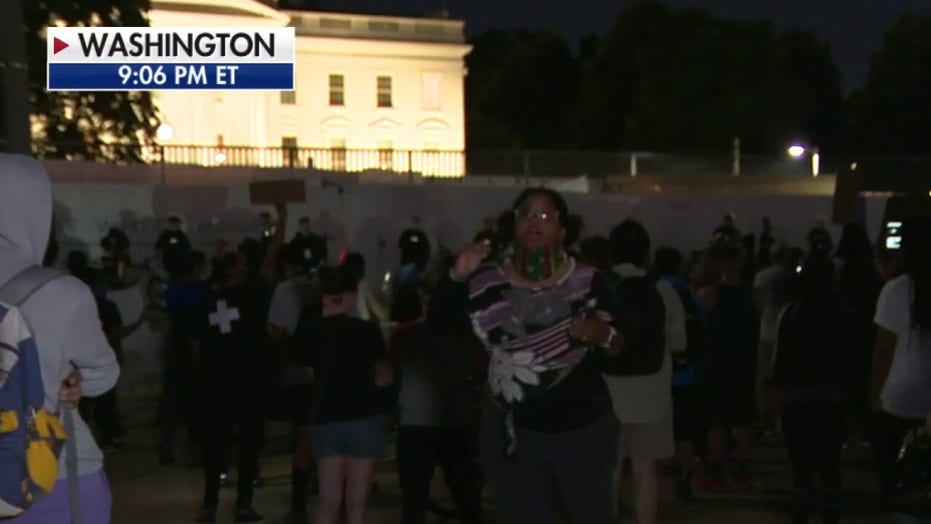 President Trump disputed the idea that if his supporters gathered at the White House it would stoke "racial violence" amid violent protests in Washington, D.C., and around the country in response to George Floyd's death.

He made those comments outside of the White House after asking his followers whether Saturday night would be "MAGA NIGHT AT THE WHITE HOUSE" -- a reference to his famous "Make America Great Again" slogan.

"MAGA says Make America Great Again -- these are people that love our country. I have no idea if they are going to be here," Trump said. "I was just asking, but I have no idea if they're going to be here. But MAGA is 'Make America Great Again.' By the way, they love African American people, they love black people. MAGA loves the black people."

TRUMP WARNS WHITE HOUSE PROTESTERS WOULD HAVE BEEN MET BY 'VICIOUS DOGS,' 'OMINOUS WEAPONS' IF THEY BREACHED FENCE

A reporter asked Trump whether he sought a counter-demonstration after Friday night when protesters showed up outside of the White House.

"No, I don't want -- I don't care," he said, before thanking the Secret Service for their professionalism in handling Friday's protesters.

The White House was briefly locked down amid the protests, one of many protests and riots across the country. The riots had been sparked by a video that showed a Minneapolis police officer kneeling on Floyd's neck, something protesters say is the latest incident of police brutality against black men.

The Secret Service later issued a statement saying that six arrests were made and that multiple agents were assaulted with bricks, rocks, bottles, fireworks, and other items -- injuring a number of uniformed division officers and special agents."

"The Secret Service respects the right to assemble, and we ask that individuals do so peacefully for the safety of all," the statement said.

Trump also warned that any protesters who breached the fence would have met by "vicious dogs" and "ominous weapons."