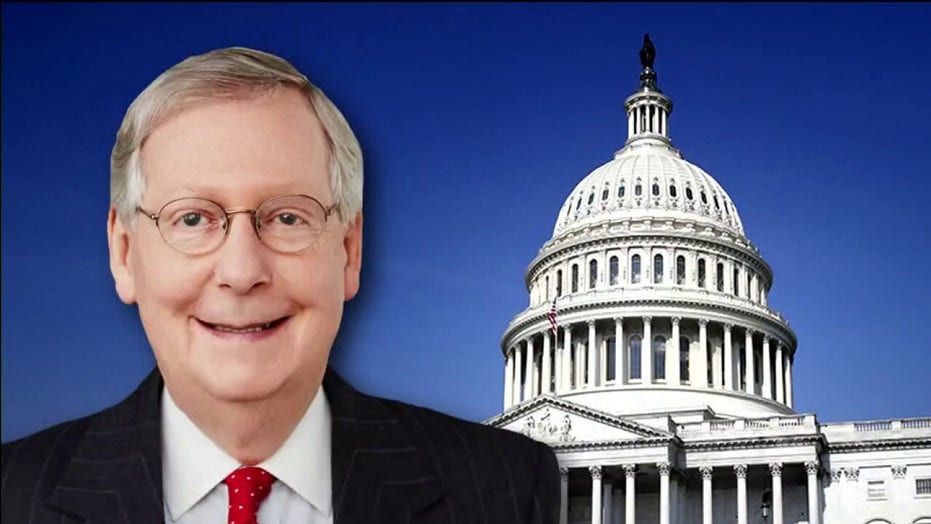 The Senate Judiciary Committee is expected to vote next week on the nominee to fill the appeals court seat vacated by new Supreme Court Justice Amy Coney Barrett as well as voting on whether to send three other lower trial court nominees to the Senate floor — which could further cement President Trump’s reshaping of the federal judiciary before he leaves office.

This comes to the chagrin of Democrats who insist Republicans are violating tradition by continuing to confirm judges despite a Joe Biden victory in the presidential race.

After hearings on nominees before the Thanksgiving recess, the committee is scheduled to vote Dec. 10 on the nomination of Thomas L. Kirsch II to serve on the U.S. 7th Circuit Court of Appeals, replacing Barrett. Kirsch is currently the U.S. attorney for the Northern District of Indiana. The committee had been expected to vote Thursday, but ultimately held over the nominations to next week.

On Nov. 13, Trump announced his intent to nominate Raúl M. Arias-Marxuach to be a judge on the 1st Circuit Court of Appeals. Arias-Marxuach is currently a district judge for the U.S. District Court of Puerto Rico. He is still awaiting a hearing.

Trump’s term expires on Jan. 20, 2021, but he is contesting the outcome of the Nov. 3 election in several states, even as Biden has been certified the winner in key battleground states.

Still, with one term in office, Trump has already appointed more judges than his immediate predecessors who served two terms. On Tuesday, the Senate confirmed Taylor B. McNeel to be a judge for the Southern District of Mississippi and J. Philip Calabrese to be a judge for the Northern District of Ohio while four other lower court nominees are pending a Senate floor vote.

These recent confirmations mean a total of 229 Trump-appointed judges in just one term — so far, according to Courthouse News Service. Three of those appointments — Barrett, Brett Kavanaugh and Neil Gorsuch — were to the U.S. Supreme Court.

That’s compared to Presidents Barack Obama, who managed to get a total of 160 judicial nominees over two terms, George W. Bush, who got a total of 204 nominees confirmed in eight years, and Bill Clinton, who scored 203 judicial appointments over two terms. Also falling short of Trump’s single term — Obama, Clinton and Bush each appointed two Supreme Court justices.

“The most important thing Trump did in judicial nominations is break free from the traditional Republican method of picking jurists,” J. Christian Adams, a former Justice Department lawyer, now president of the Public Interest Legal Foundation, told Fox News. “Trump picked conservatives who have battle scars and who have fought the fight. That’s what prevents us from getting another David Souter on the Supreme Court.”

Shortly after the election, Senate Judiciary Committee Chairman Lindsey Graham, R-S.C., told reporters: “I think we got some district court judges that were Republican and Democrat. But, yeah, the committee will keep operating.”

Meanwhile, Senate Majority Leader Mitch McConnell, R-Ky., told radio host Hugh Hewitt before the election, “We go through the end of the year, and so does the president.”

However, outgoing ranking member of the Senate Judiciary Committee, Sen. Dianne Feinstein, D-Calif., said in a Nov. 12 letter to Graham “it is imperative” the committee cease processing nominations to allow Biden to make nominations for remaining vacancies in keeping with a “long and established tradition in presidential election years” after the party in power has lost.

“Going back to 1984, the Committee has only twice held a nomination hearing in the lame duck period of a presidential election year — once in 2004, following President George W. Bush’s reelection, and once in 2012, following the reelection of President Obama,” Feinstein said in the letter to Graham. “Unlike President Bush and Obama, President Trump has lost his reelection bid.”

Critics of Senate Republicans have noted the “Thurmond rule” named for the late South Carolina Sen. Strom Thurmond that calls for the Senate not to approve circuit court nominees in the months leading to Election Day, while others contend that not since Republican William McKinley’s election in 1896, when a Democratic Senate approved several of President Grover Cleveland’s judges, has a party that lost the race for the White House continued confirming judicial nominees.

But the Senate confirmed future Supreme Court Justice Stephen G. Breyer to a seat on the U.S. 1st Circuit Court of Appeals in late 1980 after the man who nominated Breyer — Democratic President Jimmy Carter — lost in a landslide to Republican Ronald Reagan, noted Levey of the Committee for Justice.