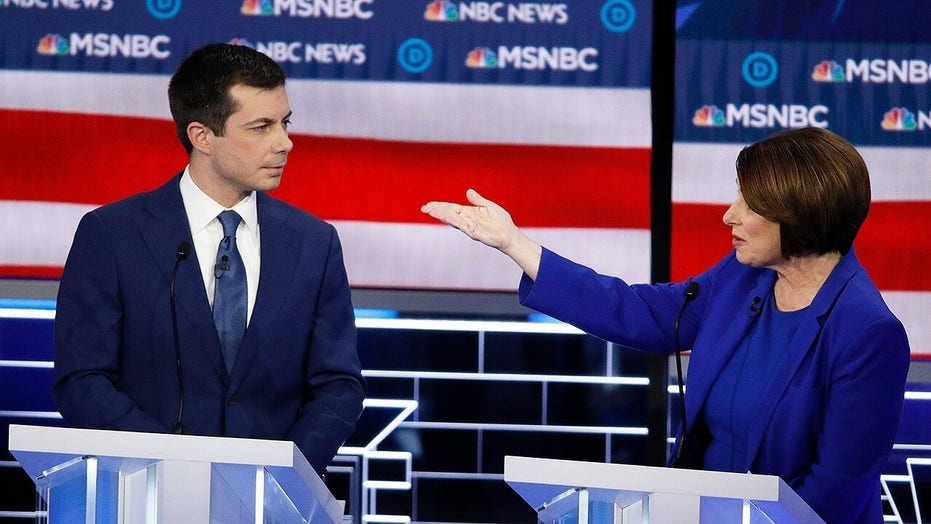 Six Democratic 2020 hopefuls took to the debate stage in Las Vegas ahead of the Nevada caucuses; reaction and analysis from Fox News politics editor Chris Stirewalt.

President Trump is beating all Democratic presidential hopefuls in head-to-head matchups in the critical state of Wisconsin, but he's lagging his rivals in Pennsylvania and Michigan, according to a new poll released Thursday.

Trump leads all Democratic candidates by between 7 and 11 percentage points among registered voters in Wisconsin, with the tightest matchups between former Vice President Joe Biden and Sen. Bernie Sanders, I-Vt., and the biggest victory over Sen. Amy Klobuchar (50-39 percent) who hails from neighboring Minnesota, according to the new Quinnipiac University Poll.

The race is the tightest in Michigan. Sanders and Bloomberg have a slight edge over Trump by 5 percentage points, followed by a narrower lead for Biden (4 points), Warren (2 points) and Buttigieg and Klobuchar (both 1 point ahead).

Snow added: "Wisconsin voters give him a job approval rating above 50 percent, higher than what he receives nationally and in Pennsylvania and Michigan. These Wisconsin numbers are a red warning sign for Democrats that rebuilding the 'blue wall' in 2020 may not be so easy. But it's a long way to November."

Trump scored high marks in all three states for his handling of the economy and the majority of voters say their finances are better off now than they were in 2016.

Wisconsin, Pennsylvania and Michigan delivered critical -- but narrow -- victories to Trump in 2016 over Hillary Clinton, which propelled him to the presidency. Wisconsin residents were the most optimistic about their state's economy, with 76 percent ranking it excellent or good, while Michigan voters were less cheery with 63 percent giving their state's economy high marks.

The poll was conducted from February 12-18, prior to Nevada's dramatic Democratic debate, where the field bruised up Bloomberg in his debut performance. The poll has a margin of error of +/- 3.4 percentage points.