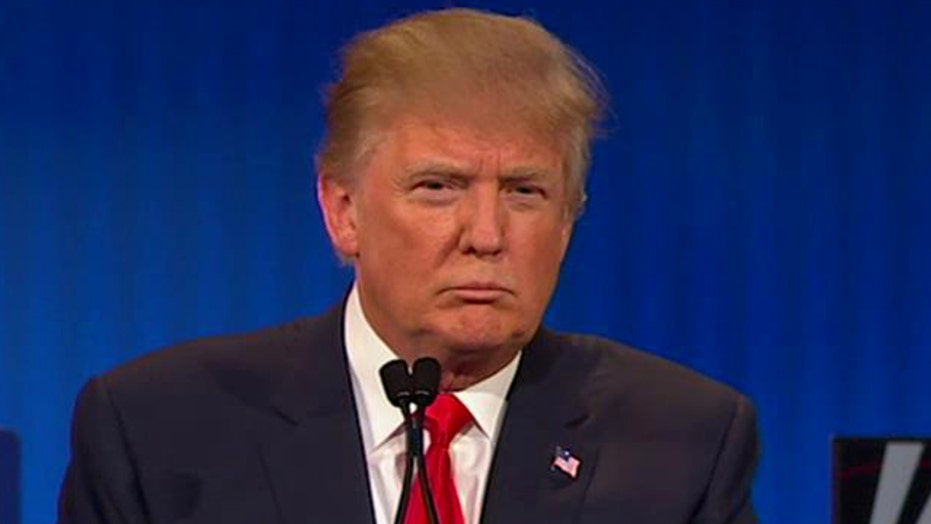 Is Donald Trump part of the 'war on women'?

Here are some of his most memorable lines:

On the Affordable Care Act: “ObamaCare is one of the things you call a disaster.”

On securing the border: “We need to build a wall, and it has to be built quickly. And I don't mind having a big beautiful door in that wall so that people can come into this country legally.  But we need, Jeb, to build a wall, we need to keep illegals out.”

On Obama: “We have a president who doesn’t have a clue. I would say he’s incompetent but I don’t want to do that because it’s not nice.”

On Iran: “If Iran was a stock, you folks should go out and buy it right now because you’ll quadruple. What’s happened in Iran is a disgrace and it’s going to lead to destruction in large portions of the world.”

On George W. Bush: “As an example, I have a lot of liking for [Jeb Bush], but the last number of months of his brother’s administration were a catastrophe and unfortunately those few months gave us President Obama, and you can’t be happy about that.”

On his tone: “When you have people that are cutting Christians’ heads off, when you have a world at the border and at so many places that it’s medieval times. We’ve never, it’s almost got to be as bad as it ever was in terms of the violence and the horror. We don’t have time for tone, we have to go out and get the job done."

On what he got from Hillary for donating: “Well, I'll tell you what, with Hillary Clinton, I said 'be at my wedding' and she came to my wedding. You know why? She had no choice because I gave.”

On his past disparaging comments on women:  “I've been challenged by so many people, and I don't frankly have time for total political correctness.  And to be honest with you, this country doesn't have time either.”