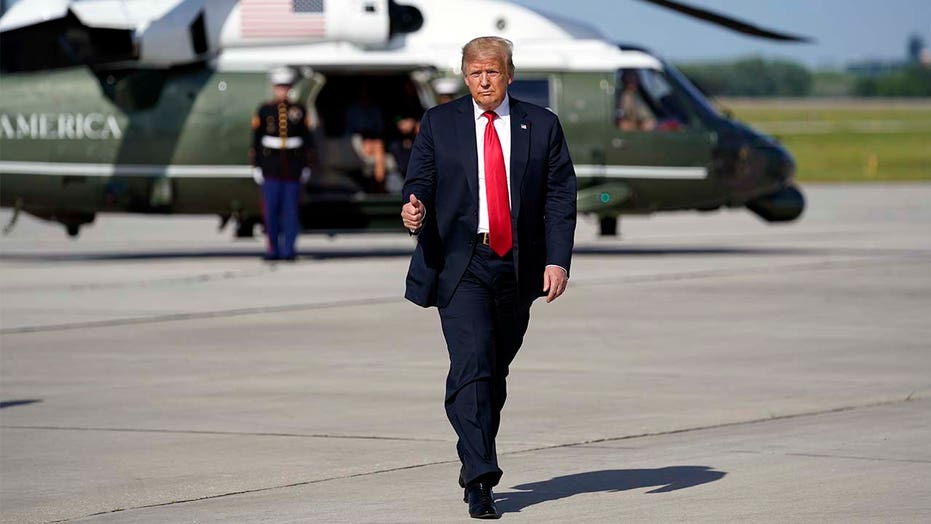 "Today, I'll sign an executive order that directs the federal government to replace outdated ... degree-based hiring with skills-based hiring,"  Trump said Friday during a meeting with the American Workforce Policy Advisory Board. "The federal government will no longer be narrowly focused on where you went to school but the skills and the talents that you bring to the job."

Trump added that his administration had valued merit for a long time.

Adviser to the president Ivanka Trump, who co-chairs the board, said the order will allow the government to "better recognize the talents and competencies of all Americans" it hires.

Ivanka Trump, the president’s daughter, adviser and co-chair of the American Workforce Policy Advisory Board, recommended the federal government -- which employs more than 2 million civilian workers -- re-strategize who they hire.

“President Trump built the most inclusive economy once and will do it again,” Ivanka Trump wrote on Twitter on Friday.

The White House isn't necessarily eliminating degree requirements but is instead encouraging that skillsets for jobs be prioritized, making a degree less important.

Commerce Secretary Wilbur Ross, the board's other co-chair, said the need for apprentices and vocational training was widely needed prior to the coronavirus pandemic that has now put millions of Americans out of work.

The Office of Personnel Management will be responsible for executing the new directive in an attempt to get more Americans back into the workforce quickly.

Private companies are encouraged to follow this new protocol, and companies like IBM have already rolled out initiatives like this, reportedly hiring 15 percent of its workforce from non-traditional backgrounds last year -- hiring based on skill rather than one's level of education.

This strategy is expected to help employ individuals from underprivileged areas who could not necessarily afford a two- or four-year degree.

The workforce advisory board is expected to announce details of a private-sector ad campaign led by Apple, IBM and the nonprofit Ad Council as a way to encourage alternate pathways into the workforce besides education.

Fox News' Caitlin McFall and The Associated Press contributed to this report.