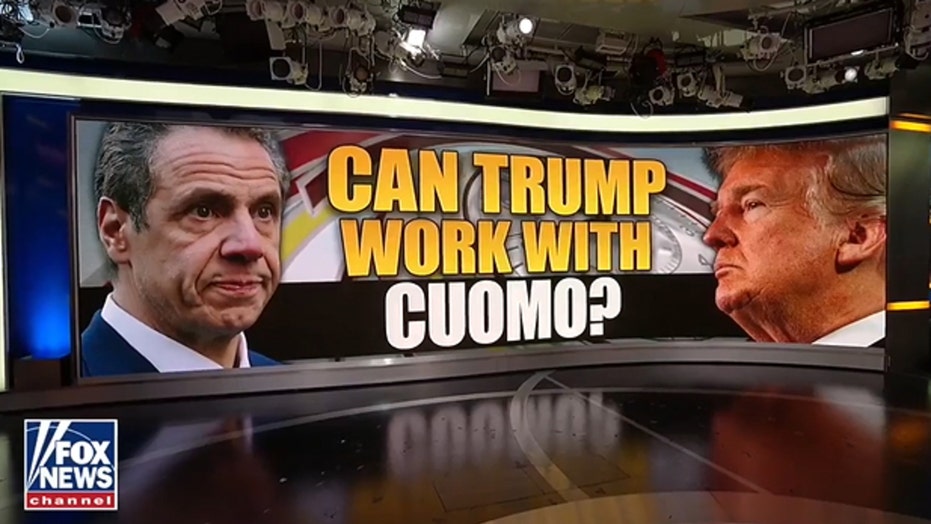 How far will Trump push Cuomo on sanctuary policy?

New York Democratic Gov. Andrew Cuomo visited the White House on Thursday in the hope he could persuade President Trump to reverse a recent decision to boot New Yorkers from Global Entry and several other Trusted Traveler Programs (TTP), which allow travelers to avoid long lines at the U.S. border.

The Trump administration said that cutoff from state records threatened public safety and responded by blocking New Yorkers from enrolling in Global Entry and other “trusted traveler” programs. New York then sued over its expulsion.

Acting Homeland Security Secretary Chad Wolf told reporters that Cuomo and Trump held a “productive meeting." He called the relationship between the state of New York and the federal government an important one but said it “has been made difficult by the unilateral actions of New York State regarding the sharing of critical security information with DHS."

Wolf, who first announced the new travel rules on Fox News' "Tucker Carlson Tonight," said in a tweet that discussions would continue to find a mutually agreeable solution.

In a tweet before the meeting, Trump said Cuomo “must understand that National Security far exceeds politics."

“New York must stop all of its unnecessary lawsuits & harrassment, start cleaning itself up, and lowering taxes. Build relationships, but don’t bring Fredo!” Trump said, tacking on a insult referring to Cuomo's brother, the CNN host Chris Cuomo. 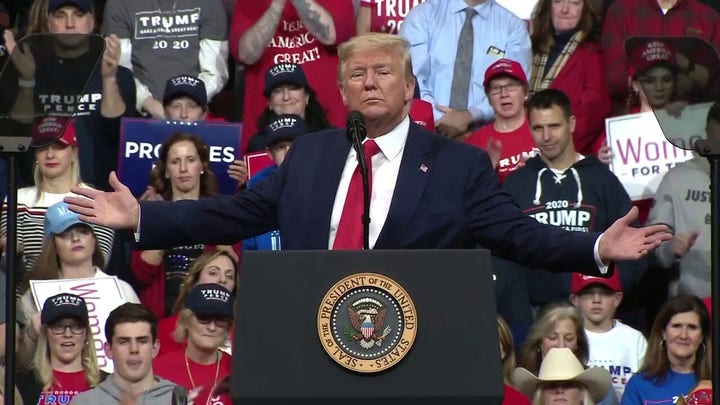 The “Fredo” reference is a nod to “The Godfather” films, and a character in the film who ultimately betrays his brother. The reference was first made by a Trump supporter last summer in a viral video that saw the television journalist get irate with the man for the insult.

In the video, Cuomo says the term was meant as a derogatory term for his Italian heritage, similar to the “N-word” for African Americans. (“Punk-a** b*****s from the right call me Fredo,” Cuomo said in the video. “My name is Chris Cuomo. I’m an anchor on CNN. Fredo is from 'The Godfather.' He was a weak brother and they use it as an Italian aspersion.”)

Cuomo had said he's willing to restore federal access to driving records on a limited basis.

But in a midday news conference, he pledged not to let federal immigration agents see lists of people who had applied for a new type of license that doesn't require applicants to prove they are in the U.S. legally. 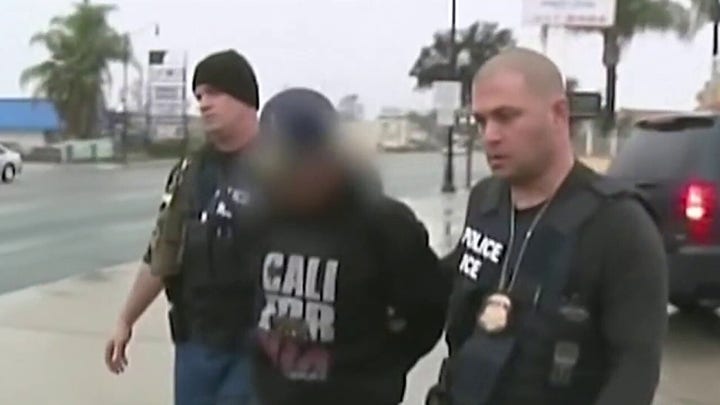 “If they think they're going to extort New York into giving them a database of undocumented people, they're wrong. I will never do that," Cuomo said.

Meanwhile, an association of New York sheriffs on Thursday expressed "deep concern" about the "Green Light Law," becoming the latest law enforcement group to oppose the legislation. In a letter to Cuomo and other state politicians, the New York State Sheriffs’ Association expressed its “opposition and deep concern."

Cuomo in television appearances said he would only propose giving federal officials access to the state driving records of applicants to traveler programs, who already must submit to an in-person interview and a background check.

“There is no undocumented person who's going for an in-person interview before the federal government,” Cuomo said on the MSNBC show “Morning Joe.”

Trump and Cuomo have a long history that has turned decidedly nasty over the years. Last year, Trump lashed out on Twitter, accusing New York officials of harassing his New York businesses in search of “anything at all they can find to make me look as bad as possible.” He complained that his family was spending a fortune on lawyers.

Four months later, Trump declared that Florida would become his permanent residence after he leaves the White House, not New York, saying he had been “treated very badly by the political leaders of both the city and state.”

Cuomo replied: “Good riddance” and “He’s all yours, Florida.”

The two have clashed on Trump’s income tax cuts, which imposed a $10,000 cap on state and local tax deductions, hiking federal taxes for many homeowners in New York, and on New York’s ban on hydraulic fracturing. Trump says New York is missing out on a “goldmine” of energy revenue.