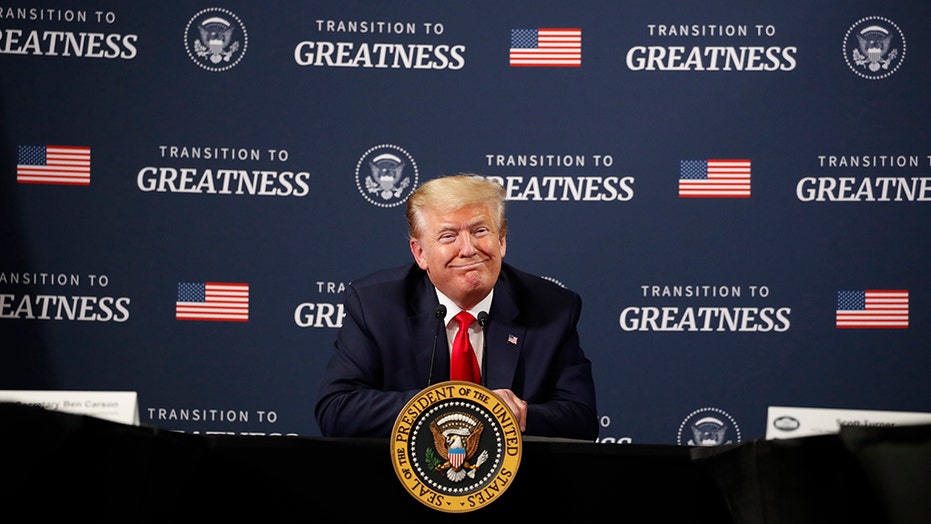 Trump: Churches are not being respected

President Trump on reopening and respecting churches amid coronavirus.

The president said the Centers for Disease Control and Prevention will soon be issuing new guidelines on the matter, after several governors – including California Gov. Gavin Newsom and Illinois Gov. J.B. Pritzker – have been under fire for their restrictions on houses of worship.

Trump announced that houses of worship are allowed to open this weekend during a Friday press briefing: "if they don't do it, I will override the governors."

President Donald Trump speaks during a listening session with African-American leaders at Ford's Rawsonville Components Plant that has been converted to making personal protection and medical equipment, May 21, in Ypsilanti, Mich. (AP Photo/Alex Brandon)

On Thursday, he announced changes would be coming regarding CDC guidelines and houses of worship.

"The churches are not being treated with respect by a lot of the Democrat governors," Trump told reporters on the White House lawn. "I want to get the churches open, and we're going to take a very strong position on that very soon ... including mosques."

During a session with African-American leaders at a Ford plant in Ypsilanti, Mich., that has been repurposed to make ventilators, Trump was asked by a reporter if he is prioritizing churches over other establishments. He said he is not.

"Churches, to me, they’re so important in terms of the psyche of our country," he said. "I think churches are essential."

"People want to be in their churches," Trump explained. "It’s wonderful to sit at home and watch something on a laptop, but it can never be the same as being in a church and being with your friends, and they want to have it open. And I think that’s going to be happening very shortly, so that’s going to be put out. Maybe tomorrow, maybe today.”

Trump's comments come after a number of pastors across the nation have said they are planning to reopen with or without permission from governors.