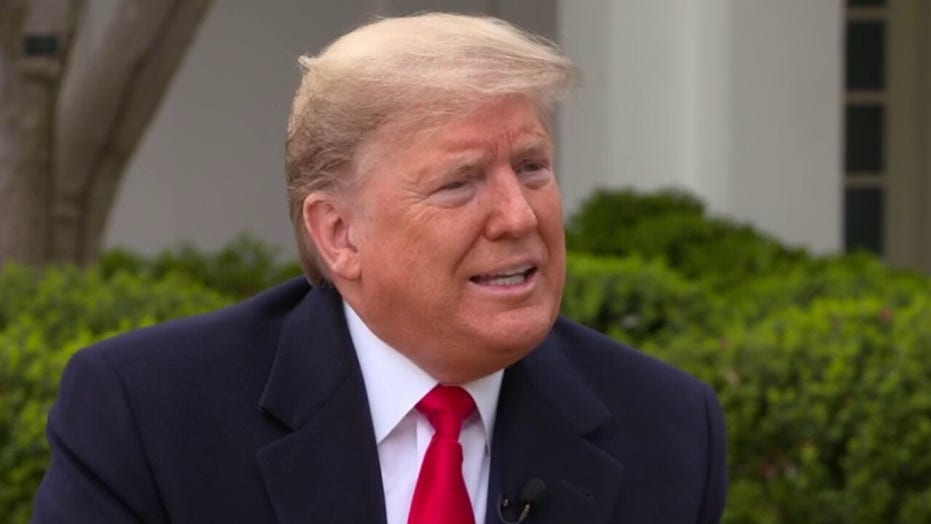 The spirit of bipartisanship and goodwill that has been fostered between President Trump and some of the nation’s Democratic governors amid the coronavirus pandemic seems to eroding as Trump and New York Gov. Andrew Cuomo traded shots on Tuesday over who is responsible for a dearth of desperately needed ventilators in the state so far hardest hit by the contagion.

Trump accused Cuomo on Tuesday of failing to buy 16,000 ventilators back in 2015 and instead implementing a “death panel” to assign which patients should be put on a ventilator.

“New York governor Cuomo rejected buying for a pandemic,” Trump said during a Fox News town hall on the coronavirus. “He had 16,000 he could have had and didn’t buy them.”

Trump did not clarify where he got the number of ventilators that Cuomo did not purchase, but an opinion piece from last week in the New York Post made the claim that “[i]n 2015, the state could have purchased the additional 16,000 needed ventilators for $36,000 apiece, or a total of $576 million.”

“It’s a lot of money, but in hindsight, spending half a percent of the budget to prepare for pandemic was the right thing to do,” Betsy McCaughey, a former lieutenant governor of New York, wrote in her piece for the tabloid.

Trump “obviously didn’t read the document he’s citing – this was a five-year-old advisory task force report, which never recommended the state procure ventilators,” Cuomo spokeswoman Dani Lever told Fox News in response. “It merely referenced that New York wouldn’t be equipped with enough ventilators for a 1918 flu pandemic. No one is, including Mr. Trump.​​”

New York state public health officials a few years ago established a task force to investigate the lack of ventilators in the state and find a way to remedy the situation. 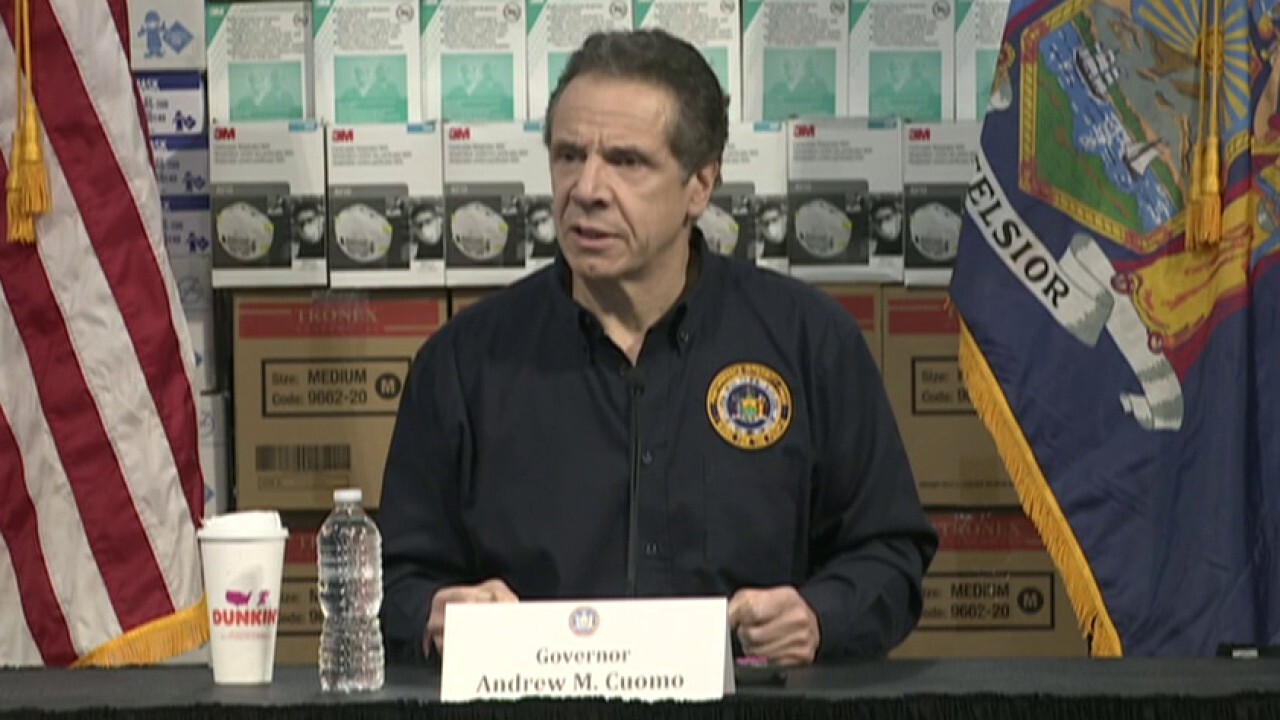 The task force discovered that were 7,250 ventilators in New York hospitals and about 1,900 in nursing homes – with most of them already in use. Even with the state’s own stockpile, that task force said there was only 2,800 total ventilators available, despite health officials’ warnings that a major outbreak could require 18,600 New Yorkers to be on the machines each week during the crisis’ peak.

Instead of buying the ventilators in 2015, the task force created a priority system for who would be put on a ventilator – red being the most dire, blue being the least – and assigned a triage officer, or “death panel” as Trump said, to make the life-or-death decisions.

WHITE HOUSE '15 DAYS TO SLOW THE SPREAD' OF CORONAVIRUS GUIDELINES

While Cuomo’s office did not respond to Fox News’ request for comment, the governor sounded a dire warning about the spread of the pathogen in New York – saying the infection rate in the state is accelerating and New York could be as close as two weeks away from a crisis that sees 40,000 people in intensive care.

“We are not slowing it. And it is accelerating on its own,” Cuomo said during a briefing at the Jacob K. Javits Convention Center. “One of the forecasters said to me we were looking at a freight train coming across the country. We’re now looking at a bullet train.” 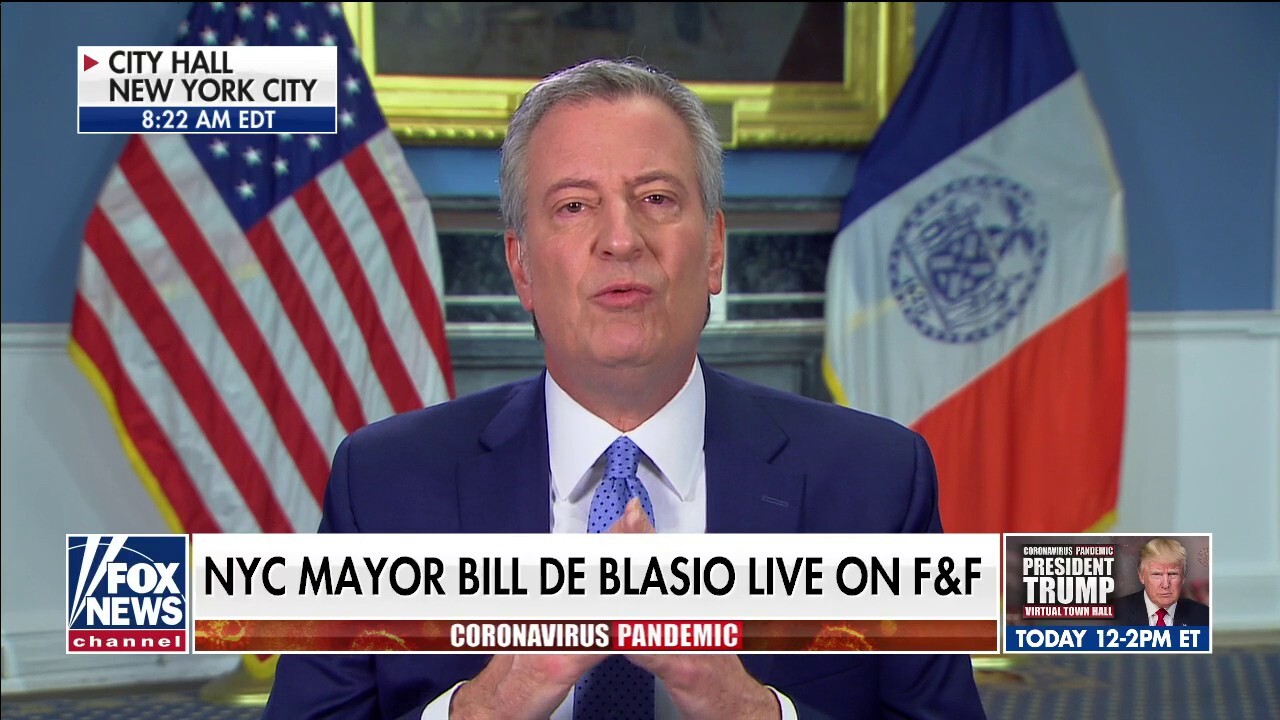 New York officials plan on adding at least 1,000 temporary hospital beds at the Javits Center for non-COVID-19 patients and thousands of beds elsewhere. But Cuomo said “they're nowhere near” the number that will be needed. The state also faces shortages of ventilators and protective equipment for medical workers.

New York has 7,000 ventilators. Cuomo called for a national push to send ventilators to New York now, saying the city will need 20,000 of them in a matter of weeks. He said the equipment could then be redeployed to different areas once the peak passes in New York. 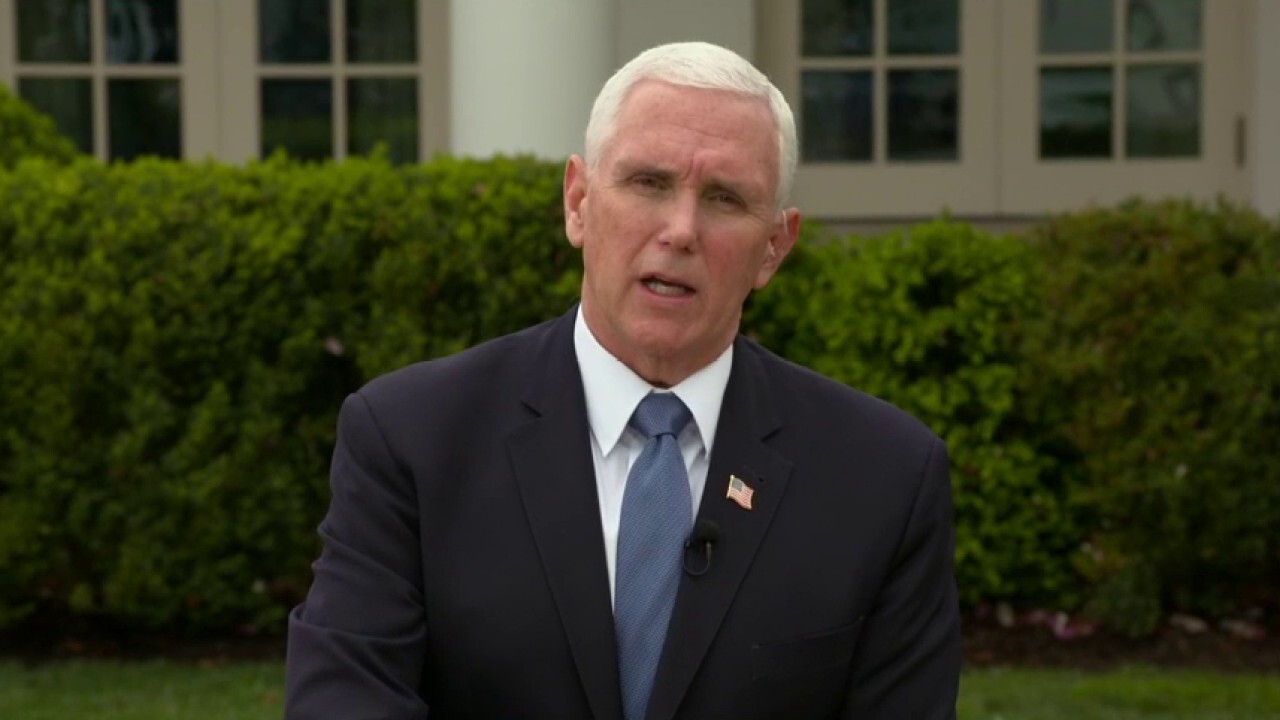 Vice President Mike Pence said during the Fox News town hall that the federal government sent 2,000 ventilators from the national stockpile to the state of New York, which has become the epicenter of coronavirus in the U.S., and vowed to send 2,000 more on Wednesday. But Cuomo has insisted that the severity of the outbreak warrants a much larger number of machines be sent to the state.

“I will take personal responsibility for transporting the 20,000 ventilators anywhere in this country that they want, once we are past our apex," Cuomo said. "But don't leave them sitting in a stockpile and say well we're going to wait and see how we allocate them across the country. That's not how this works.”