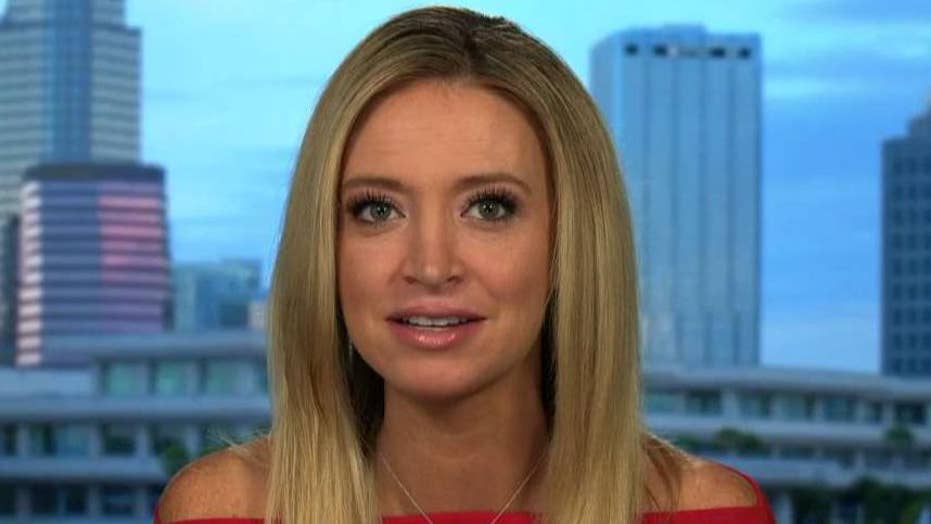 How to school your liberal friends and family during Christmas

Trump 2020 campaign national press secretary Kayleigh McEnany on how to handle snowflakes during this holiday season.

President Trump's campaign offered a gift of sorts to supporters in time for Christmas, with a new website geared toward helping them win arguments with "snowflake" relatives while they're home for the holidays.

The site, SnowFlakeVictory.com, explores 12 issues with the intent of showing readers "how to win an argument with your liberal relatives." Topics include the economy, immigration and Trump's border wall, health care, trade deals, impeachment, Joe Biden and the Green New Deal.

"Family holidays. Full of love. Full of laughter. And full of the inevitable conversations with the family liberal who just does not want to believe how great America is doing with President Trump in office," one message says.

"Those articles operate from a position of fear. You know, you fear that MAGA uncle," McEnany said. "Well, this is empowering. This is supposed to say, hey if you encounter a liberal snowflake, don't back down, here are the facts, the facts much of the media won't share with you."

On a more serious note, the White House sent out an official Christmas message from the president Wednesday morning, paying respect to military service members and more.

“As we celebrate Christmas, we remember the precious religious liberties our forefathers so righteously fought to secure.  We also pause to pay tribute to those courageous men and women of our Armed Forces who continue to fight for our cherished freedoms.  As Commander in Chief, I salute them for their service and thank their family members for their shared sacrifice in this noble mission, especially during the holiday season,” Trump said in the message.