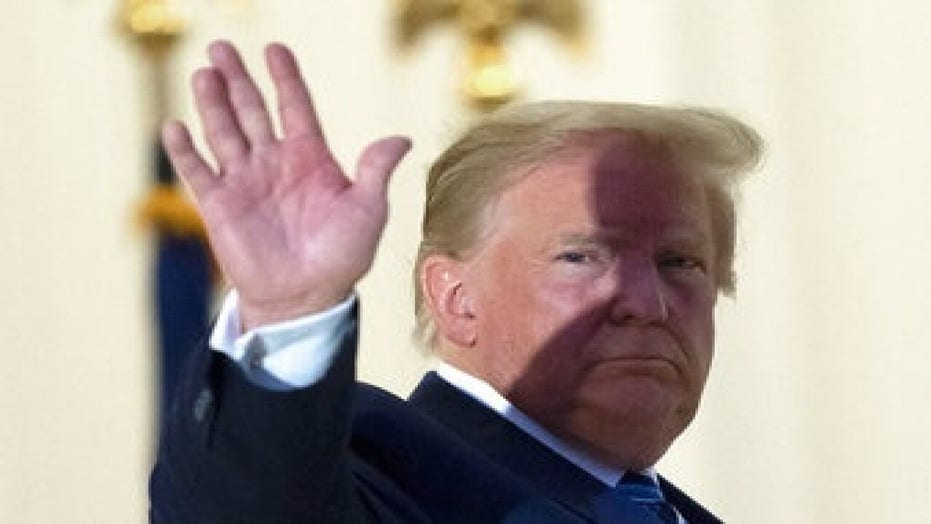 'This is the most important election in the history of our country,' President Trump tells 'Fox &amp; Friends,' adding that people need to 'get out and vote' because what the Democrats want to do 'is crazy.'

President Trump on Tuesday equated the race between himself and Democratic nominee Joe Biden in the 2020 presidential election as a choice between the "American Dream" and a "socialist hellhole."

The president was responding to a question about what he thinks is the starkest contrast between himself and Biden during an interview on "Fox & Friends."

"So many individual things," Trump said, "whether it's Second Amendment or energy or all of these things -- they want to raise your taxes, I want to lower your taxes, regulations, all of that. But the bottom line: the American Dream. The great American Dream versus being a socialist hellhole."

He added that the U.S. would be "no different than Venezuela" under a Biden administration.

TRUMP CONTINUES TO SWING THROUGH BATTLEGROUND STATES WITH STOP IN PENNSYLVANIA

Other Democratic leaders, including former 2020 Democratic candidates Sen. Bernie Sanders of Vermont and Sen. Elizabeth Warren of Massachusetts, have called for a universal health care plan for all Americans.

"They want you to go to a hospital if you have a cold -- take away your health care. ... I mean, you can go down a list forever. They want to take away your guns, defund your police, or at least radically change your police. Look what they're doing in Minneapolis -- in Seattle," the president said in reference to police budget cuts in the two cities.

Biden has made efforts to appeal to more moderate voters, denouncing calls to defund police, saying he does not support universal health care and saying he will not support an end to fracking. His party, however, is pushing for stronger left-wing policies. Rep. Alexandria Ocasio-Cortez, D-N.Y., told Just the News in September that Democrats will "continue to push Vice President Biden on issues from marijuana to climate change to foreign policy."