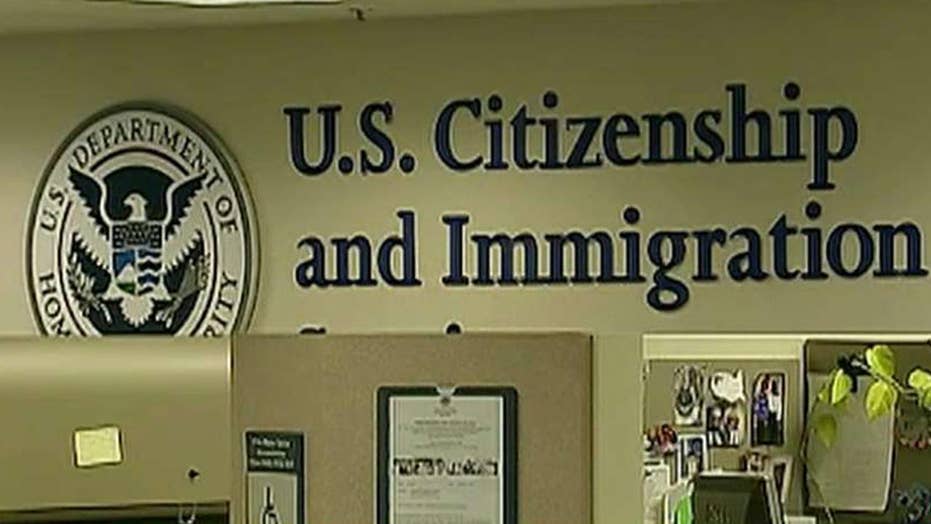 Over 2,500 cases of potential citizenship fraud being investigated by US immigration officials

Denaturalization, the process of revoking a person’s American citizenship, has been around for years – but it has rarely been used and the burden of proof set intentionally high. Citizenship can be revoked either by civil proceeding or pursuant to a criminal conviction.

But statistics show under the Trump Administration, the number of civil cases filed has slowly been on the rise.

“This renewed focus on and renewed use of the tool of denaturalization is an important element in the Trump Administration’s efforts to restore integrity to our legal immigration system,” said Jessica Vaughan from the Center for Immigration Studies. “Because after all, citizenship is the ultimate prize.”

Last year, a new unit was formed in the Los Angeles Office of U.S Citizenship and Immigration Services, designed specifically to review the records of people who became U.S. Citizens since 1990. A September 2016 report released by the Inspector General showed that 315,000 old fingerprint records for immigrants who either had criminal convictions or deportation orders against them had not been uploaded into a database used to check identities.

Officials found nearly 900 people who had been ordered deported or removed under a different identity, so now more than 2,500 cases are under the microscope.

But critics contend the motivation is more sinister.

Patricia Corrales used to be a prosecutor for Immigration and Customs Enforcement – better known as ICE. She used to specialize in pursuing cases of denaturalization but left the agency to concentrate on representing people who were under the threat of having their citizenship revoked.

“It’s absolutely clear to me and to many who have been practicing in this area for years, that the Trump administration is making it much more difficult for individuals who actually obtained their lawful permanent residency lawfully and correctly – is making it harder for them to become citizens of the United States,” she said.

Corrales believes the formation of a unit is a part of a broader plan by the Trump administration to limit legal immigration.

“Because they really want to limit the population of immigrants who may not want to vote for the Republican Party next time – that’s why I think they are doing it, “Corrales said.

But USCIS insists the process of reviewing old cases that could have involved fraud to gain citizenship is a process that was started under George W. Bush and continued into the Obama years. This, agency officials say, is a natural extension of that.

According to the New York Times, which cited data from the Department of Justice, the numbers of civil cases filed in recent years is on the rise. From 2009 to 2016, there was an average of 16 cases filed per year. For the period covering 2017 through November of 2018, a total of 65 cases were filed, marking a sharp rise.

While critics question the motive and the timing, government officials insist that U.S. citizenship is a reward and not for people who come into the country under false pretenses.

“We absolutely feel like this is the right and appropriate step,” Campagnolo said, “for cases where we knowingly have fraud.”

So far, the group in Los Angeles, called the Historical Fingerprint Enrollment Unit, has referred 130 cases to the Department of Justice. To date, nine have resulted in denaturalization.