The Trump administration declined to say Saturday whether it will follow Britain in expelling Russian diplomats after an ex-spy was poisoned on British soil but acknowledged considering a range of “options” in response to the attack.

Britain earlier this week expelled nearly two dozen Russian diplomats after the March 4 poisoning of ex-Russian spy Sergei Skripal and his daughter. They were apparently poisoned with a Soviet-produced, military-grade nerve agent and remain unconscious and in critical condition.

At about the same time, State Department official Heather Nauert made a similar statement while also making clear that the administration would not announce any action Saturday on the matter.

“The United States is considering a range of options to respond to Russia’s outrageous actions in the UK, both to demonstrate our solidarity with our ally and to hold Russia accountable for its clear breach of international norms and agreements,” said Nauert, one day after several European Union countries said they may follow Britain in expelling Russian diplomats. 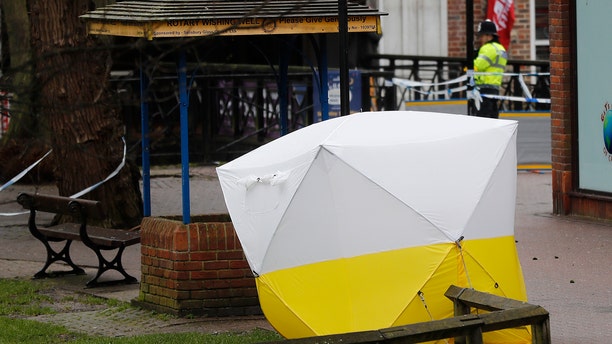 Trump critics have repeatedly said the president is too supportive of Russian President Vladimir Putin’s leadership style. Trump earlier this week congratulated Putin on his successful re-election, despite purportedly being advised not to make the call.

"It is an assault on U.K. sovereignty and any such use by a state party is a clear violation of the Chemical Weapons Convention and a breach of international law. It threatens the security of us all,” they said in a joint statement.