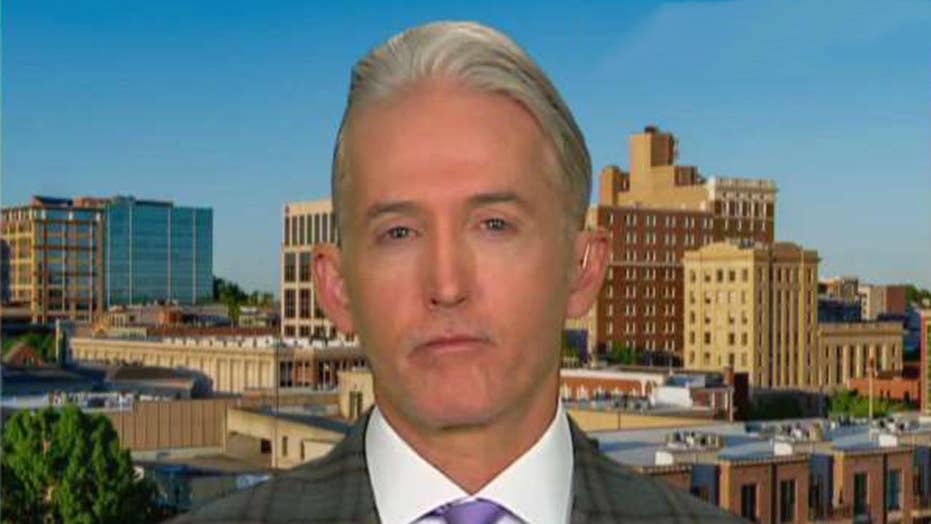 Former congressman Trey Gowdy talked to Maria Bartiromo Sunday and discussed the infamous Christopher Steele Dossier, what it is and why it is important find the extent of its use.

"I mean people use the word dossier and how such an official sound to it. I mean let's just call it for what it is. It's a series of rank hearsay compilations put together by an FBI source who was later defrocked. Paid for by the Democrat National Committee then oh by the way Christopher Steele hated Donald Trump too so that we can call it a dossier. It sounds official," Gowdy said on "Sunday Morning Futures."

"It's really something the National Enquirer would blush if they printed so we know that it was used four times by the United States government."

Attorney General William Barr told Fox News’ Bill Hemmer in the interview aired Friday that one portion of the investigation into the Russia probe's orgins, which he has tapped U.S. Attorney John Durham to lead, would cover the time period between Election Day and Inauguration Day, saying “some very strange developments” took place during that time.

Barr specifically was referring to the early January 2017 briefing intelligence officials gave then-president-elect Trump at Trump Tower, and “the leaking of information subsequent to that meeting.” At that meeting, Trump was briefed by intelligence and law enforcement officials on Russian election meddling -- and was also informed by former FBI Director James Comey about the now-infamous anti-Trump dossier which included salacious allegations against him. Details which were later leaked to the press.

The former House Oversight Committee chairman and House Judiciary Committee member accused the Obama-era intelligence officials of not being upfront when it comes to the dossier's use.

"So there is information that exist in December of 2016 and I hope anyone who has access to it... Senator Burr, Durbin, whoever is open minded. Go look at that. And I think it will help you understand whether or not that dossier, that unverified hearsay, was used... five times or just four times by the United States government is pretty bad. If it was just four times it's really bad, if it was five."