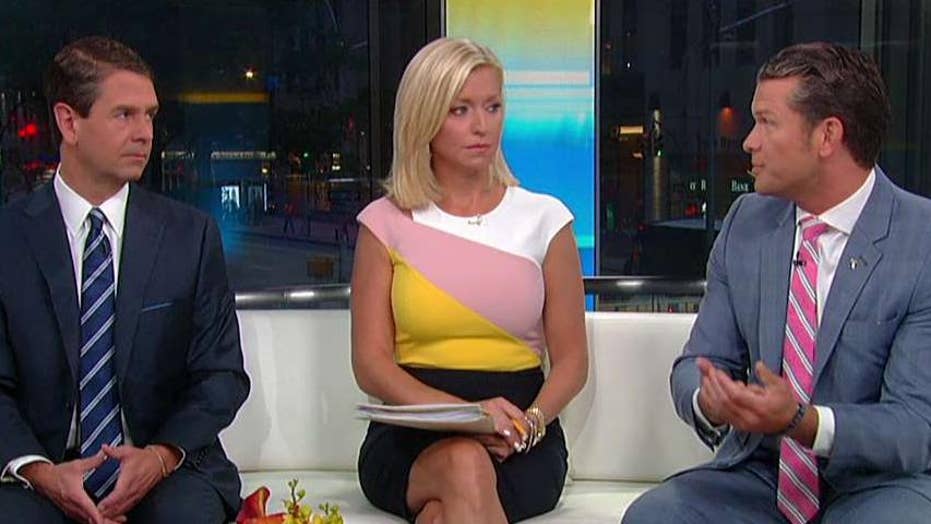 2020 Democrat Sen. Kamala Harris is confronted by a 91-year-old voter while visiting a senior living center in Iowa.

“The one who scares me the most in the general is Kamala Harris," the official said. Described by The Washington Times as a "key player" in Trump's campaign, the official said Harris was the "least flawed" Democratic hopeful in the crowded field of presidential aspirants,

“The top candidates are all flawed candidates, but the least flawed is Kamala Harris," the official reportedly said.

The reported comments came as the party's frontrunner, former Vice President Joe Biden, has caught flak over a string of verbal errors and missstatements.

August polling has shown Harris trailing at least a few other candidates, including Biden, but she has consistently ranked among the top contenders and was floated as a potential choice for vice president.

She's also shown that she's willing to call the former vice president out in her race to the top. The former prosecutor saw a bump in the polls after she made Biden's controversial comments about race personal at the first Democratic primary debate.

Sens. Bernie Sanders, I-Vt., and Elizabeth Warren, D-Mass., seemed to be the biggest hurdles to Harris taking Biden's spot as the party's frontrunner. Both, however, have been tagged by Republicans as far-left socialists.

While Warren has peppered the press with a slew of policy proposals, Harris seemed to position herself as a more realistic candidate.

During a radio interview in July, Harris agreed with host DJ Envy, who mocked the 2020 field's long list of giveaways. DJ Envy said that while all those proposals sounded good, he wanted to know what presidential candidates could "really do."

"That's right," Harris said, before adding, "that's why I'm not churning out plans like a factory -- because it is really important to me that any plan that I am prepared to implement is actually doable."

Harris told the panel on "The View" she was focused on issues that kept Americans up at 3 a.m. rather than "transforming the system" or "upending the markets."