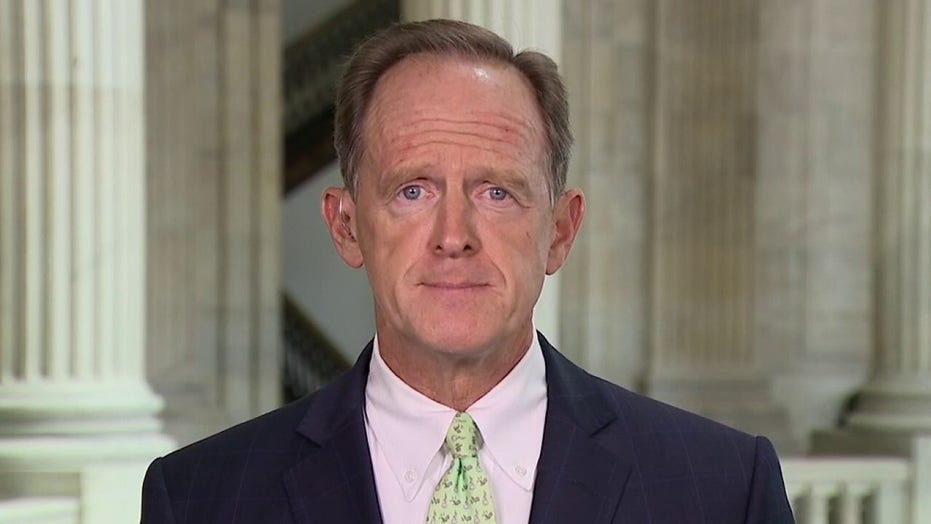 Sen. Pat Toomey says he’s ‘concerned’ about how much Congress has already spent on relief bill

Pennsylvania Senator Pat Toomey weighs in on the coronavirus ‘phase 4’ relief bill on ‘The Daily Briefing.’

Sen. Patrick Toomey, R-Pa., is expected to make an announcement on Monday regarding his political future amid a report stating that he has decided not to run for reelection or for governor of Pennsylvania in 2022.

The report from the Philadelphia Inquirer cited two people familiar with Toomey’s plans who spoke on condition of anonymity because they weren’t authorized to discuss them publicly. Toomey’s office has neither commented directly on reports that he will retire from public office at the end of his term, but said he will make an announcement on Monday at 10 a.m. ET.

Toomey’s decision not to run for public office again – either as senator or governor – will have profound implications for the political alignment of Pennsylvania. Other than judges, Toomey, 58, was the only Republican holding statewide office.

Toomey will make a formal announcement on Monday, just weeks ahead of the November election.

It was not immediately clear why he decided to make an announcement on his political future now, but Toomey has long supported terms limits and said before his 2016 reelection campaign that it would “likely” be his last bid for the Senate.

As a senator, Toomey was critical of Pennsylvania's Democratic Gov. Tom Wolf’s handling of the coronavirus pandemic – fueling speculation that Toomey would run for governor. But his expected retirement from public office gives Democrats headway with no immediate Republican front-runners.

Charlie Gerow, a Republican consultant in Harrisburg told the Inquirer that Toomey’s move is “incredibly surprising.”

“It throws dozens of wild cards into the mix,” he said.

Toomey was first elected to the U.S. Senate in 2011, then re-elected in 2016. He served as a member of the U.S. House of Representatives from 1999 to 2005. Before holding public office, he worked in finance and operated a small restaurant chain with his brothers in the Leigh Valley.