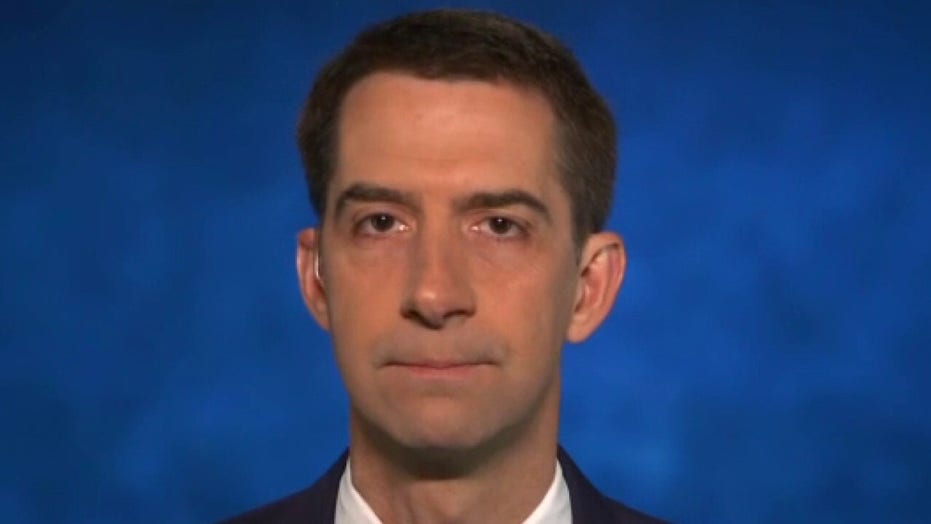 Senator Tom Cotton, R-Ark., reacts on ‘The Faulkner Focus’ to the Democrats using the Russia bounties report against Trump.

Sen. Tom Cotton, R-Ark., told "The Faulkner Focus" Friday that intelligence about Russia placing bounties on U.S. soldiers in Afghanistan was "selectively leaked" to the media last year to help the Biden campaign. A senior Biden administration official said Thursday that the intelligence community only had "low to moderate" confidence in the story.

TOM COTTON: Joe Biden owes President Trump an apology. Joe Biden used that line of attack multiple times in the campaign to include in the presidential debate. I remember when it first surfaced last summer, I was open-minded to it, it sounds like something that Vladimir Putin and the Russians would do. But I sit on the Intelligence Committee. I reviewed it carefully, and again, I could not see where these reports in the media were coming from.

We now have the Biden administration itself confirming that they only have low to moderate confidence, which is pretty low in terms of the intelligence community's assessments. So Joe Biden really owes Donald Trump an apology, as does Kamala Harris and every other Democrat that attacked him on the basis of unsubstantiated media reports.

How did it get out there? Unfortunately, there are probably some people in the government who didn't like Donald Trump, wanted to help Joe Biden get elected, and they selectively leaked it without providing the proper context to it.