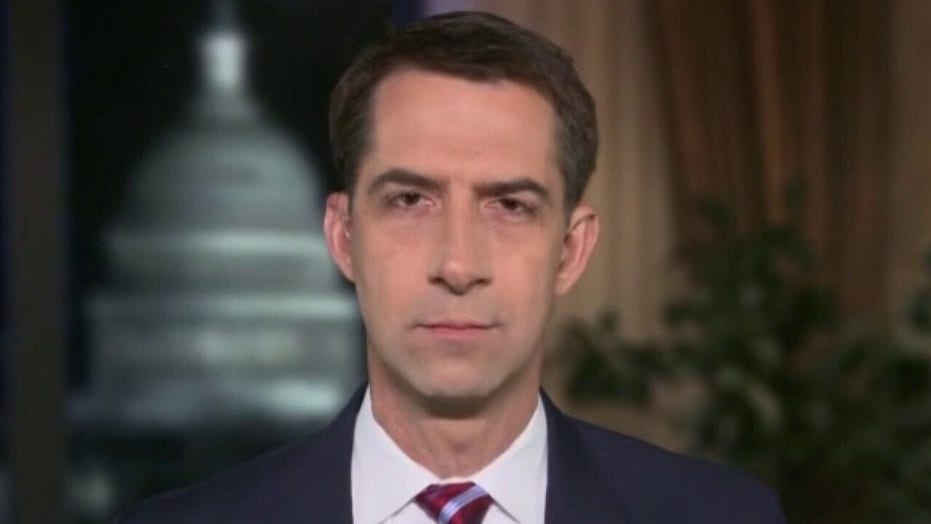 Sen. Tom Cotton, R-Ark., is introducing legislation to remove what he described as "divisive" and "anti-American" ideas from military trainings.

Kendi's book, "How to be an Antiracist," explicitly endorses discrimination as a way to counter systemic racism.

"Our military's strength depends on the unity of our troops and the knowledge that America is a noble nation worth fighting for," Cotton said.

"Critical race theory teaches that race is a person's most important characteristic, and that America is an evil, oppresive place. That idea may be fashionable in left-wing circles and college classrooms, but it has no place in our military. Not only will such racist ideas undermine our troops' faith in each other, they’ll also erode their trust in our country’s guiding principles. The United States military shouldn’t be promoting such divisive, un-American ideas."

The legislation would specifically ban ideas like the U.S. "is a fundamentally racist country" or that "[a]n individual, by virtue of his or her race,  is inherently racist or oppressive, whether consciously or unconsciously." The text also provided that the bill shouldn't be construed to restrict free speech or prevent service members from accessing materials that advocate those types of theories.

Sen. Tom Cotton (R-AR) speaks to the crowd at the Georgia National Fairgrounds and Agriculture Center on Nov. 19, 2020 in Perry, Georgia. (Photo by Jessica McGowan/Getty Images)

Cotton's bill faces an uphill road in the Senate, which has a 50-50 split of Republicans versus Democrats and their independent allies. In the event of a tie, the deciding vote would be cast by Vice President Kamala Harris. Even if it did reach President Biden's desk, it would likely be rejected as he has already moved to undo former President Donald Trump's ban on CRT trainings.

CRT and related training have received praise from some who say it helps combat systemic racism.

But critics like Discovery Institute researcher Chris Rufo argue that those sessions actually reinforce racism by fixating on stereotypes and, in some instances, encouraging segregation.

Rufo, who was credited with driving the Trump administration's ban, said Cotton's bill "should be uncontroversial."

"America's public institutions, especially the military, should not promote the principles of race essentialism, collective guilt and racial segregation, which are anathema to American ideals. That this legislation is even necessary is a sign of how pervasive these ideas have become, even in ostensibly apolitical environments like the military," he wrote in City Journal.