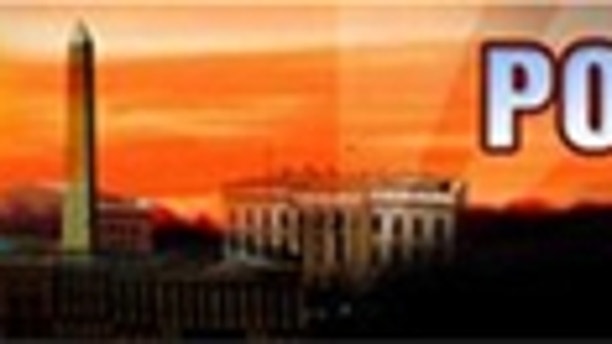 Chris Stirewalt's Power Play is available for a limited time on the America's Election HQ blog. Check back for updates on new subscription offers for app users.

As the field for RNC chairman shapes up, big money and deep connections to the outside group that helped Republican candidates this year are emerging as keys to success.

The would-be leaders of the Republican National Committee are already trying to show their fundraising clout as part of their campaigns to replace Michael Steele and have the backing of heavy hitters in the party as they make their cases.

The first debate in the race to replace Steele produced lots of zingers aimed at the party's financial struggles and highlighting the candidates' power to pull cash. The RNC will report its post-election financial situation today and the news is expected to be very dire.

Steele hasn't yet said whether he will run again, but powerful GOP figures are lining up behind candidates in expectation of a change.

At Wednesday's debate, hosted by Dick Armey's FreedomWorks and the Republican National Conservative Caucus, a claque of the most conservative members of the 168-person RNC, candidates sought to burnish their Tea Party credentials and fundraising wherewithal.

Maria Cino, former RNC deputy chairwoman, Bush administration official and executive director of the GOP's House campaign arm, didn't show for the debate. But she was able to tout the support of former Vice President Dick Cheney and others who will host a fundraiser for Cino's bid at the home of Mary Matalin next week.

But why bother raising big bucks for an election where there are only 168 voters?

"This is a decision that rests with the party chairmen and national committeemen, and they're not going to be swayed by any campaign," said one influential Cino backer. "It's not about the spending, it's about the fundraising. This is a way to show what Maria brings to the table: fundraising ability and organizational skills. Those happen to be the things that the committee is most in need of right now."

A top concern among RNC members remains that the party will become less relevant as outside groups like American Crossroads take in more money and fill party roles, as the organization did in this year's midterms.

But of those in the field already, American Crossroads is a prominent player.

Duncan, who returned as a committeeman from Kentucky after Steele unseated him as chairman in 2009, is the chairman of Crossroads' board. Cino has the support of former RNC chairman Ed Gillespie, one of the instigators of the Crossroads effort. And Wagner is a longtime ally of Karl Rove, another driving force behind the creation of the group that raised and spent more than $65 million this year.

Party insiders downplayed any hint of division between Gillespie, Rove and Duncan. One operative who had worked with Crossroads saying that it was all "friendly competition" and that any of the three candidates "would be welcome."

The field is expected to grow dramatically by next month when Americans for Tax Reform will host the second debate in the race just days before committee members vote. Whether or not more Crossroads-affiliated candidates join the field, the group will be a top consideration for voting members.

"I don't get any sense that connections to Crossroads is viewed s any kind of a negative," one state party chairman still undecided in his support. "They did an outstanding job this cycle and we can apply a lot of what they did - be lean, be fast, be efficient."

"We've just put forward a proposal showing how jointly working, tackling the shared problem of security, could share responsibility between ourselves. But if our proposals will be met with only negative answers, and if on top of that, additional threats are built near our borders as this, Russia will have to ensure her own security through different means."

"When we are talking with our American friends and tell them there are systemic problems we hear from them: ‘Don't interfere with our affairs. This is our tradition, and it's going to continue like that.' We are not interfering. But to our colleagues, I would also like to advise you not to interfere with the sovereign choice of the Russian people."

"It is unfortunate that it took Amazon five months to terminate its relationships with WikiLeaks, and only after having political pressure applied."

-- Rep. Peter King (R-NY) in a statement condemning the release of classified material.

"We are adjusting our strategy in areas where there are no active leases."

-- Interior Secretary Ken Salazar announcing a five-year ban on oil exploration off the Atlantic and Pacific coasts and in the eastern Gulf of Mexico, reversing President Obama's policy from before the Deepwater Horizon spill.

"The answer isn't to give up and say, 'America can't figure it out, we'll rely on other countries to produce our energy.' The answer is to find out what went wrong and make effective, timely reforms to ensure that U.S. offshore drilling is the safest in the world."

"My sense is we have made progress."

-- Jonathan Pershing, chief U.S. negotiator at the global warming summit in Cancun, Mexico, hinting at a potential deal with China on how to monitor carbon emissions.

"... while we had a good meeting at the White House yesterday about how to resolve the issue of stopping all of the tax hikes, the House leader is going to go down this path of gerrymandering the process so members only have one option, and that's to vote on only providing some tax relief for the American people."

-- House Speaker Designee John Boehner (R-OH) ripping the decision by lame-duck Democrats to forbid any tax proposal to come up today except for the one favored by outgoing Speaker Nancy Pelosi that would increase rates for top earners.

"The nation is headed for a fiscal cliff. We have to act."

-- Senate Budget Committee Chairman Kent Conrad (D-ND) announcing his support for the Simpson-Bowles debt commission proposal to be voted on by the 18-member panel on Friday.

"[The bill] will improve our military readiness."

"He's received enough humiliation already - the pictures of him defending himself without a lawyer were just pitiful. A lot of us are heartsick that a Korean War hero would have this as part of his last years in the House."

-- Rep. Earl Pomeroy (D-ND) to the Hill explaining why he will oppose the public censure of Rep. Charlie Rangel (D-NY) anticipated in the House today.

"We don't know the specifics, but we know that the integrity of the Committee and its investigative process have been compromised."

-- Rep. Maxine Waters in a statement denouncing the House Ethics Committee, which is investigating a $50 million bailout she sought for a bank partly owned by her husband, after two top lawyers for the committee were suspended.

"I think it's just consistent with who I've always been."-- Rep.-elect Tim Scott (R-S.C.) to The Hill explaining why he, unlike fellow incoming freshman Alan West (R-FL), will not join the previously all-Democrat Congressional Black Caucus.

"We will be slow in paying as we are having a cashflow challenge... Everyone will be slow paid until after the first of the year."

-- Boyd Rutherford, chief administrative officer of the National Republican Committee, in an internal email obtained by Politico explaining that the party could not pay its bills. Final reporting on the party's election debt, due out today, may show a deficit of more than $15 million.

"It's money first, money second and it's money third."

-- Former Missouri state GOP Chairwoman Ann Wagner on the duties of a party chairman at a debate of potential Republican National Committee leaders hosted by FreedomWorks.

"The Federal Election Commission and the Justice Department have reached the right result on the baseless allegations made against him, and we look forward to the Ethics Committee reaching the same conclusion soon."

-- Statement from Paul Coggins, lawyer to Sen. John Ensign (R-NV), on the decision not to bring criminal charges against his client for money given to the husband of his former mistress.

"They should have made that decision then, made them permanent so we wouldn't be in this situation today."

-- Rep. Michelle Bachmann (R-MN) "On the Record with Greta Van Susteren" saying Republicans should have made President George W. Bush's tax cuts permanent when they had the chance.

"As we lose faith in Congress it is up to the governors to show what real government looks like."

"We are not that far away from Greece and Ireland. In fact, statistically we are closing in on them quickly."

"These tired arguments of rich versus poor, it's time to tax the rich, and discussions of fairness all pale in comparison to what the American people know and that is raising taxes on job creators will not create jobs."

"I do not think that a tax going back to 39 percent from the current 36 percent for people making more than $250,000 will have any negative economic impact."

-- Charles Krauthammer on "Special Report with Bret Baier" explaining why the Obama administration has pushed so hard on modifications to the strategic arms treaty between the U.S. and Russia.

Gov. Bobby Jindal (R-LA) will be on "America's Newsroom with Martha MacCallum and Bill Hemmer" in the 9 a.m. hour.

Gov.-Elect Scott Walker (R-WI) will be "On the Record With Greta Van Susteren" in the 10 p.m. hour.

(All times Eastern/Guests as scheduled)