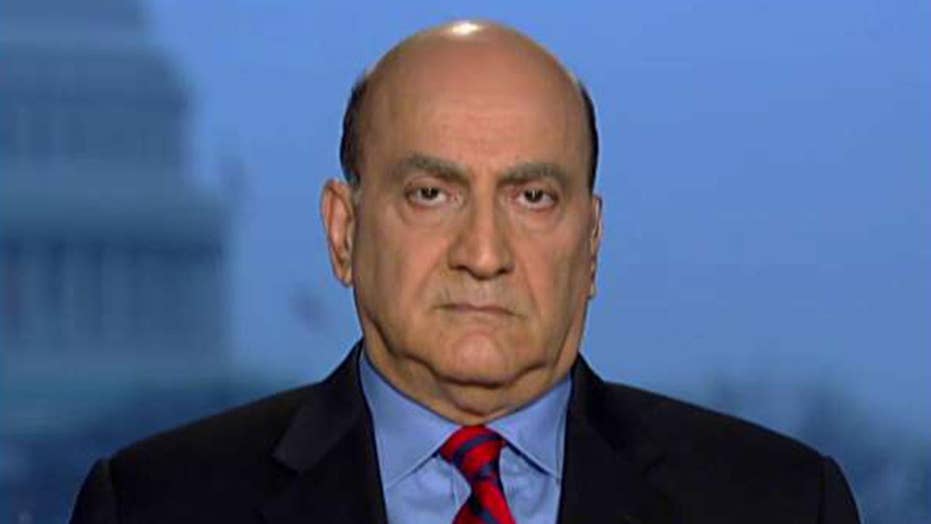 Democratic lawmakers said Tuesday that they have the votes to pass a privileged resolution in the Senate introduced by Senate Armed Services Committee member Tim Kaine, D-Va., that is meant to tighten the reigns on President Trump and prevent him from using military action toward Iran without first seeking congressional approval.

Kaine told reporters that the second version of the resolution -- which would mandate the U.S. withdraw troops from hostilities against Iran -- has the support of four Republicans in addition to all of his Democratic colleagues, which would give it a simple majority to pass.

“I’ve got 51 declared votes on version two,” Kaine told reporters, adding there are “more considering getting on board.”

"Although the President as Commander in Chief has the power to lead and defend our armed forces and to respond to imminent attacks, no President has the authority to commit our military to a war," Collins said in a statement of support on Tuesday. "It is important to reassert the Legislative Branch's war powers authorities regardless of who occupies the White House.  This has been my position during every administration, Democratic or Republican."

Despite its bipartisan support, the resolution faces an uphill battle even if it is approved by Congress because it will likely be vetoed by Trump or be amended to include a caveat that would allow the president to use military force in the case of an imminent threat.

Kaine's resolution stresses that the war authorization used to invade Iraq against Saddam Hussein in 2002 does not apply to future military action that the Trump administration might intend to take against Tehran.

Sen. Tim Kaine, D-Va., center, joined from left by Senate Minority Leader Chuck Schumer, D-N.Y., Sen. Tom Udall, D-N.M., and Sen. Tammy Baldwin, D-Wis., meets with reporters as the House prepares to send the articles of impeachment against President Trump to the Senate, at the Capitol in Washington, Tuesday, Jan. 14, 2020. Kaine also discussed his War Powers Resolution that the Senate is expected to vote on soon. (AP Photo/J. Scott Applewhite)

Kaine's resolution, which is co-sponsored by Senate Minority Whip Dick Durbin, D-Ill., was introduced Thursday just as similar resolution in the House, spearheaded by Rep. Elissa Slotkin, D-Mich., passed with a majority vote.

The Senate version will likely come up for a vote next week, but lawmakers anticipate the timing may coincide with the start of an impeachment trial against Trump.

“It’s widely understood that we will be doing other stuff during impeachment,” Kaine said.

"I'm glad the Senate will soon consider Senator Kaine's war power resolution, which would prevent further escalation of hostilities with Iran," House Majority Leader Chuck Schumer, D-N.Y., told reporters Tuesday. "We will work out the timing. We have to figure out how it intersects with impeachment."

Democrat's scramble to pass a resolution was born out of frustrations that Trump did not consult Congress before launching an airstrike that killed Iranian Quds Force Gen. Qassem Soleimani and resulted in increased hostility between Iran and the U.S.