The Hitchhiker’s Guide to the House on Tuesday 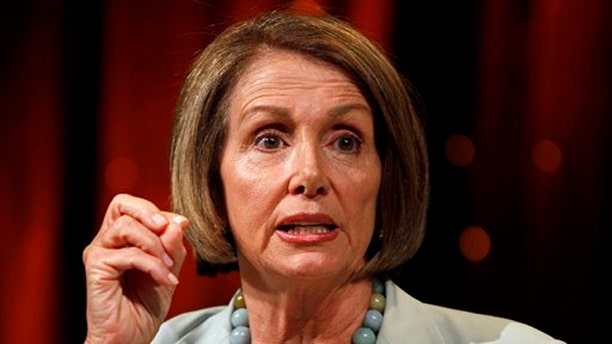 “Did you have a nice summer recess?” smirked Rep. David Dreier (R-CA) just before the House Rules Committee convened Monday night. “Mine just flew by.”

Ten days ago, the House of Representatives hung out its “Gone Fishin’” sign until September 14. The House figured it had completed all of its work for the summer. Meantime, the Senate, saddled with the requirement of offering the president advice and consent on cabinet and judicial appointments, lingered for a week in the sweltering Washington heat to approve the nomination of Supreme Court Justice Elena Kagan.

The House thought it was off the hook. After all, many in the House have groused the past two years about the Senate’s inability to handle much legislation sent its way.

The House-Senate rivalry is as old as the republic. But the irony is that the House’s primary antagonist managed to tweak its legislative counterpart by approving a bill last week that many left for Congressional road kill. It’s a $26 billion state aide package that helps states cover Medicaid costs and averts the layoffs of teachers, firefighters and police.

The Senate was able to wash its hands of the legislation, dispatch it to the House and get out of Dodge. Meantime, House members were faced with the onerous task of abandoning recess and storming back to Washington for a cameo session that will run little more than five or six hours today.

I half expect to pick up a copy of the Congressional Record and have a leaflet flutter toward the floor.

“For this performance, the role of House Speaker Nancy Pelosi will be played by…” the slip of paper will read.

The catchphrase for today’s session could be “Just keep the engine idling.”

The House is appearing in a limited engagement. But expect plenty of political capers and high-jinks.

That’s because the version of the legislation the Senate kicked over to the House was merely a placeholder. Expect Republican lawmakers to have a field day with this parliamentary gaffe. I’m sure during the debate, many GOPers will lampoon U2’s hit “Where the Streets Have No Name” or America’s “Horse with No Name” as they pillory this bill. A political cartoon is now making the rounds on the internet depicting the title of this bill as the symbol that Prince used to go by when he was the Artist Formerly Known As…

Of course, musicians produce “untitled” works all the time. Led Zeppelin’s fourth album is considered to be one of the greatest records in the history of rock. It’s sometimes called “Led Zeppelin IV” or “Four Symbols” for the imagery tattooed on the cover. Following Zeppelin’s lead, perhaps the House will simply call this bill “Four Symbols” or “Untitled” as well.

The escapades over the bill’s lack of title began Monday night as the House Rules Committee met in the Capitol to prep the John Doe legislation for floor action.

“We have no name of the bill,” complained Dreier.

“Who would have thought the Senate would have passed it?” responded Rules Committee Chairwoman Louise Slaughter (D-NY).

Then Dreier cooked up a devious plot to seek revenge on the Senate for interrupting the House’s summer recess.

See, if the House alters the legislation in any way, the Senate would have to come back into session to agree to the House’s changes.

But that’s unlikely to happen. And a senior aide for Senate Majority Leader Harry Reid (D-NV) indicated that the Senate won’t reconvene until September.

In addition to the state aid bill, the House will forge ahead with a border security package that the Senate’s already adopted. But that bill has to go back through the Senate even though the House is approving the same legislation the Senate okayed. That’s because the Constitution requires bills that deal with “raising revenue” to originate in the House. This bill has tax consequences. So the House will approve a new bill and send it along to the Senate for action in September.

Last, the House will consider a special resolution by Rep. Tom Price (R-GA) to try to avert a lame duck session later this year. A few weeks ago, House Speaker Nancy Pelosi (D-CA) was coy when I asked her what bills lawmakers may wrestle with during a lame duck session.

“We're having a lame duck? Are you making an announcement here today?,” Pelosi asked.

At the very least, lawmakers expect to return to Washington after the November elections to tackle the annual spending bills to run the government. But Republicans suggest Democrats could trot out controversial bills such as “card check,” which makes it easier for unions to organize or even some tax hikes.

Rep. Chris Van Hollen (D-MD), a top Pelosi lieutenant, called some of this speculation a “conspiracy theory.” And Democratic insiders point out that even though some lawmakers are retiring, it’s unlikely they could twist their arms and persuade them to vote for controversial bills they wouldn’t have supported otherwise.

“I found it personally offensive when someone came to me and said, ‘What do you care? You're not running for re-election.’ They were relatively fortunate to get away only verbally scathed,” said retiring Rep. Brian Baird (D-WA).

All of this is just the theatrics on the House floor tomorrow.

But there are at least two sideshows that will play out across the street from the Capitol in the Rayburn House Office Building.

Embattled Reps. Charlie Rangel (D-NY) and Maxine Waters (D-CA) return to Washington amid a cloud of ethics scandals. Both of their offices are on the third floor of Rayburn. And both plan to stand before ethics investigators in September to defend themselves against charges that they violated House rules.

Reporters pursued Rangel relentlessly up and down the halls before Congress adjourned at the end of July. Expect much of the same today. But the Waters pursuit is new. Word that Waters rejected a possible sanction from the Ethics Committee came late on the Friday when the House left town a few weeks ago. The ethics panel just unloaded a spate of documents that spell out how the Congresswoman allegedly broke House rules by intervening with federal regulators on behalf of a bank in which her husband owned stock and sat on the board of directors.

Chasing Rangel is old hat. But today’s compressed session will mark the first crack journalists get at Waters.

Lawmakers are sure to notice something different in the House chamber when they descend on Capitol Hill. The “scoreboard” that lists how each member votes is out of commission. Thinking the House would be out of session for six week, construction workers peeled the tally board off from the wall behind the dais, exposing 150-year-old, raw brick. A gigantic, black drop cloth now shrouds the wall, hung on scaffolding. The House was installing a new, easier-to-read board illuminated with LED technology. Lawmakers will have to rely on special, flat-screen TV’s temporarily erected throughout the chamber to confirm their votes.

And it will be interesting to see just how many lawmakers show up to vote today. In March, 2005, only 261 of the House’s 435 members surfaced in Washington for a special session that lasted but a few hours.

Attendance in the House is expected to be higher today than for that episode. But it’s possible House leaders could call a few “bed check” votes. These are simple votes such as approving the journal to gauge how many members are present and accounted for.

Of course, with lawmakers primed to head right back to the airport or train station, one wonders how many are at the Capitol physically, but somewhere else mentally.