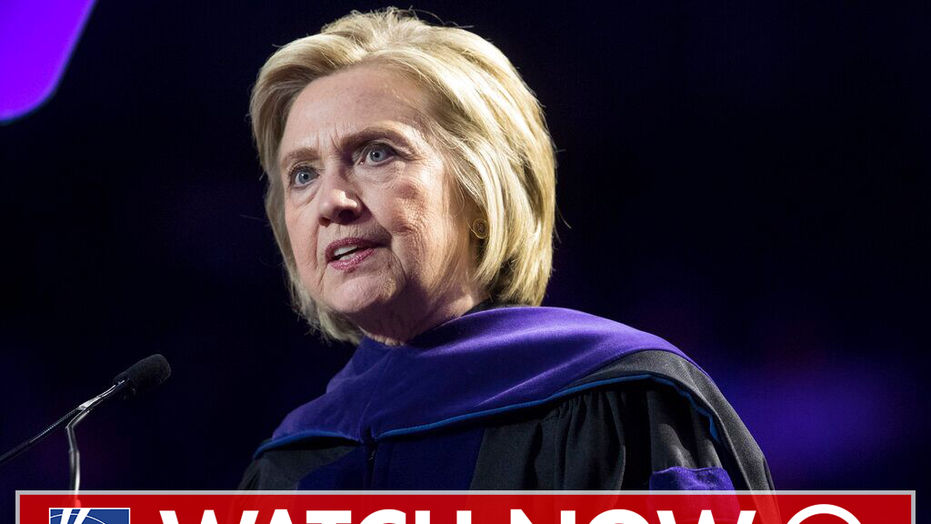 Hillary Clinton's commencement speech at Hunter College in New York City was a 'one big liberal love fest,' but not much of a surprise, according to Greg Gutfeld.

"The Five" discussed the former secretary of state's address on Thursday's show, with co-host Gutfeld saying many of those in attendance got exactly what they wanted from the speech.

Clinton condemned the Trump administration on Wednesday, saying they have not taken “even the most basic steps to protect our voting systems.”

Co-host Katie Pavlich kicked off the discussion on "The Five" by suggesting the speech was unrelated to the students.

"Isn't that the point that you pay to go to college and you pay these massive amounts of speaker fees while these students have all these loans and they are trying to get into the real world, and yet it is hijacked by someone who wants to talk about herself and issues that really are unrelated to their career," Pavlich asked Gutfeld

"I don't see it as hijacking... it's what they want," Gutfeld responded.

"This has been going on for decades, they have liberal commencement speakers. They have a liberal administration.  It is one big liberal love fest. When I see this, it is like being surprised when you find garbage at the dump."

Co-host Jesse Watters jumped in an gave his theory as to why Clinton continues to speak politically.

"Here's my theory on why she is staying in the game, she thought the insurance policy would kick in, he would get impeached, and she would run in 2020 as the rightful heir to the throne, because she was robbed and she would restore the Clinton dynasty," the "Watters' World" host said.

"You're still hating on Hillary. Those graduates and their parents are going to always remember who spoke at that graduation and they are terrifically honored as we heard," Williams said.