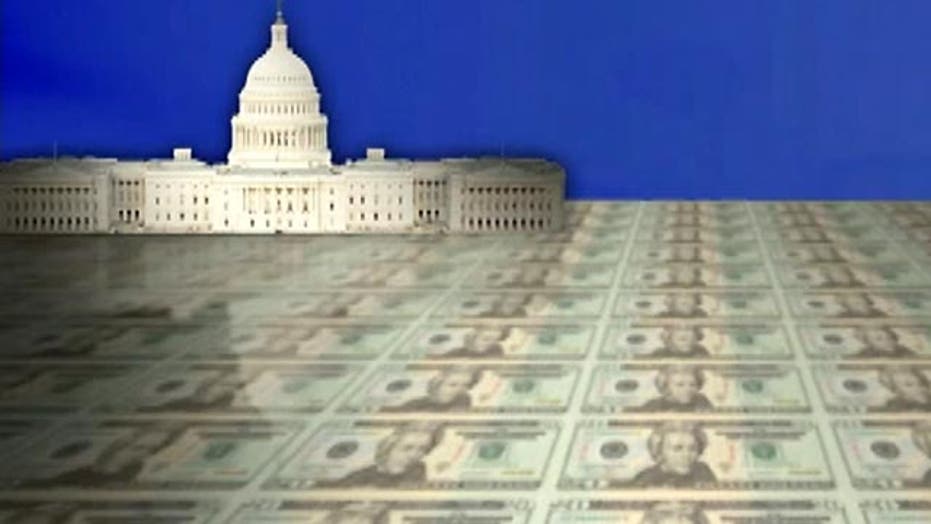 What are solutions to America's debt crisis?

We're always hearing from politicians about the urgency of the nation's fiscal situation. The debt is over $16 trillion. Deficits -- the annual shortfall -- are persistently north of $1 trillion.

Those figures are constantly in the background, reminding both parties that whatever the solutions, they need to find and act on them quickly. And the solutions will have to be big -- because the problem is massive.

Experts agree that drastic changes are needed to return America to a fiscally sustainable path. But it's a long road to get there -- in the face of $1 trillion deficits, closing the gap will be done one million, one billion, at a time.

Here are a few ideas:

Hypothetically, if all these proposed solutions were to be enacted, the U.S. would spend $166 billion a year less than it does today.

That's a lot. But not when it's compared with how much is spent in a year -- $3.5 trillion in 2012. And it's even less when compared with the total national debt.

"The problem was created in Washington. It can be fixed in Washington," he said. "I have to think in terms of economics what the best thing to do (is) and for me that's to gradually reduce spending as a share of GDP, that means reduce the growth rate."

He continued: "That's what a family would be doing if they were borrowing too much, they'd just go back to where they were before the problems began. ...  Number two, we have an opportunity now for, to reform our tax code, that will also stimulate economic growth and work on this high unemployment rate. And longer term, there are some reforms in Social Security, Medicare in particular, that can reduce really what is expected to be an explosion of spending into something that's more sensible, more sustainable."

"Number one, getting our future rates of entitlement spending under control, particularly in the health care arena. Those are the big numbers," he said. "Secondly, even modest increases in the rate of growth in the economy, even .5 percent more per year."

He said that over a decade or more, that growth "generates huge money which makes it so much easier to solve this problem in a way that's politically palatable."

Alice Rivlin, Bill Clinton's budget director and one of the only people to serve on both of the most prominent deficit-reduction commissions in Washington, agreed that the growth in health care entitlements must be slowed.

She added: "You have to put Social Security back on a firm foundation and you have to raise more revenues through a reformed tax code. Everybody who's looked at it comes out that way. ... But (lawmakers) are caught in this political game of blaming each other."

Economists urged lawmakers not to squander the opportunity to correct course.

"I'm actually convinced that now is a better time than ever," Arthur Brooks, president of the American Enterprise Institute, said. "We have a golden opportunity to do some of the things that we should have done a really long time ago. We have an opportunity to actually shape the entitlement crisis. ... The key thing that we have to remember is not to let this slip away."

Bret Baier is the chief political anchor of Fox News Channel, and the anchor and executive editor of "Special Report with Bret Baier.” He is the author of “Three Days in January: Dwight Eisenhower’s Final Mission,” and “Three Days in Moscow: Ronald Reagan and the Fall of the Soviet Empire.” His third presidential book, “Three Days at the Brink: FDR’s Daring Gamble to win World War II,” will be released on Oct. 22, 2019.