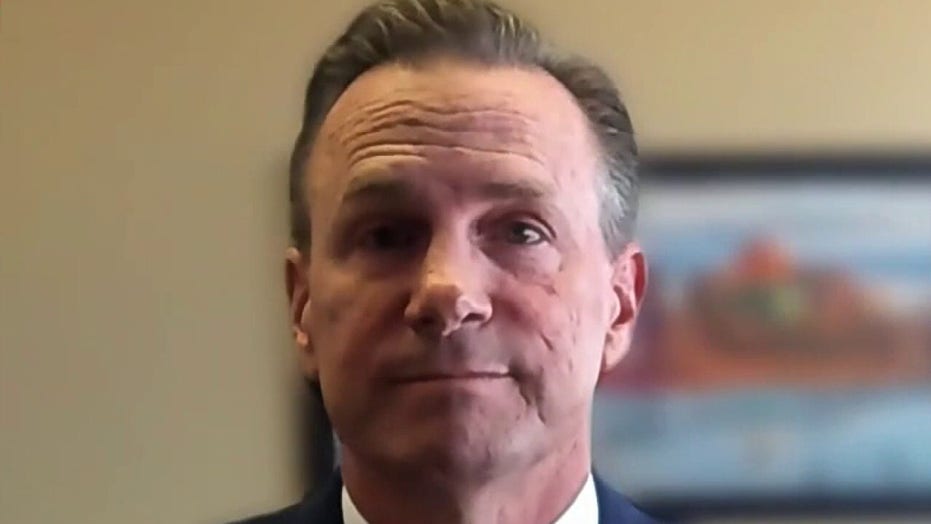 Midland, Texas Mayor Patrick Payton reacts on 'America Reports' to the migrant surge at the border.

PAYTON: We found out about this facility on Sunday, and by 11:30 Sunday night they started shipping people into that facility. We were not contacted, nobody contacted the mayor’s office or the county judge’s office. Fast forward to today...we already know that they are moving 25 of those children, loading them on an airplane, to take them to Office of Refugee Resettlement locations somewhere in the country. We don’t know if that’s Texas, we don’t know what states those are. So, they're already relocating them from our facility, onto planes and to another facility in the country. It is utter chaos. You can’t get answers, you can’t get details. The facility is up and running. They are putting a 10 foot fence around it even as we speak. And so, it’s chaos. There is no overstating the fact they have not communicated to us. DHS, HHS, they give very scant answer to the questions we ask, and the detailed questions we ask we're not getting any response from. And so, we're very concerned about what's happening. We’re deeply concerned about what’s happening to these kids. But were also deeply concerned about the overreach and abuse by the federal government.

Let me turn the tables a libble bit. We have communities here, Midland and Odessa combined, that our citizens understand the seriousness of what’s happening to these kids, many of them who have been trafficked and who have been abused, and have been waiting and asking how can we meet the needs of these kids? How can we give them clothing? How can we support them? And we’re being told by the government, "we don’t need your help, we don’t need anything from you." And so, it's another one of those issues. We can’t even help with a crisis that’s unfolding within our borders, and now we see this happening. When we ask the question will you be closing the facility? Will you be bringing more kids in? Once again, you don’t get answers. As you said, which is 100% true, we’re just scrambling as we watch this crisis migrating its way through Texas and into the county.

I would tell him [Biden] to get control. I would tell him to understand what their policies and priorities are unleashing on this county. Because quite literally I think that their symbolism over what they believe about immigration is translating into a crisis down here on the border. The fact of the matter is people are being abused, families are being abused, children are being abused, and trafficking is going to get even worse because, really, administration policies that make no sense coming out of Washington D.C., and we have to live with it and the rest of the country is going to have to live with it as well.