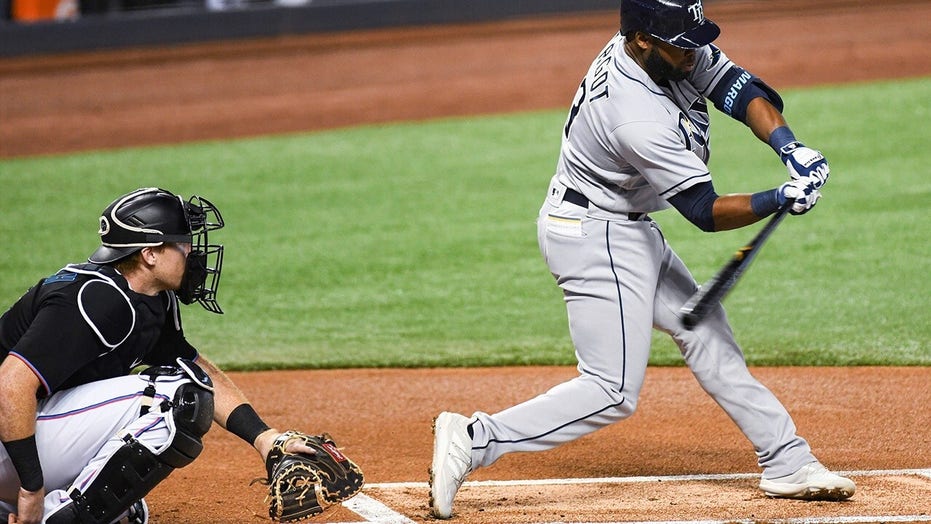 Texas Gov. Abbott on why he declined to throw first pitch at home opener

Texas Gov. Greg Abbott said on "America's Newsroom" Tuesday that he did not throw the first pitch at the Texas Rangers' home opener because the Major Baseball League engaged in political malpractice by pushing a false narrative about the Georgia election reform.

GREG ABBOTT: I could not associate myself with Major League Baseball, that had gone out and done something that was absolutely ridiculous. It was taking positions with regard to these voter and election laws in the state of Georgia, where clearly Major League Baseball had not read or not studied it and did not know what those laws provided. The MLB was basically boycotting the state of Georgia, that has laws that are more lenient for voters than the state of New York, than the state of Delaware where President Biden hails from himself - and not knowing what the laws provide...not knowing that the laws actually did not crackdown, but instead expanded the ability to vote.

It is ridiculous that we have some of these organizations that know nothing whatsoever about what the law provides, but they're...injecting themselves into politics in ways that are just flat out wrong. And I refuse to associate with an organization that is taking political positions when they need to be focusing on baseball and on opening day for the Texas Rangers. And they shouldn't be engaged in politics like that. And the last thing we want is for them to be engaged in politics in the state of Texas. What they did is political malpractice...