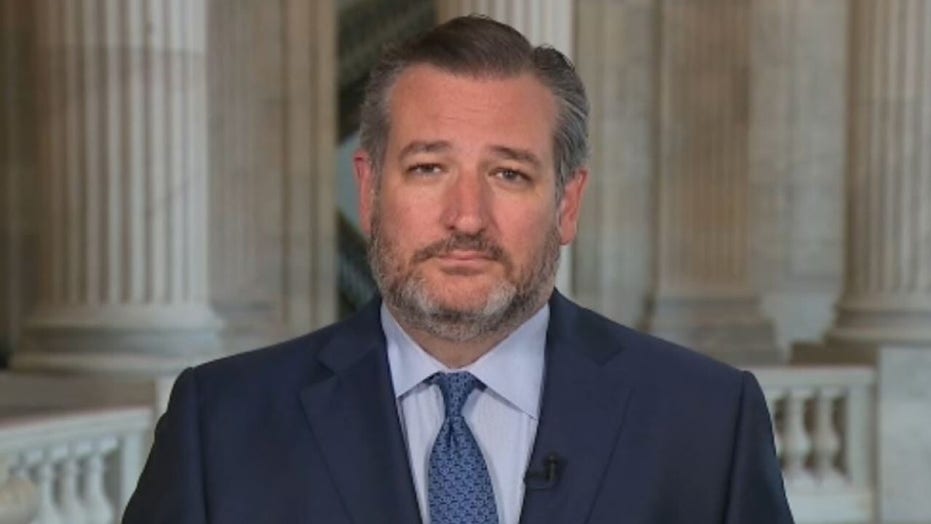 Texas Senator Ted Cruz discusses Democratic lawmakers' attempt to prevent a vote on election legislation and says the Biden administration's reaction to the unrest in Cuba is 'terrible.'

Democratic Texas state legislators were slammed on social media for a photo showing them maskless and smiling on a flight to Washington, D.C., in an effort to block a Republican voting bill.

"Rules for thee but not for me strikes the Democrats, again. Hey, @TSA, if these Democrat lawmakers are allowed to fly without masks, so should the American people. Follow the science, not the political science," Republican Rep. Byron Donalds tweeted in response to the photo.

More than 50 Texas Democrats fled the state Monday on private jets in a bid to prevent a Republican-backed voter integrity bill from passing in a special legislative session.

Critics quickly accused the Democrats in the photo of hypocrisy on mask-wearing, and also noted that lawmakers likely had to show an ID to board the plane, a method of identification that many Democrats argue against in the case of voting.

It is the second time that Texas Democrats staged a walkout on the voting bill, and leaves the state’s House of Representatives without a quorum to pass the bill. The walk-out, however, does not provide Democrats the ability to permanently block the legislation.

"Today, Texas House Democrats stand united in our decision to break quorum and refuse to let the Republican-led legislature force through dangerous legislation that would trample on Texans’ freedom to vote," a handful of Texas lawmakers said in a statement Monday.

"We are now taking the fight to our nation’s Capitol," they added. "We are living on borrowed time in Texas. We need Congress to act now to pass the For the People Act and the John Lewis Voting Rights Act to protect Texans – and all Americans – from the Trump Republicans’ nationwide war on democracy."

Gov. Greg Abbott said the Democrats who fled the state will be arrested upon their return to Texas.

"Once they step back into the state they will be arrested and brought back to the Capitol and we will be conducting business," he said Monday.