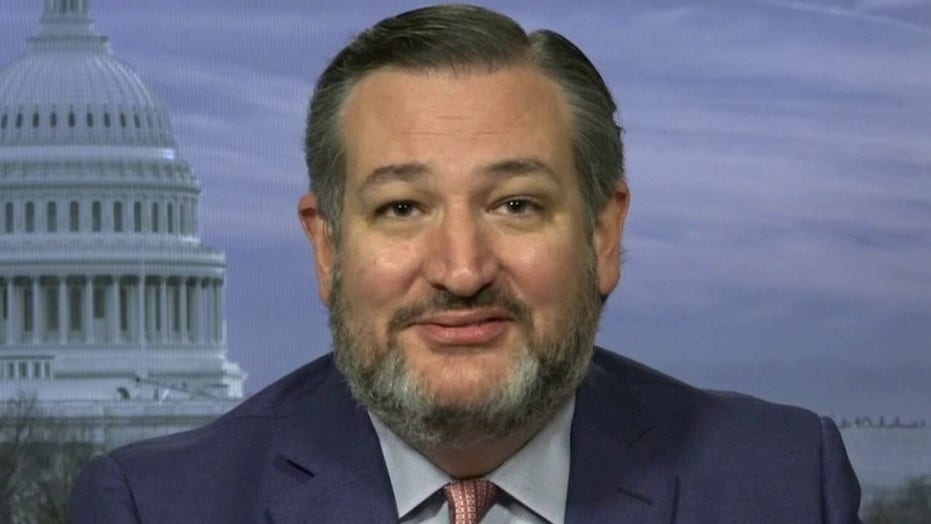 Sen. Ted Cruz, R-Texas, criticizes the Biden administration and their handling of the border crisis on ‘America’s Newsroom.’

Sen. Ted Cruz, R-Texas, slammed the Biden administration’s handling of the border crisis and said Thursday on "America’s Newsroom" that the migrant surge is the "biggest political mess" that the president has.

SEN. TED CRUZ: My reaction to that appointment is, is, wow, Joe Biden really doesn't like Kamala Harris. This border crisis is the biggest political mess Joe Biden has. It threatens to derail the entire administration. So what does he do? He looks to his vice president and says, you take it. It's your problem now, and listen, unfortunately, she is not going to be able to solve this crisis. Why? Because they've created this crisis because of their political partisan commitments that they can't back away from…

So why are we having this crisis at the border? Because when Joe Biden got elected, the first thing he did was stop construction of the border wall. He reinstituted 'Catch and Release,' the failed policy, so that now when we detain illegal immigrants, we let them go. We give them a court date sometime in the future, and many of them never show up, and he ended the ‘Remain in Mexico’ policy, which was this incredibly successful foreign policy accomplishment where the Trump administration had negotiated with Mexico that illegal immigrants from Central America would remain in Mexico while their asylum proceedings were moving forward. All of those had produced real success...

But because the Democrats campaigned on saying ICE is evil, securing the border is wrong because the Democrats support open borders. Kamala Harris doesn't have anything to do other than go down there and let everybody go. I mean, that's the only option that is consistent with the political promises she's made, and I'll tell you, representing the state of Texas, we are seeing illegal immigrants being released in Harlingen, Texas.

The illegal immigrants they're releasing are testing positive for COVID-19 at a seven times higher rate than the U.S. population. It is a humanitarian crisis. It's a public health crisis, and it's a national security crisis.