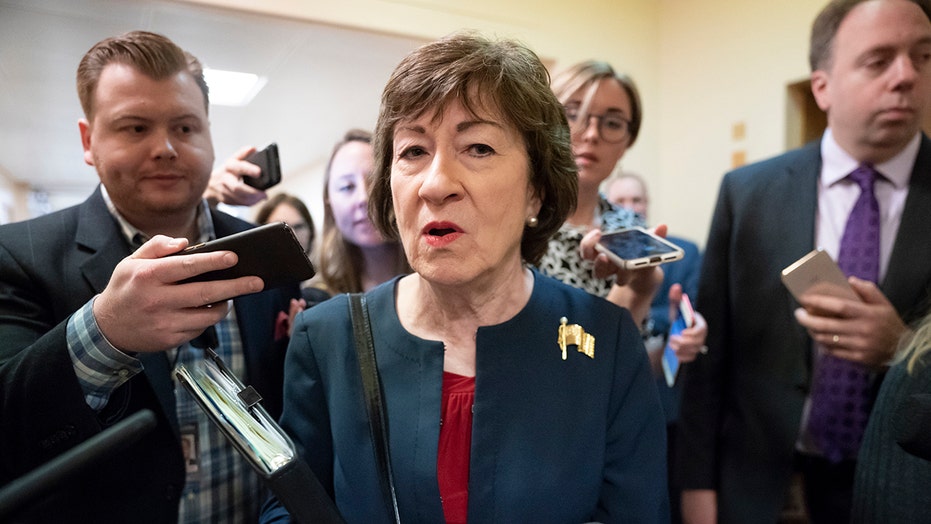 Sen. Susan Collins, R-Maine, refused to say whether she’ll vote for President Trump in November and signaled that she would not campaign against presumptive Democratic nominee Joe Biden.

The self-proclaimed moderate Republican from Maine told the New York Times this week she does not campaign against former colleagues. Biden and Collins worked together in the Senate.

“I do not campaign against my colleagues in the Senate,” she said of Biden, adding that she knows him “very well” from their days in Congress together.

“My inclination is just to stay out of the presidential and focus on my own race,” she added.

Collins publicly announced that she would not be voting for Trump ahead of the 2016 election.

Collins, who has represented Maine in the Senate since 1997, may face one of the toughest reelection campaigns of her career as Democrats from outside the state pour in money for her likely Democratic opponent, Maine House Speaker Sara Gideon, in an effort to take control of the Senate.

The race has been rated a toss-up by the nonpartisan Cook Political Report.

Collins was considered a swing vote in both the confirmation of Supreme Court Justice Brett Kavanaugh and the impeachment of Trump. She split with Trump more than any other Republican senator in the 116th Congress, but she drew the ire of Democrats when she voted to confirm Kavanaugh and acquit Trump.