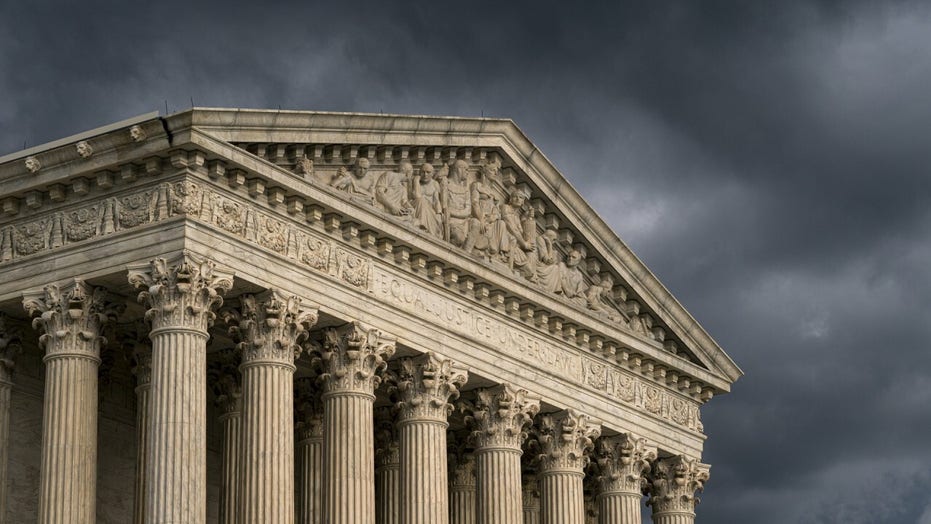 A cheerleader was booted from her team over social media post. Reaction from Ilya Shapiro, Cato Supreme Court Review publisher.

The Supreme Court on Wednesday grappled over the free speech rights of a student who was booted from her high school cheerleading program for an expletive-laden Snapchat post reacting to being cut from the varsity team.

Then-high school sophomore Brandi Levy was given the boot from her junior-varsity cheer team after issuing an off-campus screed in which she said "F--- school f--- softball f--- cheer f--- everything." School officials insist her Internet post disrupted the school environment and warranted her ouster.

But her lawyers argued different rules apply because her rant did not take place during school. They said students should not be forced to "carry the schoolhouse on their backs... everywhere they go."

The justices appeared suspicious of the sweeping arguments from both sides, worrying alternatively about squashing students' rights outside of school or handcuffing schools in their efforts to address bullying or other harmful behaviors.

Brandi Levy speaks with Fox News' David Spunt about a Supreme Court case stemming from a pair of shapchats she posted as a sophomore in high school. (Fox News)

"I'm confused," Justice Neil Gorsuch said in reaction to arguments by Lisa Blatt, the lawyer for the Mahanoy Area School District, where Levy was a student. Gorsuch said Blatt seemed to be contradicting herself on to what extent schools may regulate speech that applies to race and religion.

"You're making Tinker basically a geographic test," Justice Elena Kagan told Levy's lawyer. She was referring to the landmark school speech case Tinker v. Des Moines. But, Kagan continued, with how pervasive the internet is on and off campus, it's difficult to tell "why we shouldn't acknowledge that and allow the school to deal with it."

Gorsuch and Kavanaugh, meanwhile, challenged Levy's lawyers on the more granular point of whether it mattered that Levy agreed to participate on an optional cheer team, where members are held to a higher standard than the rest of the student body.

"It just seems entirely different to be talking about a team and not a school," Kavanaugh said.

SUPREME COURT HEARS ARGUMENTS OVER WHETHER NONPROFITS MUST REVEAL DONORS

"Why doesn't it make a difference that the speech here was addressed, by, in the context of an extracurricular activity?" Gorsuch asked. "I'm moving now from the general to the specific if we're going to write a narrow opinion."

"She didn't actually violate any of those rules," Levy's attorney said, also noting that the school district didn't appeal the case based on any alleged violation of rules from Levy. Lower courts had sided with Levy.

The justices also expressed a general concern over how specific the facts in the case were and whether they would be justified in issuing a ruling as far-reaching as either of the sides wanted. The court under Chief Justice John Roberts has often opted to decide cases on narrow grounds rather than upending or expanding long-established precedents like Tinker, which was decided in 1969.

The issue of speech for students has become complicated in recent years with the phenomenon of cyber-bullying, as schools, students and courts seek to strike a balance over what speech schools can or should regulate.

Some of the justices' most pointed barbs, however, were reserved for Blatt as she presented the school's case.

"Is there in the record something that shows what this young woman did... caused a material and substantial disruption? I don't see much evidence it did," an exasperated Justice Stephen Breyer said.

Brandi Levy, a former cheerleader at Mahanoy Area High School in Mahanoy City, Pennsylvania and a key figure in a major U.S. case about free speech, uses her phone in an undated photograph provided by the American Civil Liberties Union. (Danna Singer/Handout via REUTERS)

He continued to say that if swearing off-campus was punishable by a school, "I mean, my goodness, every school in the country would be doing nothing but punishing."

"It didn't hurt others as far as I'm aware," Breyer said of Levy's post.

Blatt retorted that Levy "targeted the coaches, the sport" and her teammates, adding that someone who would say such things is "not somebody you'd want on the bottom of the pyramid."

Kavanaugh – known for his history as a youth basketball coach – invoked a well-known example of another athlete who was cut from a high school varsity team: Michael Jordan.

"Arguably the greatest basketball player of all time, inducted into the Hall of Fame in 2009, and what does he talk about? He talks about getting cut as a sophomore from the varsity team," Kavanaugh said. "He wasn't joking. He was critical 30 years later. It still bothered him."

Kavanaugh also said that Levy's post indicated that "she's competitive, she cares, she blew off steam like millions of other kids."

"I understand that Michael Jordan was upset, but at some point presumably he was respectful to his coaches," Blatt replied.

A decision in the case is likely in May or June as the justices wrap up their current term, which began in October of last year, ahead of their summer recess.

The Supreme Court is also expected to release major rulings in a number of other cases in the next couple of months. These may be indicative of the direction the court will take with Justice Amy Coney Barrett replacing the late Justice Ruth Bader Ginsburg.