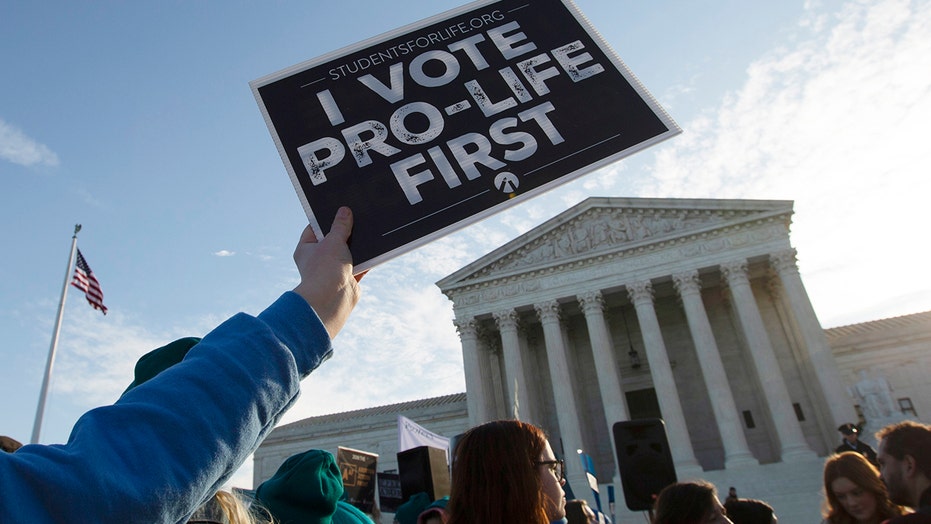 The Supreme Court on Friday postponed its April oral arguments over coronavirus concerns, taking the same action it did with its oral arguments that were scheduled for its March sitting.

The arguments the court postponed were scheduled for April 20-22 and April 27-29. The most high profile argument that was postponed was the hearing of the consolidated cases of Trump v. Pennsylvania and Little Sisters of the Poor v. Pennsylvania. Those cases have to do with the mandate in the Affordable Care Act, also known as ObamaCare, forcing all employers to provide contraception in the health insurance policies that they reimburse.

The Supreme Court said that it may reschedule some cases from the March and April oral argument sessions that were put off before the end of its current term, scheduled to end in June. It also said that it "will consider a range of scheduling options and other alternatives if arguments cannot be held in the Courtroom before the end of the Term."

LGBT supporters gather in front of the U.S. Supreme Court, Tuesday, Oct. 8, 2019, in Washington. This was one of the first days of oral arguments of its current term. It's now unclear whether the Supreme Court will be able to hear oral arguments at all for the rest of the term. (AP Photo/Manuel Balce Ceneta)

These alternatives could mean moving cases to the term starting in October of this year or even resolving cases without oral arguments and just based on written briefs submitted to the court. There is no constitutional mandate that the Supreme Court hold in-person arguments on cases it decides.

The Supreme Court, according to a press release, continues to be open for business, but most employees are working remotely.

The justices continue to hold their regularly scheduled conferences but some are participating via phone and others are doing away with their traditional handshake with every other justice in advance of the conferences -- a tradition meant to preserve collegiality on the tribunal.