Study: Less than 10 percent of new VA hires were doctors 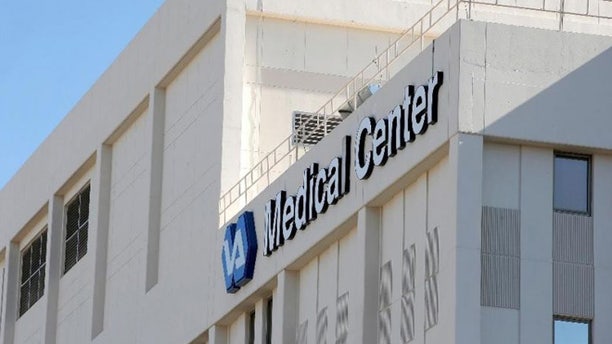 A newly released study hammered the Department of Veterans Affairs for spending a fraction of its budget on new doctors while devoting millions to lawyers and public affairs officials – as thousands of veterans were waiting for care.

The study from OpentheBooks.com shows that between 2012 and 2015, just one in 11 new hires were “medical officers.” The findings are fueling criticism that the VA’s problems amount to more than just resources.

“What’s clear is that money is not the issue – the culture is,” said John Cooper, press secretary for Concerned Veterans for America.

OpentheBooks.com, a government watchdog group that publishes spending records from government agencies, found the VA added more than 39,000 positions (a 12.5 percent increase) between 2012 and 2015, while spending on annual salaries increased by 18.7 percent. The 3,591 medical officers hired amounted to less than 10 percent of the new positions.

Much of the money that could have been directed to hiring new doctors – including $99.1 billion in salaries and bonuses – flowed to VA employees largely outside of the medical field.

The report noted the VA hired 175 lawyers between 2012 and 2015, bringing the total number of lawyers to 1,060 at the cost of $454 million in salaries and bonuses. The VA also directed $99 million to salaries and bonuses for public relations officials, according to the report author.

In addition, the report said the VA paid $1.7 million for surveys; $751.1 million for “household” and “office” furniture; and $303 million for non-essential positions such as painters, interior designers and gardeners.

“It’s pretty difficult to argue the VA is suffering from a lack of resources when it spends money like this,” Cooper said.

The report was released amid the latest controversy over the VA’s attitude toward its veterans.

Secretary Robert McDonald earlier this week dismissed the extensive backlog in the system, saying veteran satisfaction, not wait time, should be the focus – and comparing the issue to lines at a Disney theme park.

“When you go to Disney, do they measure the number of hours you wait in line? What's important is what's your satisfaction with the experience,” he said.

McDonald’s remarks were “shockingly tone deaf” and “calloused,” Adam Andrzejewski, founder and CEO of OpenTheBooks.com, who authored the group’s report, wrote on Forbes.com.

Lawmakers on Capitol Hill voiced similar outrage this week, though McDonald issued a statement saying: “On Monday, I made some remarks on how we’re working to improve Veterans' satisfaction with the care they receive from VA. It was never my intention to suggest that I don't take our mission of serving Veterans very seriously.”

The VA scandal that was exposed two years ago concerned reports that veterans were dying while waiting for care, and that officials were covering up how long the wait-times really were.

But a separate report also found that VA doctors are not overworked or overbooked.

The Independent Assessment of the Veterans Health Administration reported in September that VA doctors only consult with 10 to 12 veterans per day, which is just about half the number of patients private consultants see.