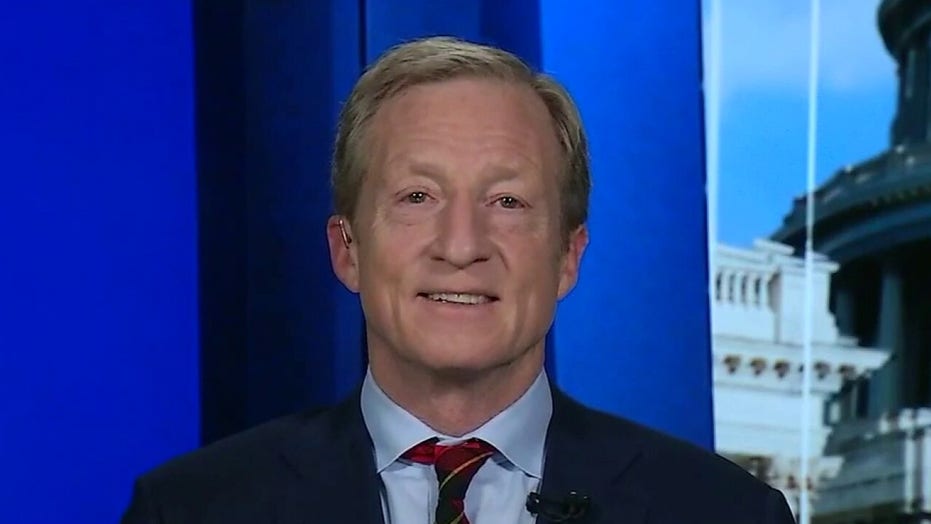 Tom Steyer on performance in Nevada, expectations for South Carolina

Billionaire Tom Steyer recognized his campaign may be nearing a make-or-break moment after another disappointing showing in the Nevada Caucuses, but looked to minority support in South Carolina as key to success in that state’s upcoming primary.

Steyer had said he was hoping to finish in first or second in Nevada and South Carolina, but after finishing fifth in Nevada, he now agrees that he needs to come in at least third place in the next contest.

“I think I do, for sure,” Steyer told “Fox News Sunday” host Chris Wallace

This remains a possibility, as a recent RealClearPolitics polling average places Steyer in third place, ahead of former South Bend, Ind., Mayor Pete Buttigieg and Sen. Elizabeth Warren, D-Mass. Steyer credited this to his popularity among black and Latino voters.

Wallace brought up criticism that Steyer has received after he put black Democratic leaders on his payroll, with the former head of the Charleston County Democrats accusing Steyer of paying people off for their support.

"What we found is, if you want to organize in a community, you have to work with people from the community, and that's exactly what we're doing in South Carolina," he said.

Steyer pointed to his willingness to discuss race as a factor in the support he is getting from minorities. He touted his commitment to environment justice and how environmental problems affect poorer minority neighborhoods more than others, as well as his consistent support for reparations for slavery.