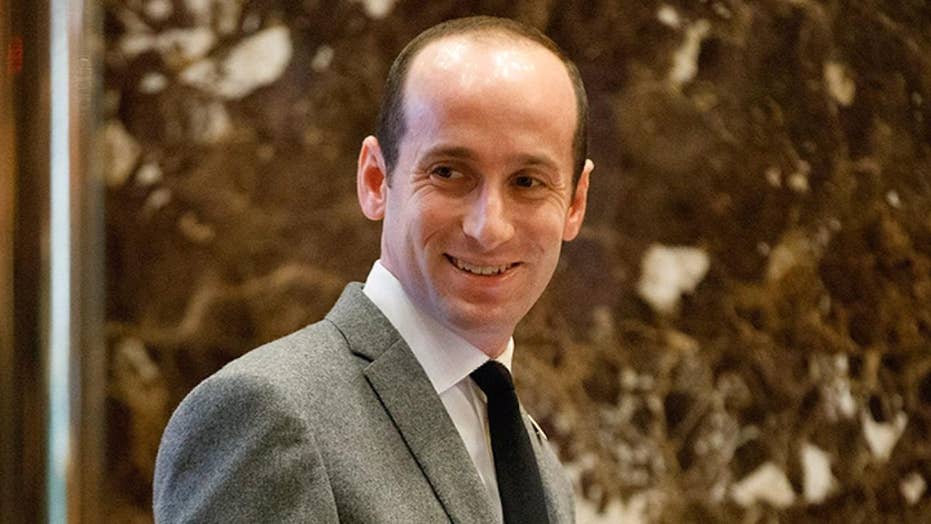 Stephen Miller: What to know

Here are some facts you may not know about the senior policy advisor for President Donald Trump.

A maternal uncle of Stephen Miller, President Trump’s immigration architect, said his wedding gift to his nephew is a donation to a pro-refugee group, according to reports.

Monday afternoon, David Glosser, a retired neuropsychologist wrote on Facebook: “I'll be making a contribution to HIAS, a world wide agency that serves to protect refugees and helped to rescue my family from Czarist oppression in the Russian Empire in 1906. Had our refugee forebears not been helped to emigrate to the USA, they and their children would have been murdered by the racial madness of Nazism; as were the 74 of our relatives who were shut out of America by the race/religion based immigration exclusion act of 1925 enacted by the ‘America First’ populists of the day. Protect the refugee and welcome the stranger...they built America.”

Trump spent over two hours at Sunday’s festivities at the Trump International Hotel, where the White House announced that the president was attending the Miller wedding.

Retired neuropsychologist David Glosser, a maternal uncle of Stephen Miller, President Trump’s immigration architect, said his wedding gift to his nephew is a donation to a pro-refugee group, according to reports. (Getty / Fox News)

The combative Miller has been one of the White House’s most conservative and influential voices in pushing the moves that Trump has taken to keep immigration in check. He has been widely viewed as the driving force behind the administration’s hardest-line immigration policies.

Glosser hasn’t spoken to his nephew since 2015, and he has been a vocal critic, including authoring a viral op-ed published by Politico in 2018.

“The advancement of policies which legitimize the use of racial, religious hatred and fear is a danger to everybody in our country,” Glosser told The Huffington Post on Tuesday. “The Trump administration pushing hatred in pursuit of political power is the kind of moral rot exploited by authoritarian regimes.”