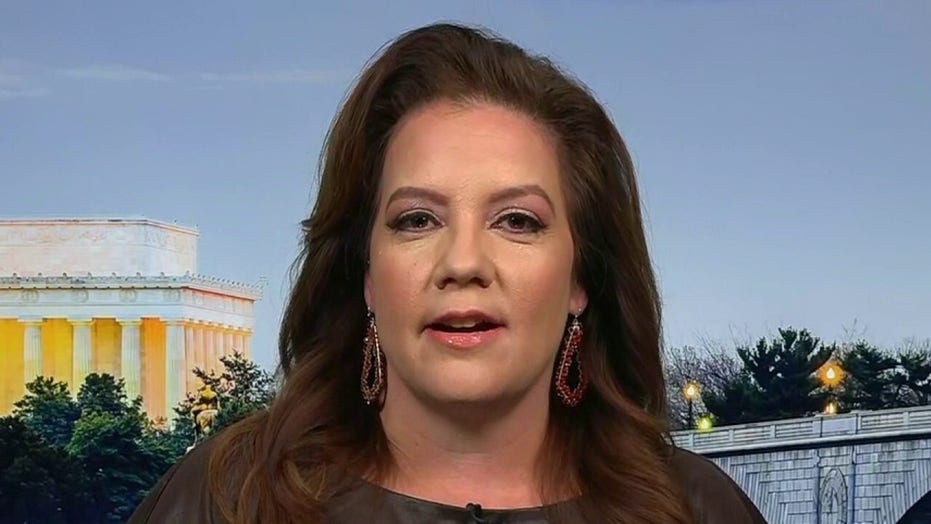 Senior editor at The Federalist Mollie Hemingway reacts to the public reaction of President Trump testing positive for coronavirus.

Rep. Rashida Tlaib, D-Mich., slammed President Trump on Friday after news that he and first lady Melania Trump had both tested positive for coronavirus.

Tlaib, dubbed part of a liberal "Squad" of freshman congresswomen who have relentlessly criticized Trump's handling of the coronavirus pandemic, lashed out on Twitter.

"He still won't wear a mask. He only cares about himself and his life, NOT those around him or the people he took an oath to protect. Too many lives lost because of his deadly lies," Tlaib wrote.

Her comments come just days after Trump, during the first presidential debate, mocked Democratic nominee Joe Biden for wearing a mask constantly to help stop the spread of the virus, which has killed over 200,000 Americans.

Trump has repeatedly tried to downplay the severity of the virus, held large campaign rallies across the country where attendees flouted mask mandates and social distancing protocols and opposed implementing a national mask mandate.

Tlaib has also pushed the administration's Treasury Secretary Steven Mnuchin to prioritize another round of $1,200 stimulus payments to Americans in the next relief bill, which remains at a stalemate.

Earlier in May, Tlaib introduced a proposal with fellow Squad member, Rep. Pramila Jayapal, D-Wash., to give Americans reoccurring payments of $2,000 a month for the duration of the coronavirus pandemic.

Although Republicans and Democrats originally agreed on renewing $1,200 payments to every American to avoid economic collapse, talks broke down amid disagreements on other portions of the bill.

House Speaker Nancy Pelosi and Mnuchin continue to struggle to reach a bipartisan agreement, but Pelosi said the House would move forward with a vote as soon as Thursday on a $2.2 trillion relief bill.