Pelosi said the decision followed a notice from Acting House Sargeant at Arms Timothy Blodgett that a public health emergency remained in effect. Remote voting procedures were implemented last May as a precautionary measure and have been extended despite pushback from some GOP lawmakers.

"In light of the attached notification by the Acting Sergeant-at-Arms, in consultation with the Office of Attending Physician, that a public health emergency is in effect due to a novel coronavirus, I am hereby extending the "covered period" designated on January 4, 2021, pursuant to section 3(s) of House Resolution 8, until July 3, 2021," Pelosi said in a letter to colleagues.

Remote voting was enacted through a party-line vote last May, marking the first time that Congress allowed lawmakers to cast votes while off the floor. The provision drew criticism from Republicans, including House Minority Leader Kevin McCarthy and Minority Whip Steve Scalise who have argued it is unconstitutional and granted the Democrats undue control over congressional proceedings. 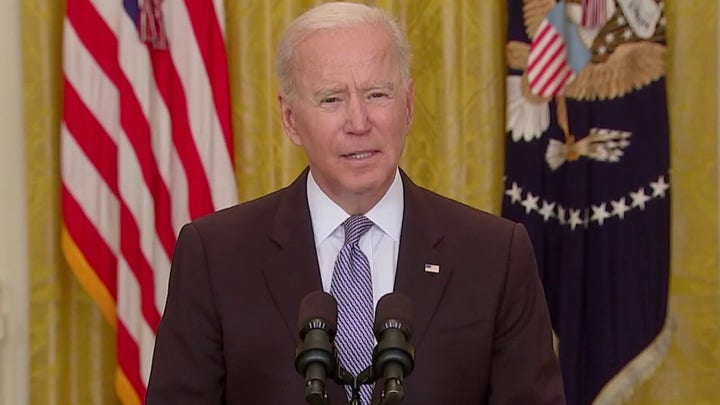 In a letter earlier this month, a group of more than 30 House Republicans called on Pelosi to return to normal procedures.

Last week, Pelosi indicated that a mask requirement would remain in effect for the House chamber despite updated guidance from the Centers for Disease Control and Prevention, which said fully vaccinated Americans did not need to wear masks in most settings.

A spokesperson for Pelosi told Bloomberg that the requirement would remain because it was unclear how many lawmakers and staffers were fully vaccinated. In late April, the speaker estimated that about 75% of lawmakers were vaccinated.

Brian P. Monahan, the attending physician for Congress, said the requirement should remain in place until "until all Members and floor staff are fully vaccinated."